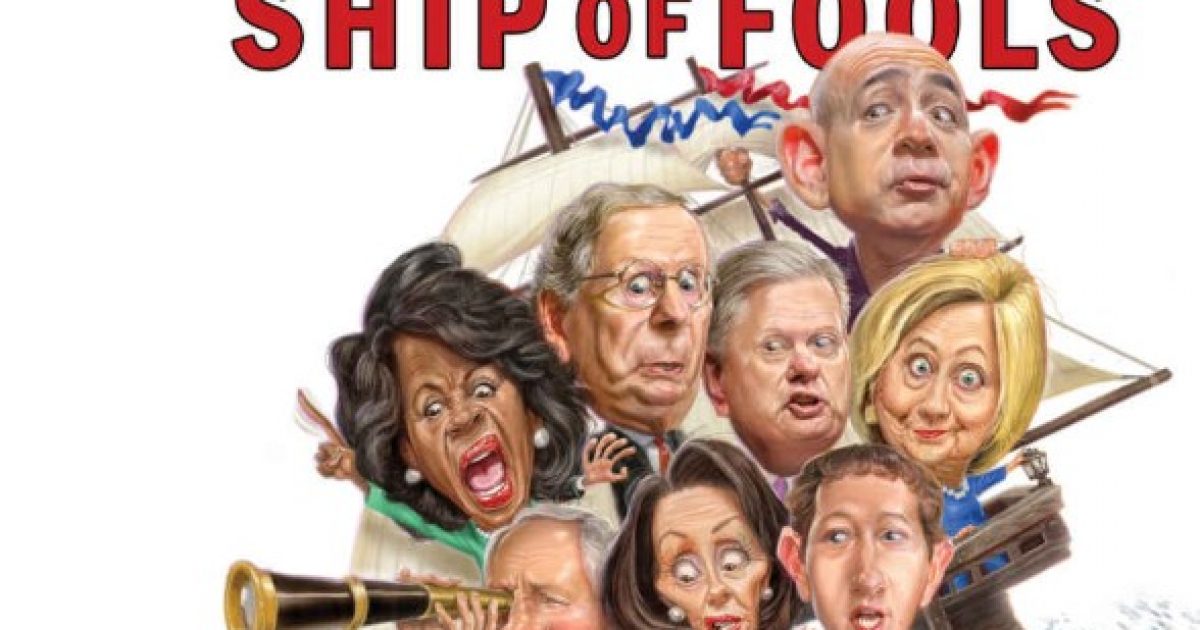 I absolutely loved Tucker Carlson’s new book, Ship of Fools: How a Selfish Ruling Class Is Bringing America to the Brink of Revolution. The book is about populism, politics and how both conservatives and liberal elites have changed their views over the last few decades, but it also had a great chapter on men and women that produced some memorable quotes. Enjoy!

10) Yet modern feminists behave as if fertility is a threat to be feared and conquered. They devalue the one irreplaceable thing women do. They clearly believe that having children is less impressive than working at an investment bank.

9) Girls thrive when boys fail. This is the underlying assumption of modern feminism, and it’s reflected in education policy, especially on college campuses.

8) In the face of evidence that men are falling behind, the stated aim of most politicians is to raise women’s wages to parity or above men’s. There’s nothing inherently wrong with that. But it’s notable that most women, the very population on whose behalf these policies are supposedly created, strongly prefer to marry men who make more than they do.

7) One study found that fully one in five high school boys had been diagnosed with hyperactivity disorder, compared with just one in eleven girls. Many were medicated for it. The long-term health effects of those medications aren’t fully understood, but they appear to include depression in later life.

6) Increasingly, having a father at home is a sign of affluence. But it is also a cause of affluence, especially for boys. Boys who grow up with a father at home earn much more as adults. Boys who grow up alone with their mothers tend to earn less. They also have more disciplinary problems in school. They read less, and less well. They’re less likely to graduate from high school or go to college. They are more likely to be unemployed and to live in poverty. They get married less often, and when they do, they divorce more. They’re more likely to be obese and have asthma. They’re far more likely to abuse alcohol and drugs, exhibit antisocial behavior, and commit acts of violence. As adults, they’re twice as likely to go to prison.

5) The average American man dies five years before the average American woman. One of the reasons for this is addiction. Men are more than twice as likely as women to become alcoholics. They’re also twice as likely to die of a drug overdose. In New Hampshire, one of the states hit hardest by the opioid crisis, 73 percent of overdose deaths were men. But the saddest reason for shortened life spans is suicide. Seventy-seven percent of all suicides are committed by men. The overall rate is increasing at a dramatic pace. Between 1999 and 2014, there was a 43 percent rise in suicide deaths among middle-aged American men. You often hear of America’s incarceration crisis. That’s almost exclusively a male problem, too. More than 90 percent of inmates are men.

4) One of the most influential books in recent years is Sheryl Sandberg’s Lean In, a guide to empowerment for women in the workplace. Published in 2013, Lean In sold more than two million copies and spawned a nonprofit foundation that organizes support groups for professional women around the world. Sandberg lays out her thesis in the book’s introduction: “A truly equal world would be one where women ran half our countries and companies and men ran half our homes,” she writes. “I believe that this would be a better world.” Sandberg’s words are invariably characterized as a vision of equality, but that’s not quite what they are. What Sandberg is describing is sameness, a world where men and women are interchangeable parts, like widgets in a bin awaiting assembly.

3) In 2018, more girls than boys will graduate from high school, and with higher grades. That’s not surprising, given that women’s IQ scores are rising faster than men’s are. Since about 1980, women have been more likely than men to go to college, as well as to stay there and graduate, and that trend has dramatically accelerated. The average four-year campus is now 55 percent female. Women still live longer than men, as they always have, but now they have better credit ratings, too. Single women buy homes at more than twice the rate of single men. For the first time since cars replaced horses, more women than men have driver’s licenses. When they run for political office, women are as likely as men to win elections. Women now constitute the majority of professional workers in the United States. Most managers are female. The wage gap between men and women has shrunk to almost nothing. In some jobs, women already make more than men.

2) Did feminism make women happy? We don’t have to speculate. Since 1972, researchers at the University of Chicago have collected data for a project called the General Social Survey. The purpose is to measure the changing attitudes of Americans. They’ve discovered a lot of interesting things, but maybe the most striking is this: women have become dramatically less happy over the past forty years. In the early years of the study, women reported greater happiness than men. They’ve become progressively less content ever since. Men are now considerably more satisfied with their lives than women are. That’s true across demographic groups, regardless of income. It’s not about money.

1) When motherhood is less valuable to society, so are women.