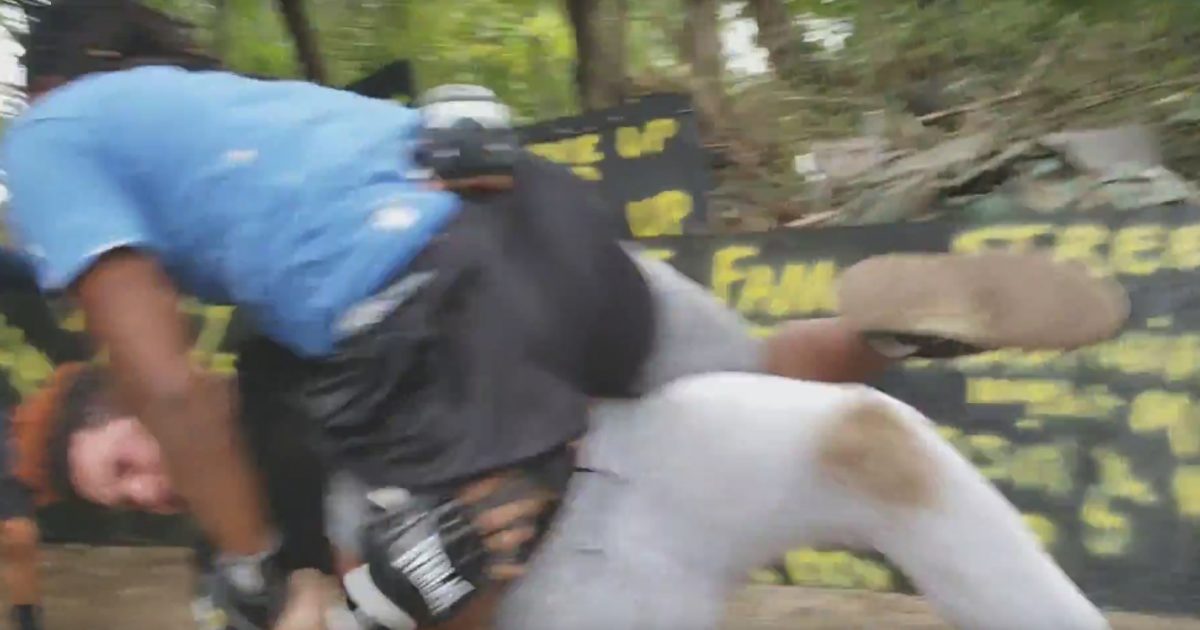 I had never heard of “steetbeefs,” but I found this video to be really interesting because…

#2) Echoing one of the commenters, “Thats the bro-iest thing I’ve ever seen, beating the absolute sh*t out of each other and then helping each other up and hugging it out in the end.”

#3) There’s some guy named “Kuntry Hoodlum” fighting in a backyard who has a grappling coach yelling instructions to him from the sidelines.

#4) As rudimentary as the grappling is, it’s still better than what everyone not named Gracie was doing back back in 1993 when the UFC debuted. Now, pretty much all the UFC guys are relatively high level grapplers and even the dudes in back yards know a little something. It’s amazing how much the Gracies changed martial arts.