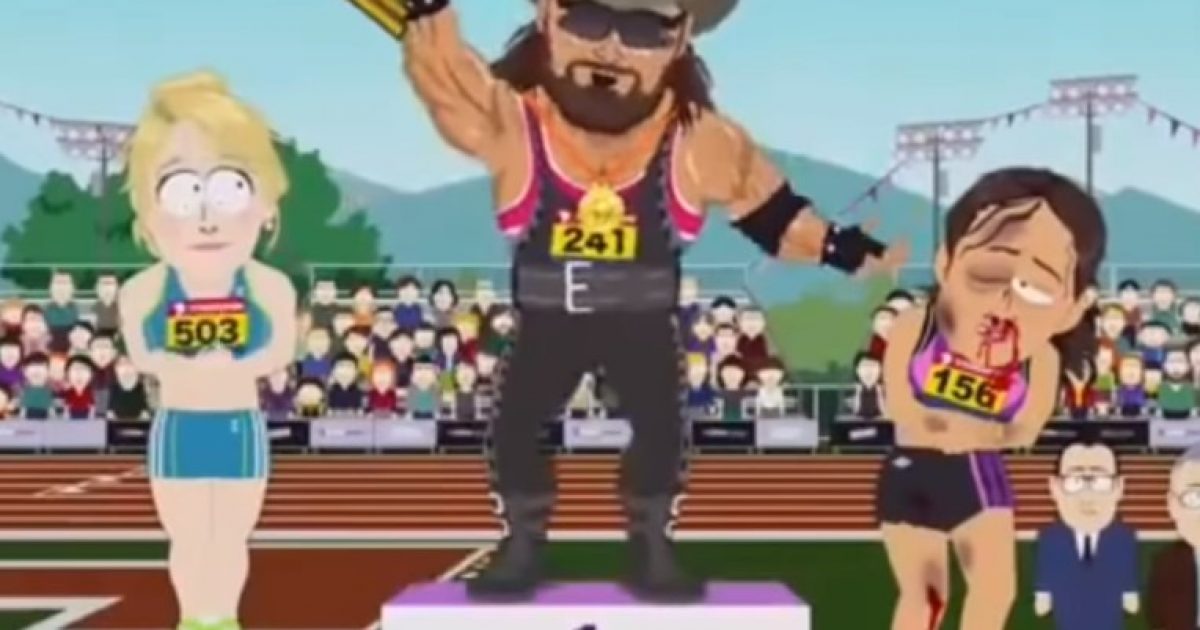 Saying what everyone really thinks about transgender athletes when criticizing them is almost the most politically incorrect thing you can do is classic South Park. Let’s start with the promo.

If you want more, here’s a longer version from the episode.

When we started pretending or I guess more accurately, demanding that trans-people be treated as the gender they were pretending to be, it opened the door to men claiming to be women to compete against real women in sporting events. Of course, the relatively new answer to this is that there are no gender differences between men and women when it comes to sports. This is refuted by almost all of human history, where men outperformed women in nearly every way imaginable when it comes to sports and athletic performance. You can find an almost unlimited number of examples that show this. Just to name a few…

So, when you take someone who was born male and grew up with male hormones coursing through their bodies and put them in an athletic competition against women, they have an enormous advantage over real women. Even if they’ve had surgery. Even if they’re on female hormones. Even if they’re taking testosterone suppressing drugs, which is the latest laughable thing they’re doing to try to even the playing field. Suppressing hormones in an athlete today doesn’t get rid of the height, bone structure, and strength that has already benefitted them. Does anyone think Lebron James wouldn’t average more than 100 points per game in the WNBA whether he had low test or not?