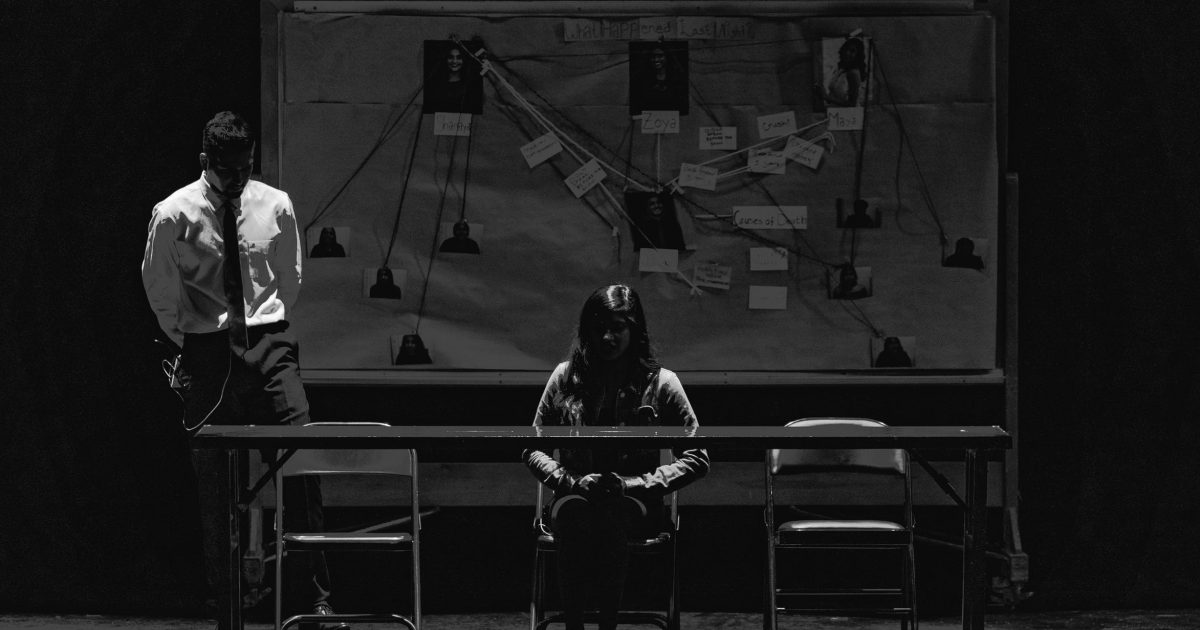 “We have now sunk to a depth at which the restatement of the obvious is the first duty of intelligent men.” – George Orwell

Have you heard about the new standards for sexual assault that liberal feminists have created? It’s called “Yes means yes” and its uglier cousin is called “enthusiastic consent.” See, the idea isn’t just that a woman is willing if she doesn’t say “no” or even if she consents; the new feminist standard is that she must verbally consent enthusiastically… or it’s RAPE!

This subject came up quite a bit when Aziz Ansari’s now infamous bad date was revealed. In case you’ve forgotten, here’s the short and sweet version of what the woman in question claims happened that night.

* Within 10 minutes, they are both naked and giving each other oral sex. Ansari wanted to go further, but she says they should go slower.

* They make out. She lets Ansari touch her vagina.

* Over the next 30 minutes they make out; he moves her hand on his penis multiple times, but she says she was physically reluctant.

* Ansari explicitly asks her for sex and she says they’ll do that on the next date.

* She goes to the bathroom for five minutes.

* She comes out and says she feels forced. Ansari says, “Oh, of course, it’s only fun if we’re both having fun.”

* Then they both sit down on the couch.

* He pushes for sex again.

* She verbally says she doesn’t want it. They sit on the couch again and watch Seinfeld.

* Ansari kisses her and moves to take off her pants. She gets angry at this point and gets up to call a car. Ansari then calls her a car.

* She then gives an interview designed to embarrass Ansari and accuses him of sexual assault.

Quite a few people on the Left agreed with her. Me? I agreed with a female friend of mine on Facebook who said, “don’t put a guy’s d*** in your mouth and expect him to guess that means you aren’t into him.”

Of course, the Ansari incident was just the tip of the iceberg. Here are a few articles that give you a better idea of what liberal feminists are pushing to impressionable college students.

* “ What’s So Confusing About ‘Enthusiastic Consent’? Not being a rapist appears to be hard work for some of us.”

* “The concept of affirmative consent dictates that ‘yes means yes’ and that only an enthusiastic ‘yes’ constitutes sexual consent. But what is not consent? …If someone says ‘no’ and you beg them or tell them they owe it to you or that you’ll be unhappy with them otherwise or keep trying until they give in, they’re not consenting. They’re just expressing consent because they don’t feel like they have a choice, and consent can only be given when there’s a choice.”

* The “Affirmative Consent Standard” refers to the idea that sexual consent can never be assumed. Whoever initiates sex has the responsibility to ask for and receive a verbal “yes” (you must get verbal consent) from a sexual partner before pursuing any level of sexual contact. Requires verbal consent for each and every sexual act you would like to pursue with your partner. (Because if you do not have your partner’s consent for sex, then it’s RAPE).

I could go on and on with these examples, but here’s one more that just came out at Vox that puts an exclamation point on all these stories. The Facebook title and blurb was “My husband pressured me into sex for years. #MeToo must include sexual assault in marriage. And why it’s so hard to talk about.” The piece was quite noteworthy in that there was no actual “sexual assault in marriage” described in the column. Instead, the piece written by an anonymous author seemed to assert that her inability to tell her husband “no” was the equivalent of sexual assault.

First of all, liberals love to suggest that conservatives “need to get laid” or that we have hangups about sex. It’s a common insult. Yet, liberals approach sex like space aliens suggesting improvements to human mating rituals that they don’t quite understand. Humans have been figuring out how to have consensual sex with each other for 200,000 years, yet you get liberals involved in it and suddenly it becomes an unworkable hopeless mess.

Look at what liberals actually want us to do every single time we have sex.

Man: May I kiss you?

(After a couple of minutes)

Man: That’s enjoyable. May I kiss your neck?

Man: May I touch your breast?

Man: Wait, now do I need to ask if I want to kiss you AND touch your breast at the same time?

Woman: YE….wait, I actually don’t know. Maybe we should look it up on the Internet.

Man: Well, I am still not really sure. Maybe we could just make that a rule between us?

Woman: Wait, are you saying that…screw it! Whatever. YES!

Man: May I pull off your pants and touch your butt?

Woman: What, you want me to yell “yes” at the top of my lungs?

Man: Well, I mean, I don’t want to be a rapist or anything. 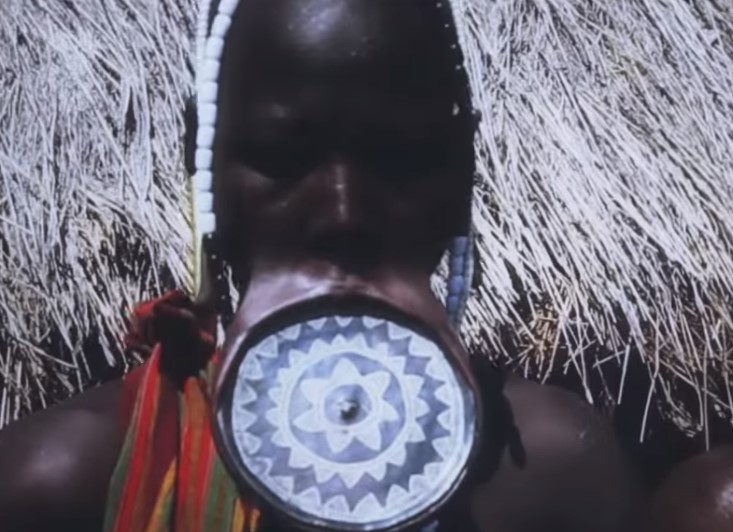 If there are people who walk around with plates in their lips, you can be sure there are other people having dumb, unnecessary mood-killing robotic conversations every time they have sex. However, percentage-wise, there aren’t a lot of people who will be doing something so ridiculous.

So, why would anyone even suggest something so stupid? Well, you have to understand the motivations of the people pushing these dumb ideas. If you’re a far left-wing feminist looking to one-up everyone on a subject you care greatly about, like rape, how can you do it? After all, in the United States, rape is as universally condemned as something can be. So, in that case, how do you appear more sensitive than other people? Simple: you create controversial new definitions of rape that large numbers of people will disagree with. Then you can claim to be more sensitive than other people because you back the enlightened new standards that must be better than the old ones by virtue of the fact that a group of angry, dysfunctional, man-hating feminists say so. Some feminists would claim they’re actually trying to prevent confusion that leads to rape, but that’s ludicrous. Rape doesn’t happen because of confusion. It happens because evil people will sometimes do evil things when they think they can get away with it. The sort of man who’s willing to force a woman down and have sex with her or take advantage of her while she’s unconscious isn’t going to change his mind about that because you tell him about “yes means yes” or “enthusiastic consent.” They know what they’re doing is wrong; they just don’t care.

Of course, we also can’t forget that colleges are trying to turn their charges into snowflakes who never offend anyone (except the people who deserve it — like conservatives, Christians, people who think for themselves, etc.). Don’t they have “safe zones” because words might hurt people? Aren’t students supposed to avoid “microaggressions?” Don’t these “kids” need ball pits and therapy dogs to make it through the day if they hear a message that they don’t like? Well, then isn’t it understandable that a lot of millennial women are hesitant to say “no?” After all, Little Johnny might be so crushed if you don’t get naked for him. It must offend him or hurt his feelings if you reject him and as we’ve been told countless times in recent years by liberals, screw your logic and reasoning; whoever is upset, offended and outraged is right.

So, we need to rewrite how consensual sex has worked for thousands of years to make feminists feel more woke and to make up for the fact that some girls don’t like telling a man “no.” Quite frankly, if this didn’t impact anyone other than already miserable feminists and a few women’s studies dopes, I wouldn’t care, but what they are in effect demanding that society do is to give women the ability to arbitrarily charge men with rape. Oh, you both had a few drinks and then had sex? Then he raped you. Oh, so you got naked and gave him oral sex, but he didn’t verbally ask before he rolled over and the two of you had sex for 15 minutes? That’s rape. Oh, you said, “yes,” but he seemed like kind of a jerk later, so you’re saying your consent wasn’t “enthusiastic?” Wow, you’ve been raped. You either have to hate men, desperately want to please women who hate men, or be baffled by human nature to support something like this.

As I told a female friend who didn’t feel great about telling a guy she liked “no,” “That’s your job. Most men will try to sexually escalate the situation as far as possible, as quickly as possible just like it’s their job. On the other hand, your job is to say ‘no’ as often as necessary to stop the two of you from doing anything you don’t want to do.” In other words, when you’re talking about consent, women already have all the power. The men can beg, pout, bargain, complain or pressure all they want, but the women are always the ones who get to decide exactly how far a consensual sexual encounter is going to go. If you’re a woman and that’s too tough for you, then maybe you’re just not ready to have sex.