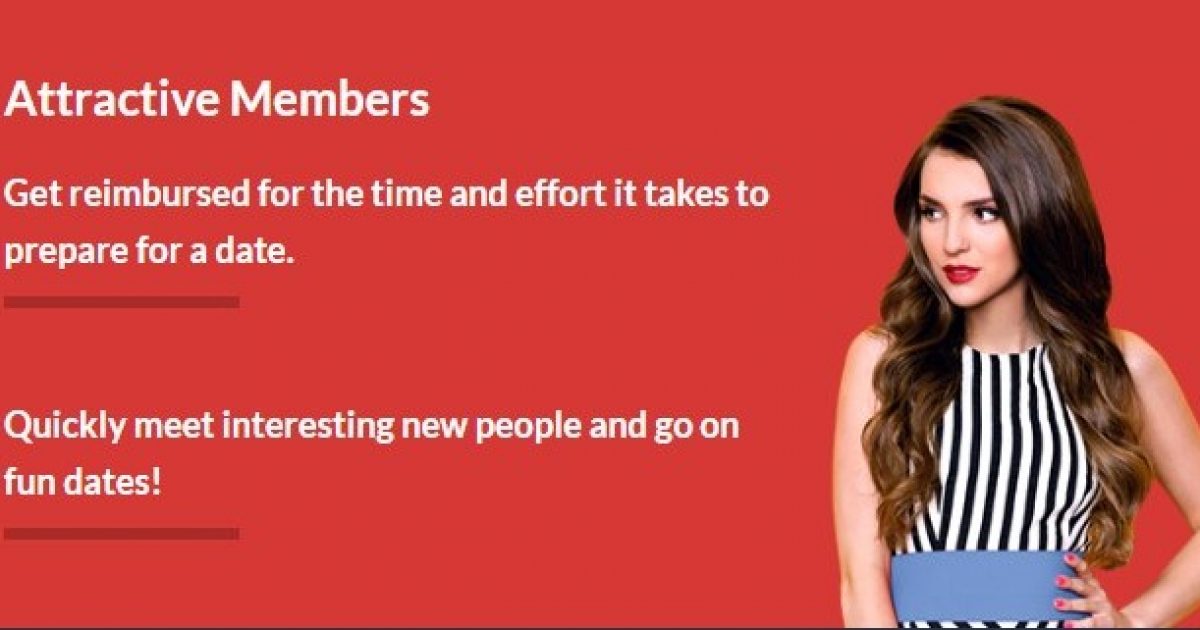 I get why a guy would have a sugar baby, especially in a big city or college town. He can get laid regularly and con himself about the fact that’s he’s using a prostitute. “No, no. She’s not a prostitute. We’re dating! It’s just mandatory that I take her out shopping and give her tips after sex. It’s not crazy expensive compared to ‘regular’ dating and I can always just dump her and pick out another girl when I want to have sex with a different woman!” I wouldn’t recommend that, but I do get that.

This, if I am understanding it correctly, I do not get.  Okay, I do get it. If this isn’t some secret sugar baby website, it’s like the real life equivalent of giving some cosplay model who doesn’t care if you live or die money on Patreon every month.

A single mum (Sabrina Perez) who had been struggling with mounting debt has revealed how she made almost $10,000 in a year by charging men to take her on dates.

…But then, a friend told her about WhatsYourPrice.com, where affluent suitors bid generously for the chance to go on a first date with attractive singletons.

…Hitting back at anyone who thinks this is like escorting—something the site specifically bans—she said:

“People have a huge misconception about the sorts of girls who use WhatsYourPrice, but really, it’s no different to dating in the real world in that, if you don’t want to go out with someone, you don’t have to.”

“You don’t owe these men anything, and most of them just want a companion. But, if you do get someone interested in one thing, you just move along.”

…Within 24 hours of setting up her profile in early 2018, the messages began to flood in—and with them, the bids.

…Within days, Sabrina had secured her first date with a bachelor 15 years her senior, who paid $300 to take her to an upmarket Italian restaurant.

…Though she no longer sees the man she first went out with, Sabrina has since gone on a string of dates with other would-be suitors.

Incidentally, the website does make a huge deal about not allowing escorts to use the service and so, let’s assume that’s legitimate.

Why would you use this website if you’re a guy? If she’s really attracted to a guy that asks her out, she will happily go for free. So, what does that say about the guys PAYING to go on dates with her?

A man in that situation is setting up this frame where he is so worthless that he needs to pay her more than 100 dollars an hour just to pretend to be interested in him. Assuming she’s not an escort, why would she have sex with him under those circumstances? Women don’t find that attractive. Better question, assuming she’s not an escort, why would she want to be with you under those circumstances? Maybe because you’re so loaded that she could see marrying you, sponging off you for a few years while she has sex with her tennis instructor and waits just long enough to get “half” in court. But, she can’t love and respect you under those circumstances because you’re not better than her or even her equal, you’re just some sad loser who actually paid a significant amount of money just to be graced with her presence on a pretend date. It’s sad really, doubly so since a lot of these women probably have “REAL” boyfriends that they laugh about these phony dates with before they have sex because they WANT TO DO IT.

Think about Sabrina Perez. If she made $10,000 on that website, what is she doing? Going on dates, collecting her money and moving on. It’s just like a stripper or prostitute, but the poor saps she’s with get even less out of it.