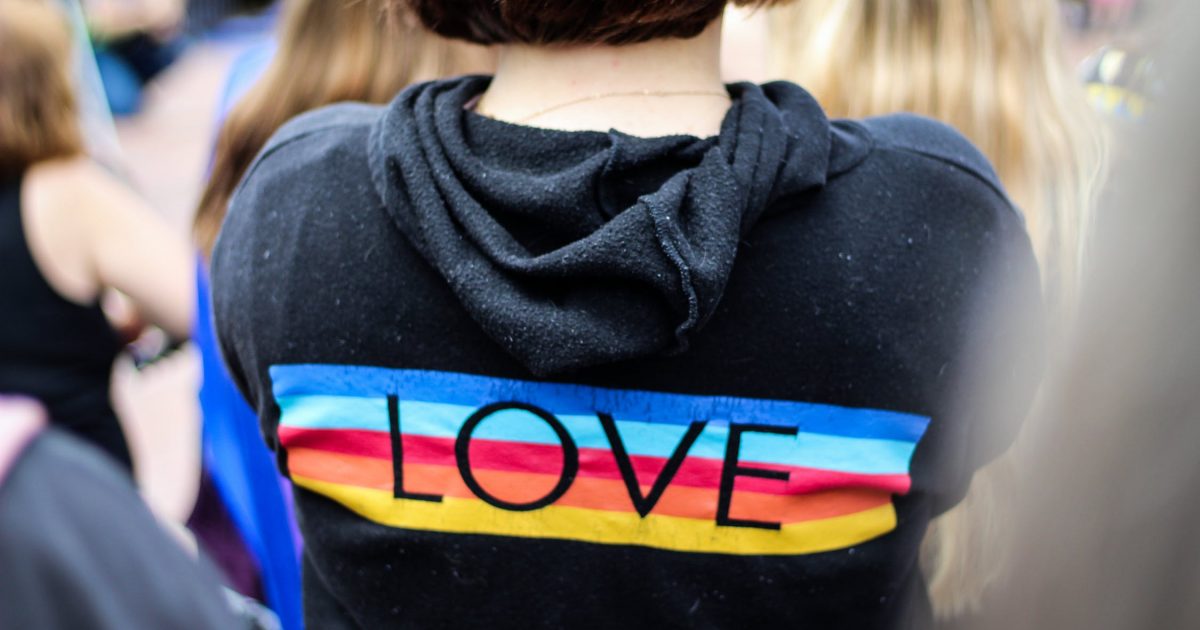 This kind of thing is apparently a real dilemma for the millennial generation because stories like this seem to crop up semi-regularly:

I (19F) met my boyfriend (22M) online about two years ago and we really connected from the very beginning. We’ve maintained a surprisingly great LDR and he has always sent me real pictures of his face, but his body didn’t match up, and has never shown below his shoulders during facetime calls. I was quiet about it the whole time so he wouldn’t feel pressured or insecure. A few weeks before finally getting to meet him, he finally came out to me as being a transgender man and basically catfishing me with pics of a cis guy. I’ve dated trans guys before, but never anything serious and I knew beforehand. I feel kind of betrayed in a way?? He’s wonderful and I love him to death, I hate that he felt he had to lie to me for two years, bragging about his “big dick” and even about his height.

Sex with him is fine but not what I expected at all. The strap on feels cold and fake and we can’t do too many positions because of it. I get anxious trying pleasure him because I’m so thrown off by his vagina and I feel extremely guilty for it, especially since he’s addressed he wants oral sex. It’s just that I’ve spent so much time fantasizing about sex with who I thought was a cis guy. I know I’m in the wrong here but I can’t stop feeling jealous of other couples. I love him so much though I get so frustrated about it I find myself crying. I’m mostly attracted to him and he’s the best guy I’ve ever been with otherwise but I don’t know how to stop feeling this way. Am I transphobic?

Small update: so okay I’m not transphobic. I still feel like a huge bitch though. I haven’t had too much experience dating so saying he’s the best I’ve been with is true but kind of a bold statement. This is heartbreaking for me because I thought so highly of him, I might see if he just wants to be friends?

So, she got CATFISHED by a woman pretending to be a man and she has been so brainwashed not to be “transphobic” that she says, “I know I’m in the wrong here” and “I still feel like a huge b*tch.” Meanwhile, the whole relationship was built on the lie that she was a man. The fact that she went through with it anyway is MIND-BOGGLING to me.

What if they do? F*** them. You don’t have to have sex with or date anyone you don’t want to be with. There is no special carve-out for gays, transsexuals, races, religions, genders or anything else there either. Don’t turn your whole life into a lie because you’re afraid of being judged.

PS: Get away from your “boyfriend.” She’s bad for you.