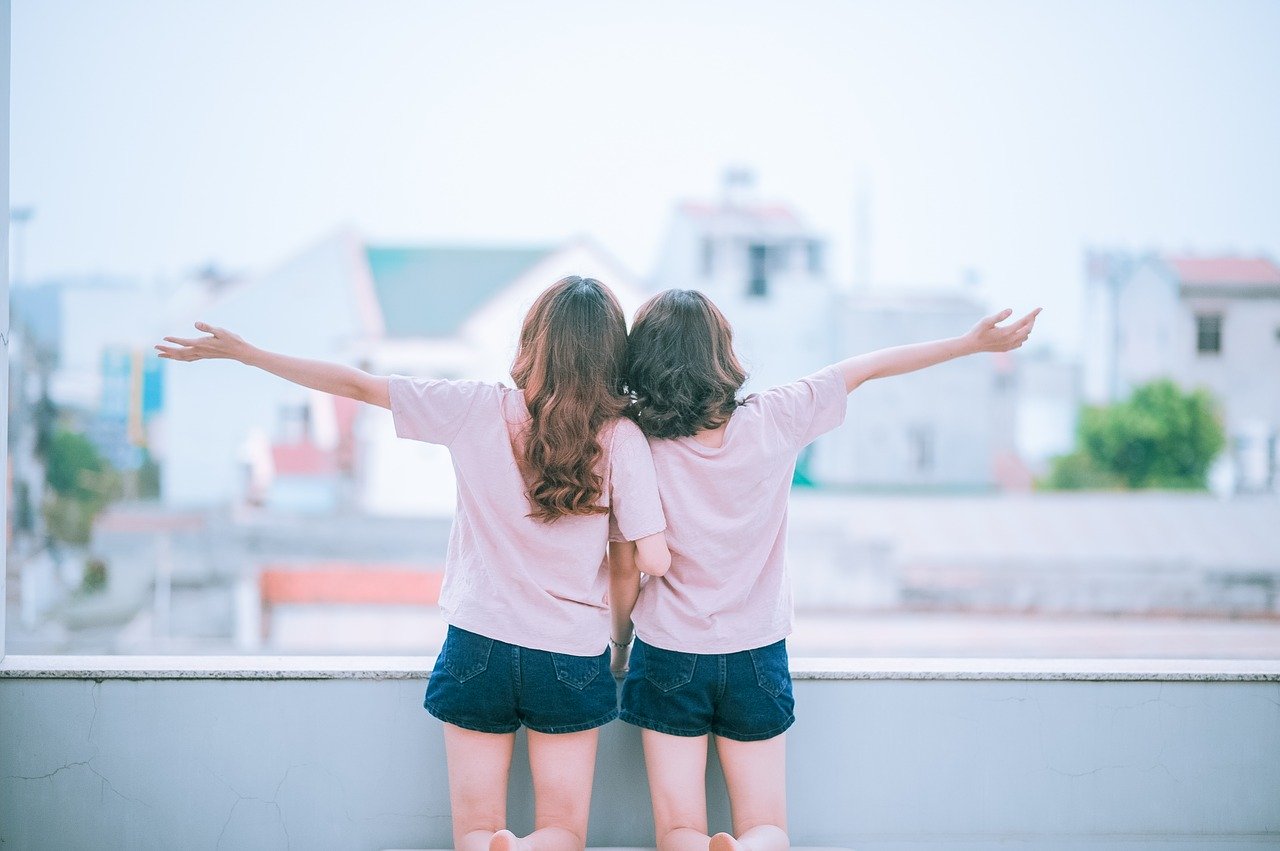 So, she’s not quite as much of a lesbian as she thinks she is…

As I ran my hands through my roommate’s chest hair, it hit me that I hadn’t had sex with a man in three years. That was the length of time that had passed since I’d fallen in love with a new friend on a backpacking trip to Europe and subsequently realized I was more attracted to women. Even after that relationship fizzled, I started hanging out at lesbian bars, continued dating women, and even came out to mother. In my life, the chapter on heterosexual romance, I thought, was closed. But times are different now. Anything is possible in a pandemic. I held up my hands as he lifted my sweater over my head. My desire was strong and surprising.

…Dressed in stained sweatpants, I pulled my stringy hair away from my face with a clip. I had downed two glasses of wine already; the news that all the restaurants in the city were ordered to close had filled my feed, as had the skyrocketing death toll in Italy. The world was changing every hour, and for the worse. I struggled to locate myself in the midst of chaos and fear.

He showed up with a bottle of wine and a smile. We sunk down on opposite ends of the couch, offloading our anxieties about the pandemic. Why had I never noticed his mop of curly hair? His almond-shaped eyes? After a bottle of wine, our feet accidentally touched. I yanked them back. We drank another bottle. I could feel his eyes on me, but I couldn’t return his gaze. He reached for my hand and asked in a hushed tone if he could kiss me.

For a sliver of a second, I wondered if he’d hurt me if I said no. But that worry was eclipsed by my desire—my ache for touch and spontaneity during a time when the chances for both were rapidly diminishing. Once we kissed, I couldn’t stop. I didn’t feel the dread I felt before with men. I didn’t feel the pressure to feign pleasure. I wanted him. For real.

When he went back to his room, I jumped in the shower. Whatever the hookup meant about my identity (was I bi now? Was I succumbing all over again to the rom-com fantasies of my youth?), I couldn’t help but smile at the possibility of a quarantine romance. But the next day when he didn’t text me or come out of his room, I started to panic. Would we go back to being strangers after this? Each hour my phone remained still, I felt used and more ridiculous for imagining that we could have a relationship.

At around 5 o’clock, he texted me to hang out. We drank again. We talked. It became clear through the fog of my fantasy that he wasn’t interested in or emotionally capable of having an end-of-the-world romance but did want to hang out and have sex with me at night. I thought about it. Would I be OK with having sex with my roommate without developing a relationship? Would the desire for men he’d rekindled seem somehow false, post-isolation, out in the fresh air? I wasn’t sure—about the future, about what to do now. But then he ran his hands up my leg.

I don’t blame this guy for “Chasing Amy” since he’s stuck in his apartment and I respect the fact that he’s smart enough to just make this a hook-up thing because the second the quarantine is over, this will be, too.

Why? Is it because she’s not attracted to men? Well, obviously she is. In fact, a LOT OF LESBIANS are attracted to men. Not all. But, a lot? Oh yes. So, why couldn’t they continue hooking up after this over?

The answer is because all her friends at the gay bars and the hair salon will start treating her like a pariah if she starts dating a guy. Because gay culture ostracizes people who have the choice to leave it. Bisexuals are generally not popular and the girls that were ready to chase her around before aren’t going to want to compete with a man to keep her.

It may be hard to believe that people would allow their friends and culture to have so much of an impact on their lives, but they do. Why do you think we have been seeing this explosion of transexuals in America lately? Nothing biological has changed, right? But, what has changed is that saying you are transexual is now a powerful new way to get attention, along with acceptance and endless praise in certain places. That’s all it took for a lot of people to change their gender. So yes, those same kind of cultural forces have an impact on whether a lot of women consider themselves to be “lesbian” or not.