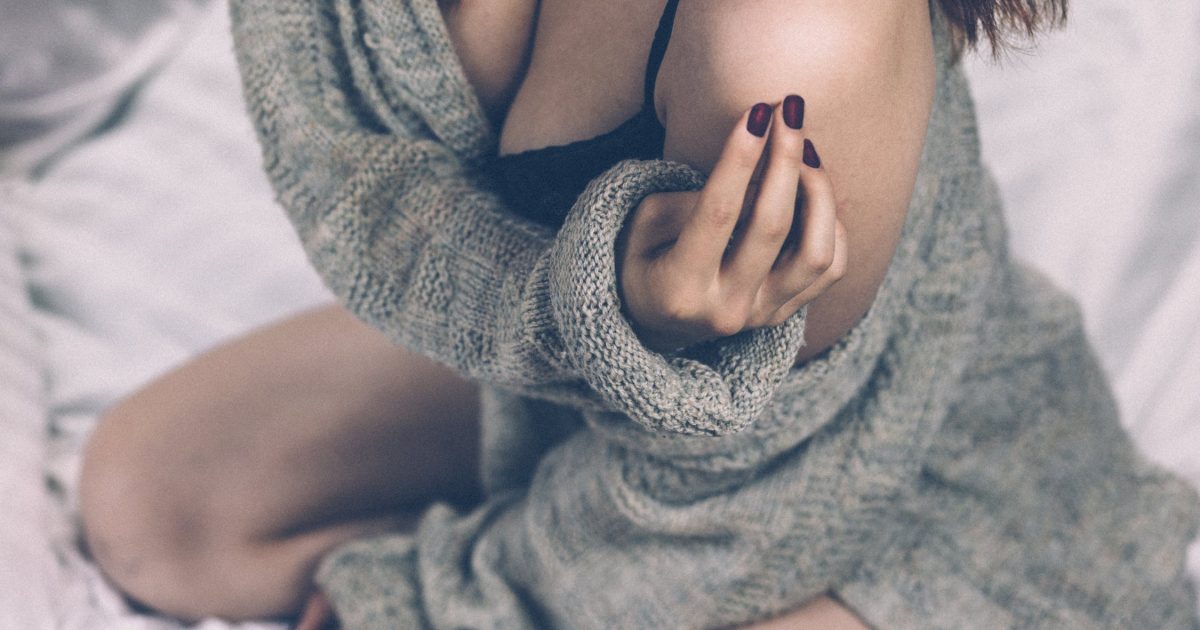 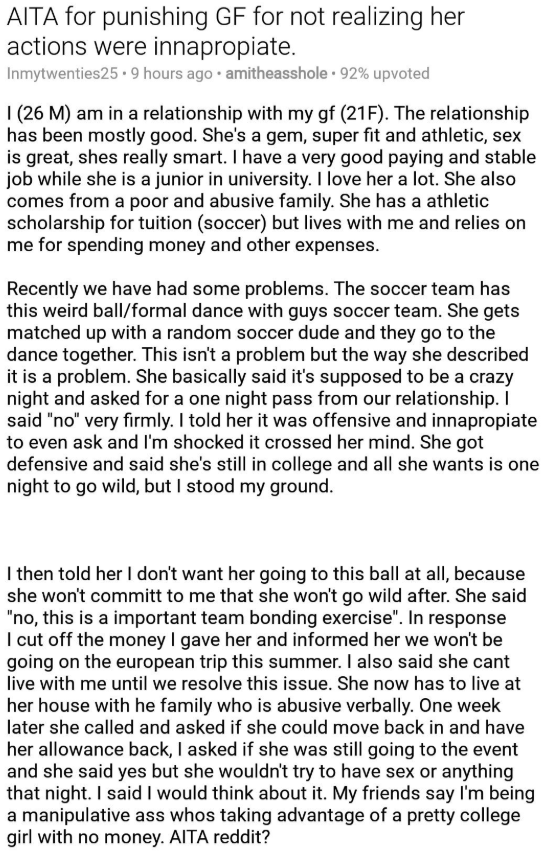 First of all, this sounds more like a sugar baby arrangement than a real relationship. If you have money, I can understand spending some on the girl you’re dating. But, she has an ALLOWANCE? To me, that makes dating this guy sound more like a job than a relationship.

It also may explain why she’s ready to hook up with some random soccer player which is more than a little trashy and weird. Any woman who wants a night off from a real relationship to get plowed by some other guy is just not that into you and if you’re not married, you should immediately cut her loose. As far as sugar baby/sugar daddy etiquette goes, I have no idea, but if that is the sitch, you have to assume she’s going to be getting laid by some guy who doesn’t have to pay her off on the side at some point. Might as well get used to the idea if you are going to go that route.