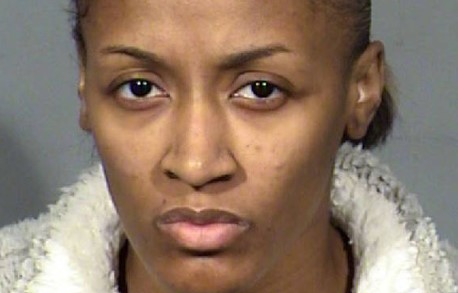 On February 5, police responded to a call from the Excalibur Hotel and Casino in Las Vegas saying a room was on fire. After they arrived, police learned that a hotel worker, Aviaon Lee, may have been sexually assaulted just before the fire was set, as witnesses said they found her curled up in the hotel hallway bound with duct tape…

…Lee told police she had been cleaning a room when a man sexually assaulted her after taping her eyes shut. She claimed the man wore a ski mask and set the bed on fire after he assaulted her.

Lee gave police her phone as part of their investigation, and police quickly discovered that between January 11 and February 2, Lee had searched the Internet for information regarding rape and workman’s compensation. KVVU reported the searches included: “can you sue hotel job for sexual assault,” “how much can you sue a company for injury” and “how can you tell if someone been raped.”

Police then asked Lee about the searches and she claimed they were about something that had happened to her mother-in-law years earlier. She claimed her mother-in-law had been assaulted while working as a housekeeper. Later, Lee admitted she had lied about being sexually assaulted and that she set the fire to try and profit from her allegations.

Granted, she didn’t point the finger at a particular man, but it could have gone that far if the cops picked up a suspect and she hadn’t been too stupid to clean her search history. Oh and that fire she set? It did almost $600,000 worth of damage. The only upside to all the damage she caused is that women that make false allegations of sexual assault typically get a slap on the wrist at best. That will probably be the case this time as well, but you do that kind of damage to a casino in Vegas and you are probably going to go away for a while. Let’s hope she gets the maximum.