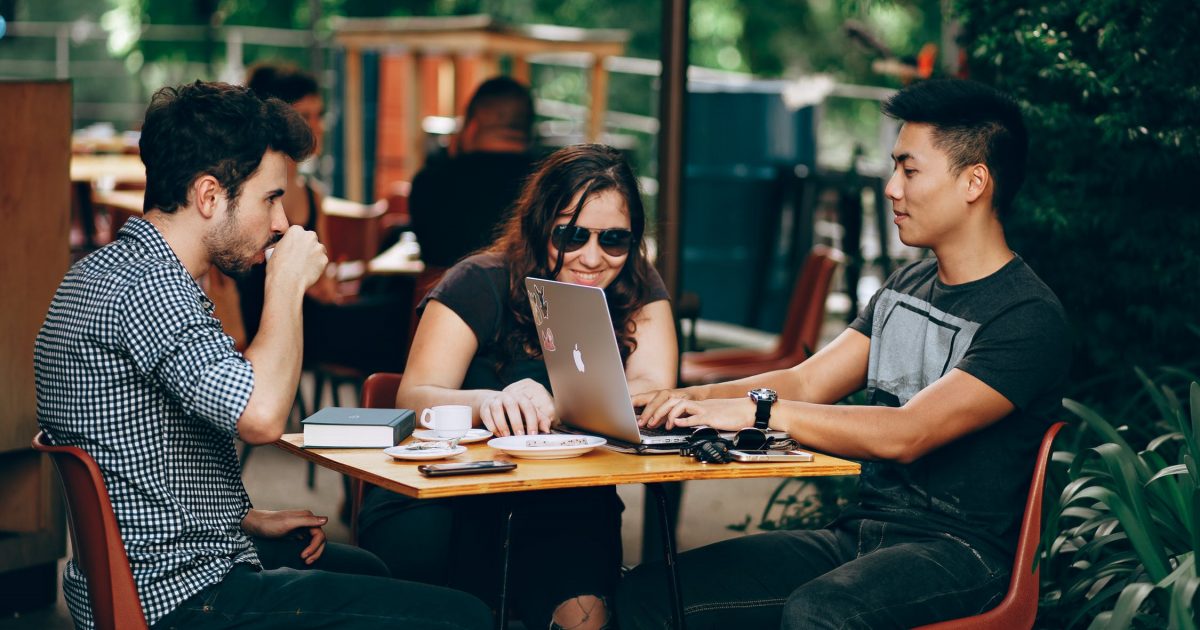 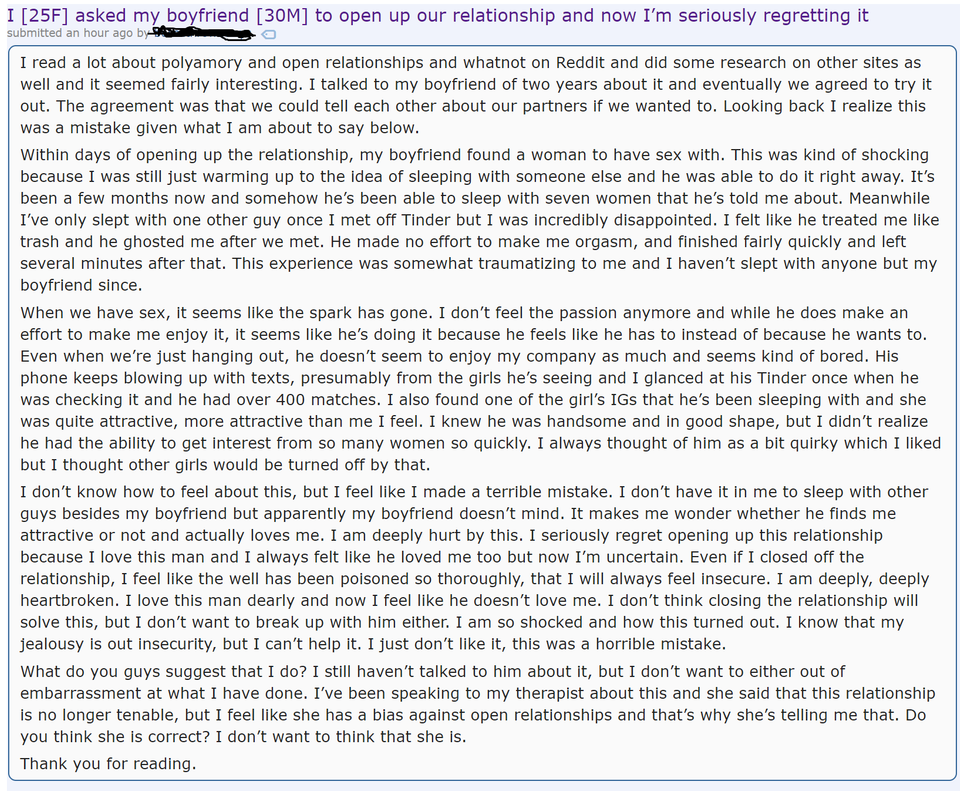 In the real world, as opposed to the world people claim to be living in on social media, every couple I’ve ever known in an “open relationship” has featured the woman pushing for an open relationship and banging everything that moves while the guy MIGHT be getting a few crumbs on the side. MAYBE. Why did each of these women push for it? Inevitably because she wasn’t particularly happy with the situation and wanted an upgrade. Maybe the upgrade was having beta hubby at home while she banged alphas on the side or maybe it was finding a new man altogether, but no happy woman is pushing her partner into an open relationship.

The story above seems really unusual because a guy doing as well as she is describing is going to be a really good looking guy and packing a lot of game. Very few women are going to give a guy like that permission to go out and have sex with other women because if he’s banging his way across the city, she isn’t going to be able to take it. Let me add that polyamory is a fun idea that generally works out as well as a Playboy with an Amy Schumer centerfold. Those kings in the old days were able to make it work because they could literally have their wives executed if they got out of line, but men today don’t have that option. I know, I know, “Women would rather share an alpha male than be with a beta.” You hear that a lot in the manosphere and maybe it’s true….until it’s not. I’ve literally never known anybody that could pull off an open relationship like that long term because it’s always, “I SHOULDN’T feel this way, but I do…..” and it all blows up.

Last but not least, her therapist is right. She’s describing herself as insecure, jealous, “deeply hurt,” says the “well has been poisoned,” etc. — maybe it could have worked out before this, but that line has been crossed. At this point, she’s better off moving on and realistically, if he’s drowning in women, he’s probably not interested in ditching them all and going back to a 1 on 1 relationship with her.