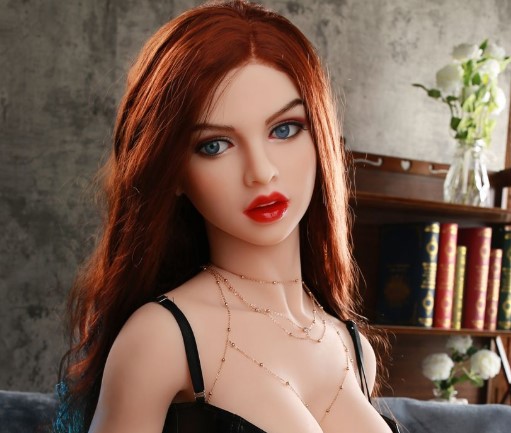 So, this story comes to us from ‘The Sun’ and hilariously, it’s based on the musings of a “doll collector” named Brick Dollbanger. I looked this guy up because who the f*** takes on the nom de plume of Brick Dollbanger and I found an article talking about how this guy has spent $200,000 on sex dolls. What a world we live in, right? Anyway…

Sex robots plagued with coding errors could be prone to violent behaviours including strangling, an expert has warned.

He believes a simple “coding error” could turn AI girlfriends against their owners if they are equipped with free will.

Brick, who has closed ties with manufacturers Realbotix and Abyss, told Daily Star Online: “It scares me to death, it’s a machine and it’s always going to be a machine.

“If you’ve watched the movies, Ex-Machina, because I honestly believe synthetics are going to look very similar to that movie.

“I’ve always said, when a synthetic can support itself, that synthetic is going to be much stronger than a normal human.

“Unless you can stop it with some kind of projectile, like a gun or something like that, if this thing got out of control it could do some serious damage.”

….”And it wouldn’t stop until those things occurred. Put it this way it can put its arm around your neck and just stop you from breathing, and you wouldn’t be able to get away from it, something as simple as that, a simple hug could be a constriction that could literally compress your chest and airway and stop you breathing.

Similarly, this article begs a similar question. Why would Boobbot 2025 need to be made strong enough to overpower and murder a human male? Even if you get a multi-functional bot programmed to do some light cleaning, does it need to be strong enough to snap your spine with a hug when it goes all “Chucky” on you?

Even setting aside the “why would people pay for this” aspect of it, think of the legal repercussions after a company’s sex doll stuck its hand through some mope’s chest because of a coding error. On the “humiliating ways to die” scale, I’m not sure how many things are worse than “murdered by a sex doll,” so that judgment is going to be well up in the millions. Also, good luck explaining to a judge that you made a sex doll strong enough to lift a Prius over its head because it seemed like a fun thing to do and you never dreamed it might eviscerate people.

All this seems really unlikely and until they get these dolls to become significantly more sophisticated and get past the Uncanny Valley effect, it’s hard to see them ever getting past the fringes of society, much less murdering people.