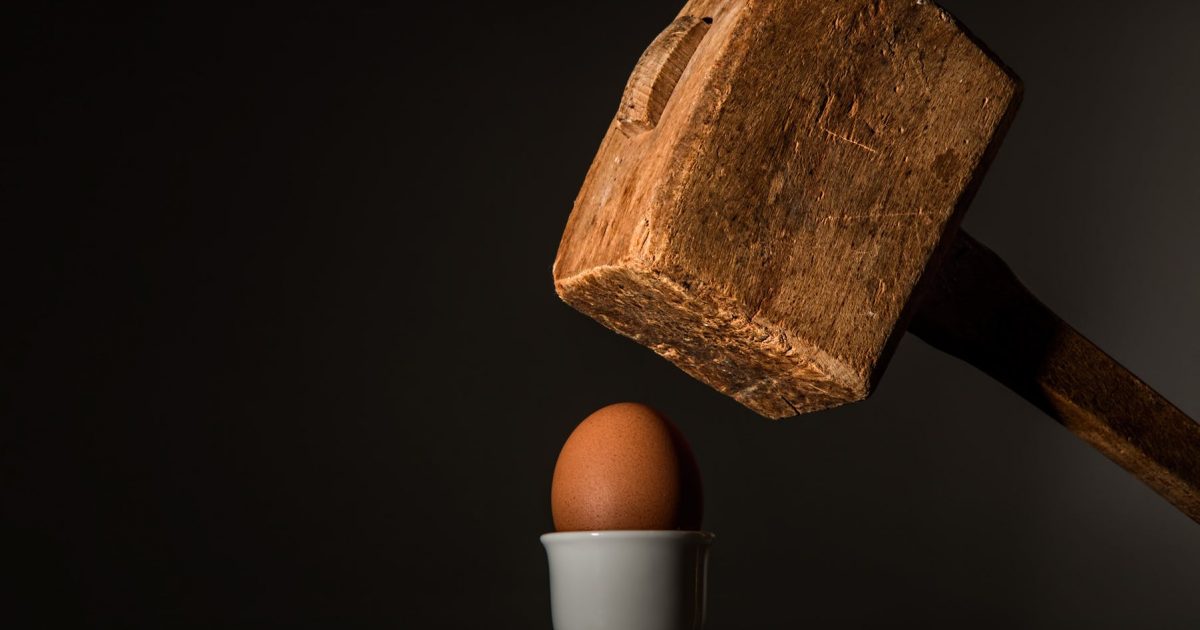 Is life hard for you? Do you struggle all the time? Do you wish things were easier? If so, that puts you in exactly the same boat as EVERYONE ELSE on the entire planet.

Thing is, this isn’t true. Do you know what happens when you get your heart’s desire? You walk on air for a few weeks and then, you adjust. You think, “Gosh, if I were rich, life would be easy! If I were famous, life would be grand! Wow, if I could just be that good looking, I’d never have anything to complain about.”

Except the thing is, I’ve met rich people, famous people, successful people, extraordinarily beautiful people — and guess what? They have just as many problems as everyone else. It’s just a different set of problems.

1) Don’t we love to talk about love? Love is simultaneously the most wonderful and horrible thing in the world. It’s wonderful in that it can bond you to a soulmate with whom you will spend a significant chunk of the rest of your life, if all goes well. But under the best of circumstances, love is a LOT of work that will last, ideally, from the time it begins UNTIL YOU DIE.

Love is also horrible in that it can blind you to a partner’s faults, make you irrational almost beyond belief, or get you to commit to a soul-crushing bad marriage. Have you ever seen one of those movies where aliens are about to destroy the human race, then they finally realize what love is and change their minds? Truthfully, if the aliens understood how completely nuts love makes us, they’d probably be more likely to exterminate our species.

…… And all of that describes people who are still in love. When love ends badly, it ends in decimation.

Have you ever been in love? Horrible isn’t it? It makes you so vulnerable. It opens your chest and it opens up your heart and it means that someone can get inside you and mess you up. You build up all these defenses, you build up a whole suit of armor, so that nothing can hurt you, then one stupid person, no different from any other stupid person, wanders into your stupid life….You give them a piece of you. They didn’t ask for it. They did something dumb one day, like kiss you or smile at you, and then your life isn’t your own anymore. Love takes hostages. It gets inside you. It eats you out and leaves you crying in the darkness, so simple a phrase like “maybe we should be just friends” turns into a glass splinter working its way into your heart. It hurts. Not just in the imagination. Not just in the mind. It’s a soul-hurt, a real gets-inside-you-and-rips-you-apart pain. I hate love. — Neil Gaiman

Then there’s the worst option of all: sitting around wondering what’s wrong with you because you haven’t been in love in a long time and there’s no love on the horizon. That’s enough to make marrying Cardi B look good in comparison (Ok, not really, but you get the idea).

2) You’ve got to be friends with other people? Have you met these people? We feel this powerful urge to connect with our fellow human beings, but somehow, it doesn’t seem like it should be this hard, does it?

“If asked how many friends you have, some may have trouble distinguishing between the lengthy list of Facebook friends and those close pals you confide in. Well, it turns out, Americans’ lists of the close type has shrunk to two, down from three confidantes 25 years ago, a new study suggests.”

There are reasons why the number of close friends we have has shrunk over the last 25 years, including the very Internet you’re reading this on right now, as opposed to going outside and actually meeting people in clothes other than sweatpants.

But set aside the last twenty five years and ask yourself a question: How can human beings go through their whole lives talking to other people and still only have a couple of really close friends?

Simple: We’re extremely self-absorbed creatures. To 99.99% of people on earth, what they’re having for dinner tonight is more important than the greatest accomplishment of your life. Then toss in miscommunication, bad moods, rumors, and the other added assortment of character flaws, vices, and mental illnesses and we’re lucky we don’t all just greet each other with punches in the face.

3) I hate to break this to you, but you are going to die. When you’re young, you feel invincible and your whole life is ahead of you. It can be easy to forget about the fact that you’re going to die. Then you get knocked on your back with an illness, someone you care about passes away, or you just get a little older and the idea slaps you right in the mouth.

Yes, you — just like Socrates, Caesar, Beethoven, Shakespeare, and Einstein — are going to die. And unlike those guys, chances are that 500 years from now, people won’t be able to identify you by one name.

This is why people have mid-life crises. You wake up one day, notice that you have aches in weird places you didn’t 10 years ago, think about your childhood dreams, and realize you never achieved your teenage dream of sleeping with the whole Dallas Cowboys cheerleading squad — and maybe you never will because you are going to DIE. Why didn’t someone tell you about this at 20?

4) “Health is merely the slowest way someone can die.” — Anonymous: If carrots and lettuce tasted like bacon and cupcakes, we’d all be healthy. Unfortunately, life isn’t that easy.

We end up making a choice: Do we want to eat for maximum enjoyment and skip the hard work of exercising or do we want to eat food that isn’t as good and put in the time training? In theory, most people prefer option two, but in practice, most seem to usually take option one.

That’s because it may be a little more of an even trade than we often admit. It takes a lot of exercise and eating right to look really good and only a few months off to wreck your physique. Moreover, you may live longer if you exercise, but if you were able to add it up, you’d probably find that you spent most of that extra life you earned exercising.

Then there are germs, diseases, car wrecks, muggings, genetic defects, high blood pressure, high cholesterol, etc., etc. You get old enough and one day you’ll probably wake up to find that your knee doesn’t work right anymore or that you have cancer. Once your health goes, no matter how good everything else is, it tends to feel like it’s all downhill from there.

This is a struggle that everybody has to deal with throughout his life and it only gets harder as you get older, things start to wear out, your energy level drops, and you start to sag in places no matter how much time you spend in the gym.

5) Mo money, mo problems. Less money, mo problems. Inbetween money, mo problems. The poor, well everybody knows about their problems. But the richest people get sued by people just because they have money, they worry they’re only liked because of their wealth, they feel unworthy of having so much money, and they go bankrupt. Donald Trump has gone bankrupt 4 times. Sure, nobody ever looks unhappy when he’s riding around on a new jet ski, but there are a hell of a lot of unhappy rich people out there. It’s not a panacea.

Then there are the people in between. They have problems, too, primarily because lifestyle tends to rise to match cash flow. There are people who are making $100,000 a year who are flat broke because they’re spending $125,000. Even if things are going well and you’ve behaving responsibly, there’s always something to worry about. Maybe Social Security will go bust and you won’t have enough when you get old. Maybe your kids will get into trouble and you’ll have to spread yourself too thin helping them. Maybe your daughter will become a Juggalo and follow the Insane Clown Posse around the country on tour. Middle class Americans can never really squirrel enough money away to feel 100% secure.

Being middle class or better yet, rich, beats being poor, but don’t kid yourself: Everybody struggles with money — well, except Carlos Slim.

6) God. That’s right; I said God! If you’re an atheist or agnostic, it should be troubling that so many of your fellow travelers in humanity buy into religion while you don’t. There’s also the idea of creating a whole moral code for yourself based on what you feel is “right” at the moment, as if that doesn’t constantly shift throughout your life. Then, there’s the gnawing feeling that you may just be wrong, which seems to flower when people start to sense the presence of the Grim Reaper in their immediate vicinity.

That’s not to say it’s all kudos and belly scratches for believers either. Ever wondered why God allows bad things to happen to good people? Have you ever scratched your head because you don’t understand things that God’s doing? What about kicking yourself for knowing something was wrong and feeling compelled to do it anyway? It’s never fun to feel like a hypocrite, to wonder if you’re doing enough to please God, or to feel unworthy because you’re good, but not good enough to meet a measure no human can ever quite reach.

Although people hate to admit it, religion is supposed to be something that you struggle with. If it were easy, like a pass/fail basket weaving course in college, it wouldn’t have any meaning.

7) What’s the meaning of life and, no, it’s not “Life’s a b*tch and then you die.” Life is like a game with ever-changing rules, an infinite number of strategies, and an unlimited number of ways to “win.” Figuring out what part you’re supposed to play in the game is tough duty — and don’t let anyone tell you otherwise.

Everyone loves to say, “I don’t have any regrets.” Let me just throw the bullsh*t card down on that one because all of us do and say stupid things we’d take back if we could. We also struggle with tough decisions, how we can reach our full potential, what our purpose is, and what we’re going to leave behind after we’re gone.

PS: While you’re trying to figure all that out, life’s moving at 90 MPH and trying to claw your face off because that’s what life does if you let it. It’s pretty easy to wake up one day, realize you made a terrible mistake, and wonder if you wasted a big chunk of your life on a bad marriage, a failed business, watching TV, or trying to break the Guinness World Record for the most beers drunk in a row.