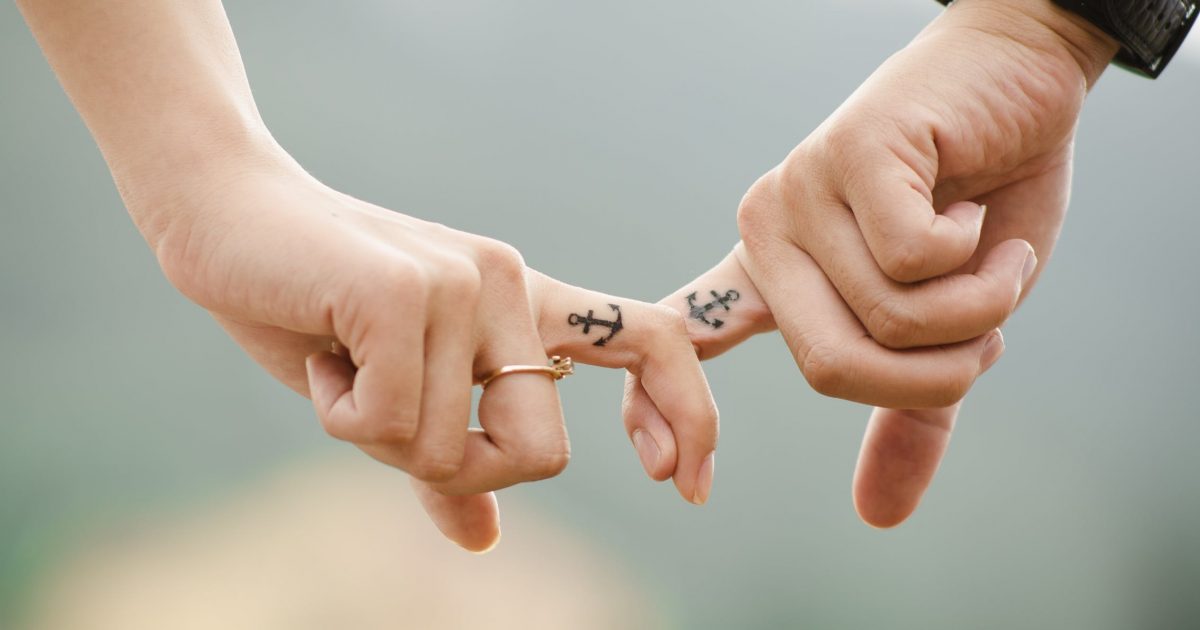 The moment I saw this tweet, I knew the replies would be flooded with white knights desperate to find any woman that would touch their pee-pee and feminists who believe the only role of men is to be a butler/cash machine/cheerleader for women (and it was). I could print out lots of responses, but most of them were really uncreative (Ha, you’ll never get a woman! Incel! This is how to NOT GET a woman, etc., etc.). Suggesting that a woman might need to do some basic things to keep a man happy? It’s apparently SHOCKING to a lot of people…. 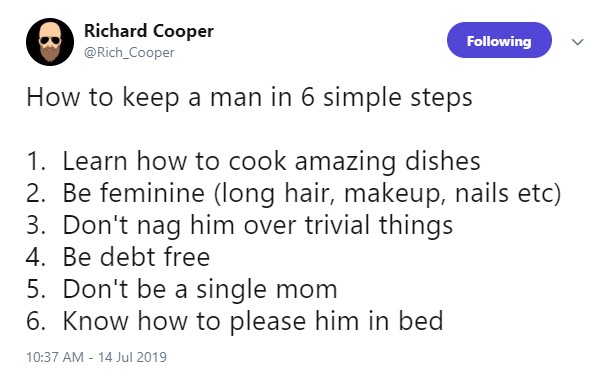 If you’re a woman that doesn’t cook, is manly, nags your man and isn’t good in bed, what do you bring to the table exactly? Your underarm hair and knowledge of women’s studies? This is pretty basic stuff.

As to being debt-free and being a single mom, that’s baggage. Would it be a deal-breaker for me? No, BUT…it’s certainly something you keep in mind when you decide if things are going to get serious. I mean, there was a woman I was interested in that I met in college that I got considerably less interested in when I found out she had $30,000 in credit card debt. There was another woman I met through a friend I was flirting with until I met her horrible children and she was immediately put into the “she can never be more than a hook-up” category.

Richard Cooper’s advice is solid and if anything, he’s underselling it. If you’re a woman, you are never going to go wrong following that advice. 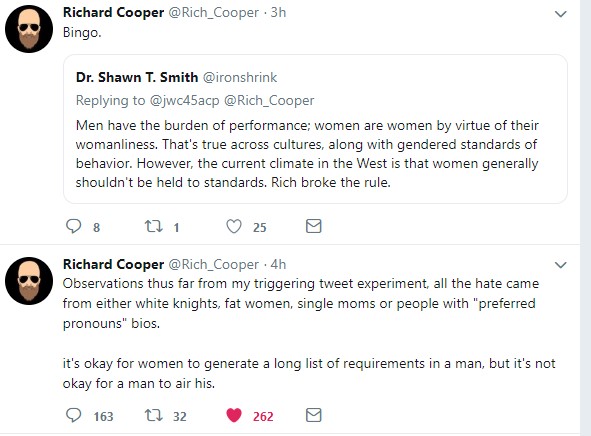