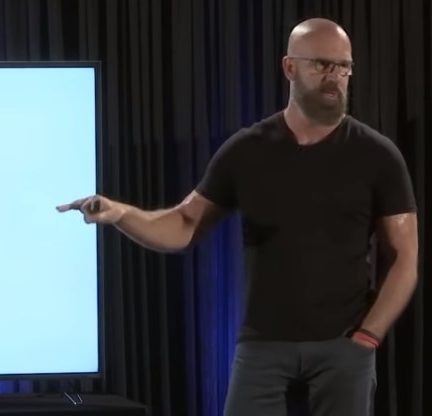 Rich Cooper from Entrepreneurs in Cars is a successful guy with generally good takes on women and dating. Two years ago, before the whole event imploded over Rollo Tomassi being kicked to the curb, Rich did a speech at the 21 Convention. The video, which is part of it, is called, “Richard Cooper on How to Manage Risk in Dating and Marriage.” I didn’t agree with every single thing Rich said (and I’ll note the disagreements), but I thought it was solid advice overall.

1) The Emotionally Unstable: These are the sort of women that are unpredictable, borderline, the type you have to walk on eggshells around because you never know what could set them off.

2) The Paranoid: These are extremely suspicious, conspiracy-oriented people that have great difficulty trusting others.

3) The Narcissist: We’re talking about someone who is clinically narcissistic. They have an enormous ego, but can also be extremely sensitive. They can be charming but have trouble caring about other people. They expect special treatment, blame others for their problems and need to be the center of attention.

4) The Predator: Think psychopath. These are people with poor impulse control, that get in trouble with the law, that look at other human beings as creatures to be taken advantage of or used.

5) Playing Captain Save a Hoe: This is in reference to men who pursue women with big problems that he attempts to solve in hopes of locking her down. Maybe she’s a prostitute, a junky, broke or has some other issue that he wants to “fix” for her in hopes that everything will get better from there. Of course, the problems she has are usually a result of who she is as a person and even if the immediate issue is solved, they’ll typically just pop back up in one form or another.

6) Daddy Issues: This is one Rich hits on a lot, but I don’t necessarily see this as much of a kiss of death as he does. Is this really worse than other common female issues like depression and anxiety? I’d say “no,” but Rich disagrees.

7) Broke: Spending issues can wreck a relationship just as easily and thoroughly as an affair and being attached to a woman with debt or who can’t control her spending can be a nightmare

9) Drug and Alcohol Dependency: It doesn’t matter how pretty or how sweet a woman is sober, if she’s an addict, you’re going to be regularly dealing with a different side of her personality that you probably won’t like very much. You don’t want to deal with that mess.

10) Controlling/Jealous: This is a recipe for regular fights, grief, and stress over nothing.

11) Single Mothers: Although I suspect Rich and I would almost entirely agree about the downsides of dating single mothers, I am not as down on them as he is. That’s partially because I’m in my forties and most available women within a decade of my age are going to have a kid. Additionally, while I would agree that a single mom is bringing a lot of baggage into a relationship, I think once you start talking about women over 30, you are essentially just picking which baggage you want to deal with. While you should be aware of the downsides of dating a single mother, downsides start coming with the package every woman brings to the table once they reach a certain age.