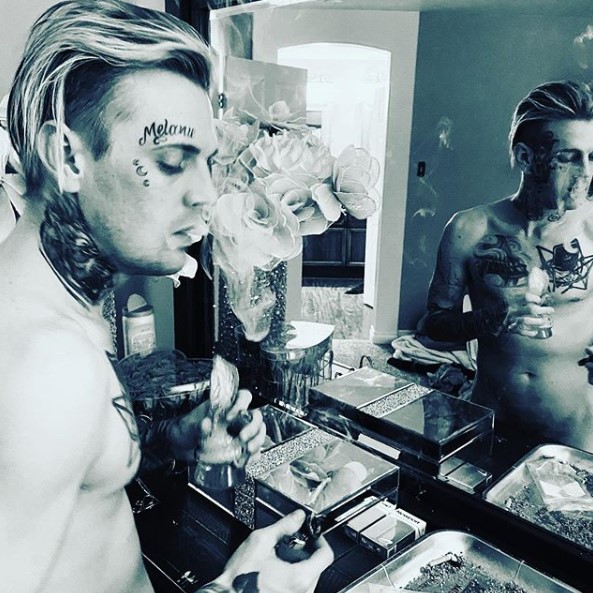 If your life isn’t an inspiration to people, then you can still help them by being an example of what NOT to do. Take rapper Aaron Carter, for example:

Nearly three weeks ago, I wrote an article titled “Aaron Carter Gets Large Face Tattoo Dedicated To His Instagram Model Girlfriend Because That Always Ends Well.” I don’t want to be the “I Told You So” guy, especially when it comes at such serious accusations, but Aaron Carter, I told you so.

Aaron Carter broke up with his girlfriend of three months, Melanie Martin. Hard to believe, I know. It makes you really question if “true love” exists. Apparently, Melanie physically attacked Aaron. TMZ posted photos of the scratches that Melanie inflicted on Carter. You really don’t know somebody until you’re quarantined with them for a few weeks.

TMZ reported that the “L.A. County Sheriff’s Department was called to Aaron’s Lancaster home around 11 PM Sunday night for a domestic violence call. We’re told there was a verbal spat between Aaron and Melanie and at some point it got physical.”

Carter alleges that Martin “literally chocked me out…. i’m devastated.”

Police officers determined that Martin was the aggressor because Carter had scratches on him. She was arrested on felony domestic violence charges. Martin was held on a $50,000 bail and released on Monday.

The couple became Instagram official in January, and only weeks ago, Carter got a large face tattoo on his forehead right above his eyebrow that reads “Melanie” in cursive.

That seems regrettable. I guess a tattoo artist could change “Melanie” into “Melanization.”

The number of “Holy sh*t, how can this be real?” moments in this one story is startling.

To begin with, you don’t tattoo the name of your girlfriend you’ve been dating for 3 months onto your body. Even if you do something that stupid, you don’t tattoo it onto YOUR FACE. In all fairness to Aaron Carter, he is in one of the handful of professions on earth where it’s acceptable to have face tattoos. He’s a rapper. Maybe you can also get away with it if you’re a professional criminal, tattoo artist or maybe even a record store employee, but that’s about it.

The problem with tattooing the name of a girl that you just met on your face is obvious. Do you know everything or even anything about a woman you’re dating after 3 months? Typically, jack sh*t because she’s been on her best behavior while you’re too intoxicated by hormones and sex to really know what’s going on. Even three months in, most of the time it’s just a big blur.

Getting beyond that, she CHOKED HIM OUT? That is possible. It only takes 4-5 seconds to choke someone unconscious if you know what you’re doing and get a blood choke locked in properly. So, is she like a professional female fighter? That seems unlikely because she looks like a trashy, but more attractive than usual Instagram thot who posts things like this on her page numerous times… 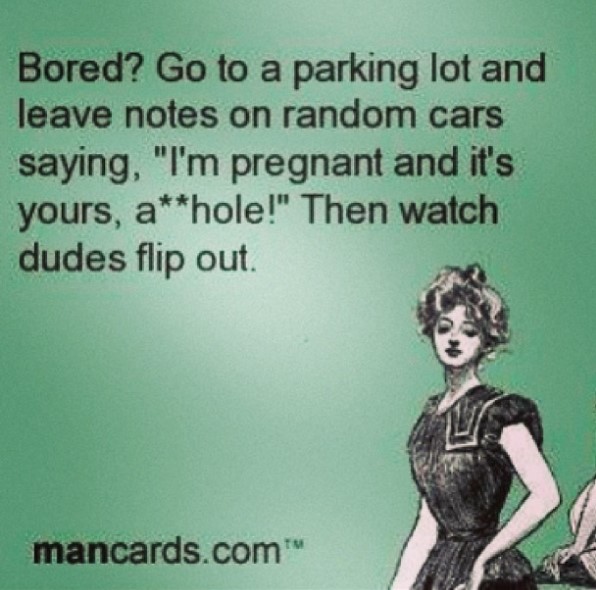 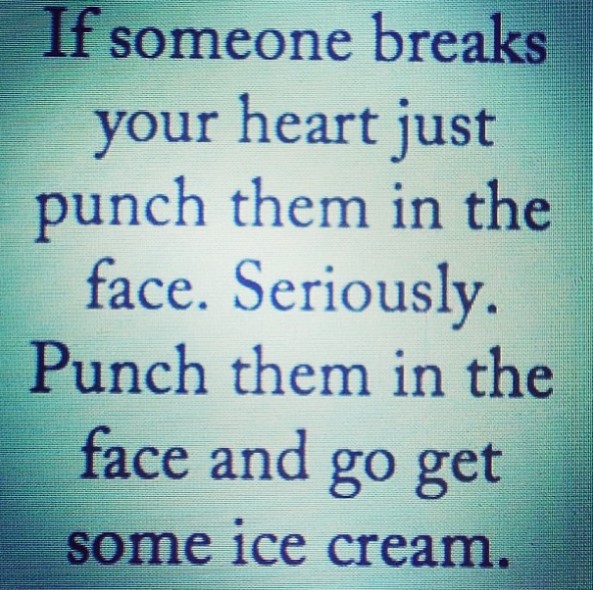 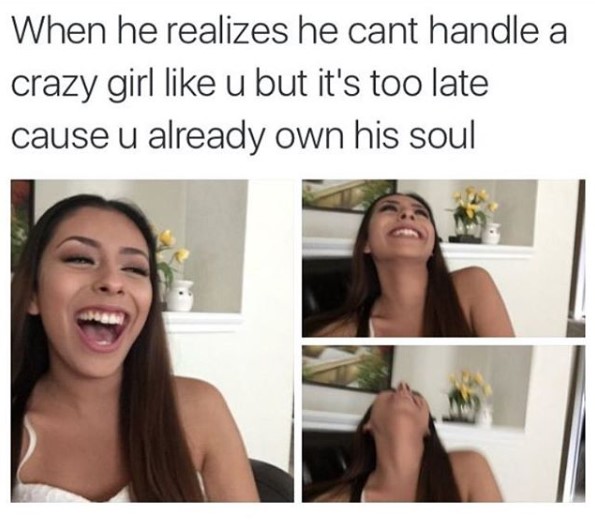 There isn’t anything you’ve just read about this girl that should be surprising if you looked at the classless, crazy sh*t on her Instagram page. There’s a lesson in that by the way and it’s not just that she is probably lying about being pregnant (he really better hope so). It’s not smart to post anything on your social media that you wouldn’t want your boss, a judge or your mother to see, but if someone does, it’s okay to use it to learn something about them. If Aaron Carter had done that, he wouldn’t have gotten choked out, wouldn’t have this crazy tart’s name on his face and wouldn’t be wondering today if he got her pregnant and will have to pay her child support for the next 18 years.