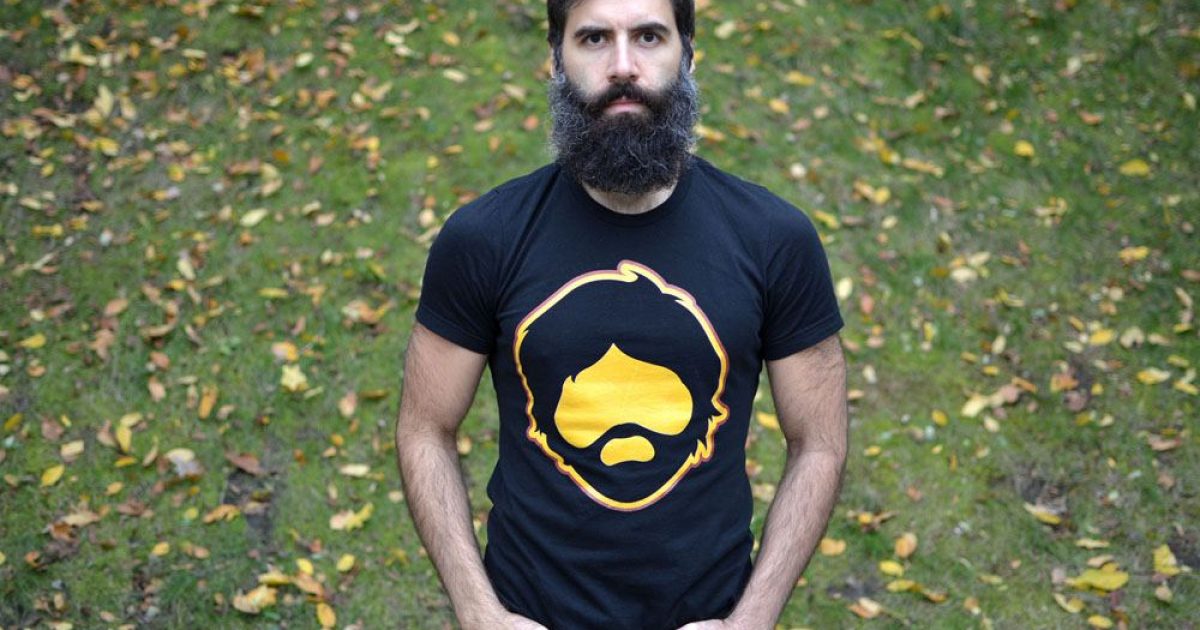 Roosh V. is one of the most famous and controversial pick-up artists roaming the earth. I’m going to be doing a Planet Hawkins Podcast with him that should be released on Saturday. In the interim, I thought I’d release a few of the best quotes from his book, The Best Of Roosh: Volume 1. Warning — Roosh is not the most sensitive of men; so some of these quotes may be a little bracing. You have been warned.

“Girls want sex from men who are already getting sex. Despite every girl’s protest to the contrary, the more partners you’ve had the better, because each vagina you’ve demolished acts as a seal of approval of your worthiness.”

“Only by embracing suffering can you tame the fear.”

“If she ends the conversation but then walks back up to you to re-initiate contact, or she waves and smiles at you from across the bar (Polish girl method), feel free to resume the chat. Other than that, any attempt on your part to restart something that she so eagerly killed would be providing her with validation at the expense of your sex goal. You’re not a bus that comes every 10 minutes. You’re not the 7-11 that stays open 24 hours a day. You’re the once in a millennia asteroid that lands in Siberia and kills a lot of small animals. If she happens to miss that then she will die before having the chance to experience it again.”

“Anxiety creates attraction. The more anxiety you create in a woman, the more she will lower her guard enough so that your game will be well-received. It forces her to question her value instead of yours.”

“Fear is man’s greatest enemy. I don’t ask anyone for advice with something that involves risk because they will try to talk me out of it.”

“The Western culture has broken the women. A girl wakes up and she’s 30 and has no man and no hope for a man, yet she already passed on several who didn’t give her the tinglies or butterflies in her stomach or whatever the f*ck term she uses.”

“Feminism has given women more money while taking away their biological need to have a family. Because a woman finds it naturally difficult to marry a man of lower means than herself, she simply remains single until death, with nothing but her cats to keep her company when she takes her last breath. Pushing faux equality has created a generation of impoverished men who make unsuitable husbands. Women are making more cash, men have more limited work options, and marriage is on the decline, threatening the very fabric of society. Great job, feminism.”

“Here is the secret to landing and keeping a man:

1. Spend most of your free time into improving your appearance.
2. Lower your standards.

Any possible problem a girl has with a guy is because she’s not hot enough for him. It’s as simple as that.”

“If you’re a girl and have to think about ‘game’ at any point in trying to get a guy, that means you are not hot enough for him and are aiming way too high. Otherwise he’d be chasing you with absolutely no effort on your part.”

“In America, you got 6 rating girls who look like 5s with their flip flops and short hair trying to snag an 8 guy. No amount of Cosmo reading or ‘girl game’ is going to solve this problem. Hell, you can win the f*cking lottery and still an 8 guy is not going to want to put up with your mediocre ass. Get a 4 guy, wrap him around your finger, and be thankful you don’t have to buy any more cats.”

“Women will become more masculine until the word ‘woman’ no longer has any meaning. They are losing the ability to act like women and maintain a household at a pace faster than even I could have imagined. The end game is an Androgynous World Order like what they have in Scandinavia, where there is no ‘girl’ or ‘boy,’ and any behavior that one gender can do is also acceptable by the other. Criticism against gender and race is not allowed. Conformity in thought must be maintained at all times.”

“Japan is a great example of end game where men simply cease to reproduce, resigning themselves to sex dolls and comics. In 100 years, all Japan will be known for is producing strange pornography.”

“I look into the future for guys like us and all I see is darkness. It’s not getting better anywhere. There is no place where women are becoming more feminine, where worker power over industry is increasing, or where people put aside technology to interact more with their fellow man. This means we have no choice but to become flexible and location independent, moving from one pile of rubble to the next, trying to squeeze out the remaining ounces of happiness that the world is capable of giving us. Baby boomer men have lived in what was perhaps the best time to have been a man on earth, where they could marry a real woman and build a family while working a stable job, all in the same place. That’s over, and it will never improve. Loot while you can.”

“Pushing papers in an office is accomplishing something? Let’s be real, no woman is going to win a Nobel Prize with her work as a human resource associate, middle manager, or government bureaucrat. If you owned your own business or ran a charity that fed starving kids, I’d agree that you were accomplishing something, but spending all your days in meetings, dealing with dumb office politics, and being a standard-issue wage slave sounds a lot less fulfilling than being able to pursue your interests while satisfying a man who takes good care of you.”

“To get bangs you build attraction over time, punctuating her increasing interest with escalation in the form of personal questions, touching, heavy touching, and then kissing. You’re building a storyline that shows your personality but also hints at passionate things to come. You form tension that is begging to be relieved in the bedroom. I’m not going to kiss a girl unless she invests into the interaction by showing interest (asking me questions, reciprocating some touches), because that’s what it takes to close the sale.”