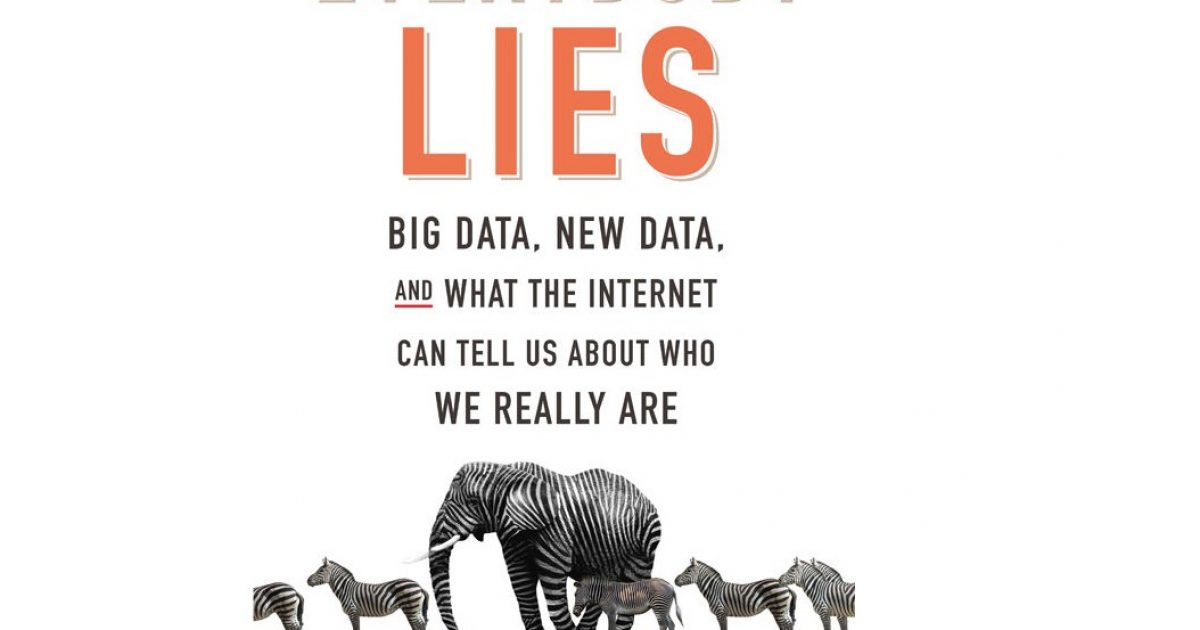 ‘Everybody Lies: Big Data, New Data, and What the Internet Can Tell Us About Who We Really Are’ was a fascinating book full of interesting statistics and fact nuggets. Enjoy the best quotes from the book!

— There is information on who will actually turn out to vote. More than half of citizens who don’t vote tell surveys immediately before an election that they intend to, skewing our estimation of turnout, whereas Google searches for “how to vote” or “where to vote” weeks before an election can accurately predict which parts of the country are going to have a big showing at the polls.

— We have found that these seemingly neutral searches may actually give us some clues to which candidate a person supports. How? The order in which the candidates appear. Our research suggests that a person is significantly more likely to put the candidate they support first in a search that includes both candidates’ names. In the previous three elections, the candidate who appeared first in more searches received the most votes.

— I looked for correlations between an area’s Google searches for depression and a wide range of factors, including economic conditions, education levels, and church attendance. Winter climate swamped all the rest.

— Fryer and Levitt studied birth certificates in California in the 1980s and found that, among African-Americans, poor, uneducated, and single moms tend to give their kids different names than do middle-class, educated, and married parents. Kids from better-off backgrounds are more likely to be given common names, such as Kevin, Chris, and John. Kids from difficult homes in the projects are more likely to be given unique names, such as Knowshon, Uneek, and Breionshay. African-American kids born into poverty are nearly twice as likely to have a name that is given to no other child born in that same year.

— A 6’11” man has twice the odds of reaching the NBA as a 6’10” man. It appears that, among men less than six feet tall, only about one in two million reach the NBA. Among those over seven feet tall, I and others have estimated, something like one in five reach the NBA.

— A woman is unlikely to be interested when she uses hedge words and phrases such as “probably” or “I guess.”

— On a first date, most questions are signs of boredom. “What are your hobbies?” “How many brothers and sisters do you have?” These are the kinds of things people say when the conversation stalls. A great first date may include a single question at the end: “Will you go out with me again?” If this is the only question on the date, the answer is likely to be “Yes.”

— That said, the finding that Christmas is, on balance, a joyous occasion does seem legitimately to be true. Google searches for depression and Gallup surveys also tell us that Christmas is among the happiest days of the year. And, contrary to an urban myth, suicides drop around the holidays.

— In developing countries, long lines in gas stations are a leading indicator of economic trouble. So are unavailable or unripe apples. Premise’s on-the-ground pictures of China helped them discover food inflation there in 2011 and food deflation in 2012, long before the official data came in.

— Do women care about penis size? Rarely, according to Google searches. For every search women make about a partner’s phallus, men make roughly 170 searches about their own.

— More than 40 percent of complaints about a partner’s penis size say that it’s too big. “Pain” is the most Googled word used in searches with the phrase “___ during sex.” (“Bleeding,” “peeing,” “crying,” and “farting” round out the top five.) Yet only 1 percent of men’s searches looking to change their penis size are seeking information on how to make it smaller.

— Men make as many searches looking for ways to perform oral sex on themselves as they do how to give a woman an orgasm. (This is among my favorite facts in Google search data.)

— In his book Zero to One, Peter Thiel, an early investor in Facebook, says that great businesses are built on secrets, either secrets about nature or secrets about people.

— “The algorithms know you better than you know yourself,” says Xavier Amatriain, a former data scientist at Netflix.

— My prediction is that we will find that many of our adult behaviors and interests, even those that we consider fundamental to who we are, can be explained by the arbitrary facts of when we were born and what was going on in certain key years while we were young.

— These researchers discovered that political views actually form in a way not dissimilar to the way our sports team preferences do. There is a crucial period that imprints on people for life. Between the key ages of fourteen and twenty-four, numerous Americans will form their views based on the popularity of the current president. A popular Republican or unpopular Democrat will influence many young adults to become Republicans. An unpopular Republican or popular Democrat puts this impressionable group in the Democratic column. And these views, in these key years, will, on average, last a lifetime. To see how this works, compare Americans born in 1941 and those born a decade later.

— So what is it about parts of the United States where there is high-income mobility? What makes some places better at equaling the playing field, of allowing a poor kid to have a pretty good life? Areas that spend more on education provide a better chance to poor kids. Places with more religious people and lower crime do better. Places with more black people do worse. Interestingly, this has an effect on not just the black kids but on the white kids living there as well. Places with lots of single mothers do worse. This effect too holds not just for kids of single mothers but for kids of married parents living in places with lots of single mothers. Some of these results suggest that a poor kid’s peers matter. If his friends have a difficult background and little opportunity, he may struggle more to escape poverty.

— If you have excesses of money, you can expect to make it roughly eighty-nine years as a woman and about eighty-seven years as a man.

— Roughly one in 2,058 American-born baby boomers were deemed notable enough to warrant a Wikipedia entry. About 30 percent made it through achievements in art or entertainment, 29 percent through sports, 9 percent via politics, and 3 percent in academia or science.

— Search rates for “suicide” peak at 12:36 A.M. and are at the lowest levels around 9 A.M., evidence that most people are far less miserable in the morning than I am.

— These economists studied beer and soft drink ads run during the Super Bowl, while also utilizing the increased ad exposures in the cities of teams that qualify. They found a 2.5-to-1 return on investment. As expensive as these Super Bowl ads are, our results and theirs suggest they are so effective in upping demand that companies are actually dramatically underpaying for them.

— Milan Kundera, the Czech-born writer, has a pithy quote about this in his novel The Unbearable Lightness of Being: “Human life occurs only once, and the reason we cannot determine which of our decisions are good and which bad is that in a given situation we can make only one decision; we are not granted a second, third or fourth life in which to compare various decisions.” 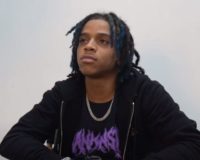