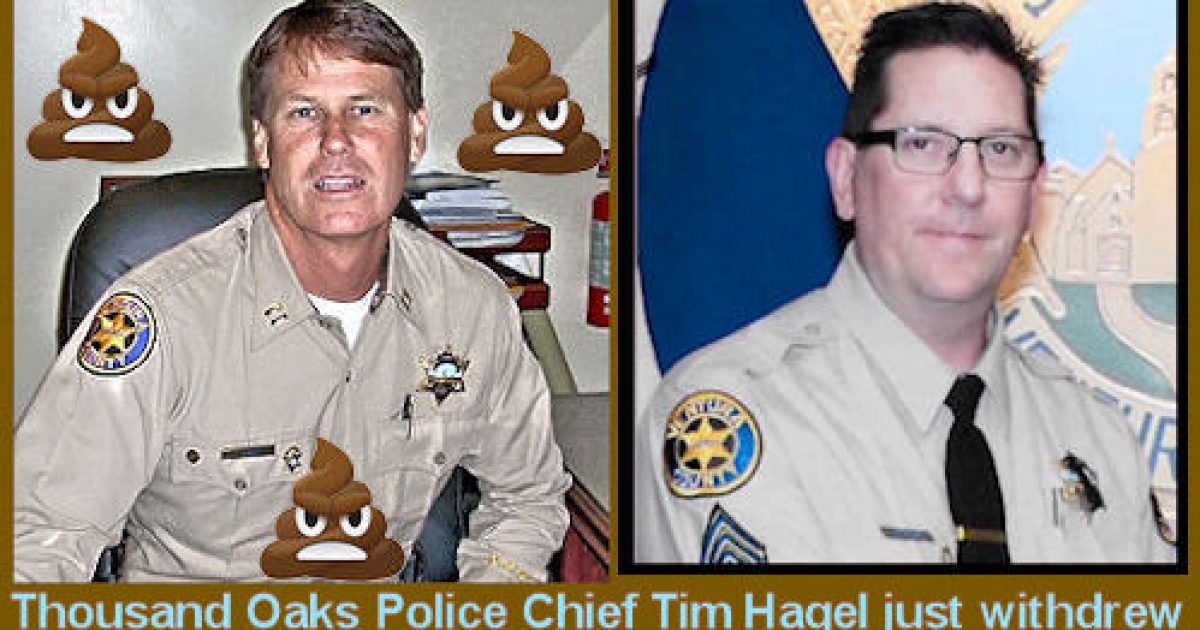 At first glance, this story appears to be about politics, but there’s actually a much deeper issue at work.

A charity event planned in honor of an officer killed in a 2018 mass shooting at a country music bar in in Southern California has been postponed indefinitely — reportedly because a police chief didn’t want Republicans invited.

The Blue Bowl, a charity flag football game, was intended to raise money for the family of fallen Ventura County Sgt. Ron Helus as well as other officers killed in the line of duty, FOX 11 of Los Angeles reported.

…Thousands of dollars had already been raised for fallen officers’ families, but the money is now being returned to donors because Thousand Oaks Police Chief Tim Hagel reportedly withdrew the police department because Trump supporters would be speaking at the event.

…”He basically said over and over in the conversation, ‘This is not Trump country, that slogan ‘Make America Great’ is not favorable, popular, within 1,200 square miles,’ that we don’t want Republicans here. I could not believe it,” Mike Randall, vice president of the Fallen Officers Foundation, said, according to FOX 11.

“’The only thing,’ and I quote, ‘the only thing you [could have done to make] this worse, Mike, was to invite Dick Cheney and Sarah Huckabee Sanders.’

Both Democrats and Republicans were invited to the event. Gov. Gavin Newsom’s public safety liaison, Trump supporter Scott Baio, who attended Helus’ church, and Trump-supporting singer Joy Villa were all scheduled to attend.

He also said Democratic Assemblywoman Jacqui Irwin was upset that her former opponent had been invited.

He added that Hagel told him to get rid of the Republican speakers or the police department would withdraw. They finally did pull out.

Neither political party is blameless, but liberals today look for every excuse to turn us against each other. You’re black? Then you should hate white people. You’re gay? Then you should hate straight people. You’re female? You should hate men. In every way, shape and form they’re trying to split us apart and over the long haul, that is going to have disastrous consequences because at some point, for the most successful nation in human history to stay together, people have to be convinced that we are better together than apart. Eventually, people are going to start asking some of the same questions that both sides grappled with in the 1860s about whether it makes sense to stay together as a nation.

If you’re a Republican, would you want to have your life potentially depending on a police chief who hates people like you so much that he can’t participate in a charity game with you? Worse yet, what happens when someone with that mentality becomes your President? That’s where we’re headed right now and one day, if we’re not careful, we may not like the answers people come up with when they’re asked if it makes sense to stay together as a country as opposed to certain states and regions going their own way.