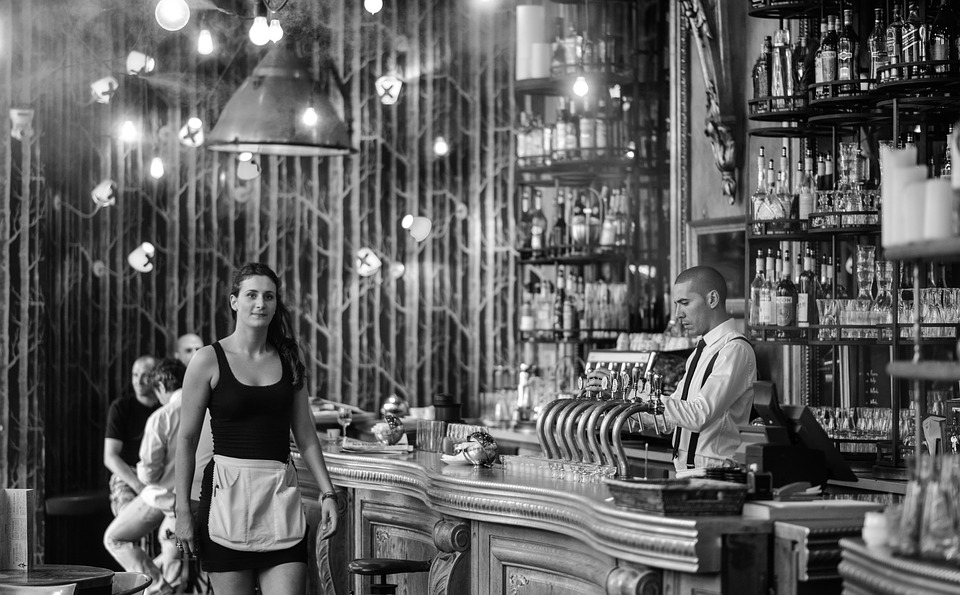 This was just too good to pass up. Some of these stories are WOW. Just WOW.

— We called him Big Red.

He always wore a 3XXXL Red shirt and would come in by Public Transportation as soon as we opened on Unlimited Rib Day.

He would bring in his 64oz big cup and request we fill it with our soda because we couldn’t keep up with his refill needs with average cups. We would fill this cup 3-4 times.

He would proceed to gorge himself on ribs over 2-3 hours. He would usually stop for a one time 30 min shit break in the middle of it.

He smelled like rancid ass. Looked just as bad.

I don’t think he was employed and he never tipped.

It was a rite of passage for new servers to have to take him.

— A homeless guy who came in, actively dripping of blood from his hands, and started screaming at me and threatening me because I wouldn’t give him a bakery case item without him paying. he was dripping blood all over the counter and spitting everywhere until I threatened to call the cops

— My friend works at restaurant. A vlogger was shooting a video and since it was allowed within the place nobody troubled her. Apparently she wanted one of those ( Gone Sexual) click bait thumbnails, so she asked my friend to place his face in her breast while she squirted ketchup on herself. My friend refused as he was in a relationship but some other employee agreed to do so. After they shot the thumbnail, she marched in the next day claiming sexual assault. I don’t know what happened after that but it did not turn out good for the liar.

— This one guy who basically hated his order so much that he waved me over and told me to put my hand out and proceeded to spit out entirely what was in his mouth into my hand, then tell me to refund him and then make him something else.

— Worked in a popular restaurant for awhile. We usually have quite a long wait (30-40min waits) during dinner service and people are told by the hosts about this. There was this lady that got fed up with the wait after 10mins. She stormed into the restaurant, stood next to a table of 4 people and literally asked them “are you guys done? we’ve been waiting for a long time now and would like to have the table if you guys are just chatting…”. Was completely mindblown how people are able to not give a fuck and pull something like this in public.

— Bartending in a restaurant a few years ago. There was a private party and one of the guests asked me to plug in his iphone to listen to a song. No big deal..I did it and he tipped me $20. He left his phone behind the bar and got wasted. When he was leaving I said, “Sir, don’t forget about your phone!” He threw a beer on me and told me to leave him the fuck alone and told me get a real job. Guess who got to keep a nice new iphone?

— Pizza, ice cream, sandwich shop in a small rural town. I was on delivery.

We had this guy who ordered maybe once a week or so. This customer lived a solid half an hour outside town. None of us knew why the owner ever agreed to deliver to this guy in the first place, being that far out, but we used to wonder if the owner was being threatened into it.

We fully believe the customer would have shot our driver if the answer had been no. As it was, the driver didn’t have as much cheese and peppers as the customer would have liked. Customer called the restaurant, threw a fit. From then on, when we delivered to this customer – because the owner didn’t cut him off – we were told to take a bucket of cheese and peppers with us. I’m talking like one of those bulk ice cream buckets you buy at the supermarket. We all kept on in our trucks. But we had to start taking an extra just for this one customer.

I wonder if the guy was even in it for the pizza.

— I waited tables for a few years in college and the worst table that I ever had was a Catholic priest and some guy he was trying to hit up for donations. The whole meal he was very condescending and demanding. After everything was done, I left the check at the table. He ended up walking out stiffing me not just on the tip buy on the entire check. He even stole the leather check holder thing. I reported this to my manager. A couple weeks later, this same guy comes in with about 20 members of his congregation. My manager told him he wasn’t welcome in our restaurant after walking out on his previous tab in front of his whole party. They all ended up leaving to go elsewhere. Best manager I’ve ever had.

— I can give you one for subway. This guy never ended up paying for anything ever, because he’d managed to figure out the right combination of corporate complaint calls to “get people fired”. Made it impossible to bar him, he’d drop multiple complaints at once posing as different people and he’d make stuff up.

He’d ask for stupid shit, in the most pretentious way possible, “I’ll have 12 olives, no more no less.” kind of thing. All very slowly at peak time during the day with a queue wrapped all the way round the shop and out the door. Then demand at the end of the process that you remake the sandwich. He’d pay, scan his points card then eat ~%50 then demand his money back for equally BS reasons. “That lettuce is too green” etc

Must have pulled that stunt 20 times during the period I worked there. I took petty revenge on him by using his accumulated Subway card points to discount customers in the queue. Wasn’t there if / when he found out all his points were gone.