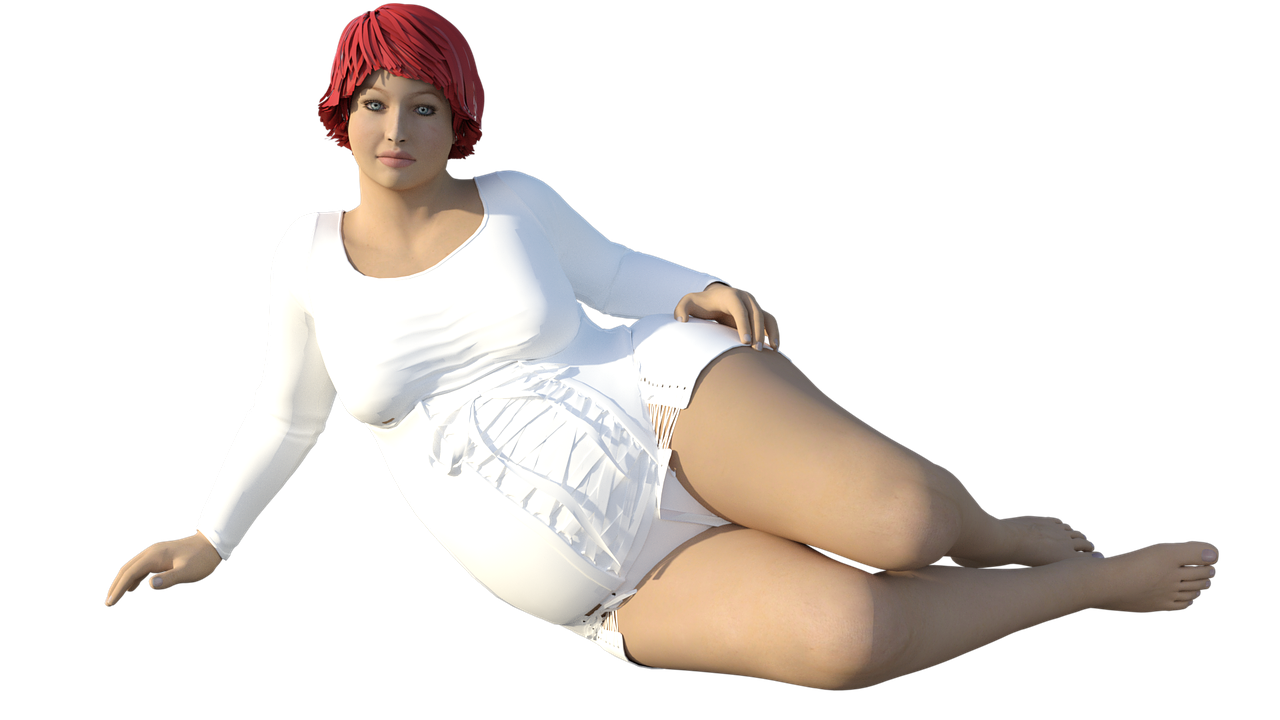 I ran across this as a repost from a subreddit that I normally don’t read and thought it was brilliant. It doesn’t pull any punches, it’s not nice, but I will also say that there’s nothing in it that rings false. What this guy is describing is the experience a lot of men have with online dating, even if they’re not willing to muster up a salvo from their id and drop it all over an online forum like this guy.

I’m from the UK so I’m not sure if some of the trends I see here are the same in the US or elsewhere. But Jesus Christ man women on dating apps are the f*cking worst. And it’s only been getting worse the older I get. I’m currently 29 and dating at this age is like Vietnamese fingernail torture.

First off let’s start with the entitlement. Every girl has a litany of things they want a guy to do for them, or a guy to be in order to be “qualified” to date them yet they offer nothing of value back. “Make me laugh” has to be one of the most over used statements on profiles. MAKE YOU LAUGH!? YOU’VE GIVEN ZERO INDICATION OF A SENSE OF HUMOUR YOU DUMB B*TCH, YOU COME OFF LIKE YOU HAVE THE PERSONALITY OF A PIECE OF PAPER WTF AM I SUPPOSED TO DO WITH THIS!?

They want you to be in shape, have a great personality, make them laugh, message first, be tall, have a beard, have tattoos, play guitar, be sensitive, be a man “no bois plz”, they don’t want one night stands or players, but also nothing serious, let’s see what happens, don’t want kids, vegan, yoga, travelling EVERYBODY WANTS TO TRAVEL YOU C*NT, TRAVELLING DOESN’T MAKE YOU SPECIAL OR INTERESTING, DO YOU EVEN HAVE A PERSONALITY? OR DO YOU JUST REPEAT THE SAME F*CKING SH*T AS EVERYONE ELSE BECAUSE YOU DON’T WANT TO BE EXPOSED AS A COMPLETE F*CKING VOID OF A PERSON!!!??

Ultimately it seems like so many women just want a cardboard cutout man they can just use for whatever end they have. They don’t want a man that thinks for himself, has hobbies that don’t service her in some way or even wants to start a family. Haha in fact most of the time they don’t want kids because of how deeply selfish they are, which in all honesty is a decent red flag to plaster on your bio.

They feel no obligation to be valuable at all other than being a hole. Their ego is so out of control that they seriously think that by virtue of being a woman is what gives them the right to demand so much of men and offer nothing in return. NOTHING. To anyone who has a little girl, NEVER teach them they are a “Princess”, this is crucial. These girls suffer from lil princess syndrome, a mental disorder where women have increasingly distorted views of men and themselves based on their inflated sense of self worth and narcissism. Raise girls to understand the virtues of female traits and to respect men’s efforts in the world and teach them to have hobbies, skills and intelligence so they don’t rely on their f*ck holes to move through this world.

Many of these women are left wing, what a f*cking surprise huh? 33, still single, “looking for the one”. Why is that? Could it be feminism sold you a lie? They sold you down the river to work a career or a job that you hate, that you took a year off for stress (why is it always women going off sick for stress?) And you convinced yourself you don’t want kids, but now you’re getting older and time is ticking and you’re wondering why you feel so alone and you can’t connect with men. But obviously it’s all men’s fault. Those pesky men don’t want to be feminist. Oh god he doesn’t blindly hate Trump like my ignorant f*cking *ss! What a c*nt! He must be a terrible person to not just blindly hate all the things I hate despite never doing the minimal ammount of research to even form a coherent opinion!

George Orwell wrote in 1984 about how women were the worst offenders for shouting slogans and blindly following the doctrine of the state. I wonder why he wrote that ? the more I use dating apps, the more I realise how easily brainwashed women are. I noticed this in church too. Women would be ardent and pedantic enforcers of the religion. Men would be more lenient, knowing that following the core philosophy is more important than if you jack off from time to time or use curse words.

The height thing f*cks me off. I’m not even small I’m 5’11. But it’s just so f*cking shallow. You know damned well if I made a male equivalent profile like “I want a short girl, slim, medium t*ts and nice *ss” I’d be lambasted as some kind of mysoginist objectifier who needs to be strapped into a chair Clockwork Orange style and re-educated into some form of soy based lifeform only to be rejected by women anyway.

Women often want kindness and compassion but I don’t think they actually know what those words mean because when it comes to men they seem completely unable to be or show any of those things. Like if a woman shows even an ounce of consideration to me it’s actually a shock nowerdays. Obviously it’s just code for kindness and compassion FOR ME. Not for you, not for anyone else, just be kind to me. Again it’s this insane selfishness that they have almost no self awareness about. This is likely why women generally hate eachother because of how deeply narcissistic they are.

Single mothers. Like f*ck, hearing their stories is just heartbreaking and enraging at the same time. I was on a date not long ago with this single mom. The kid was 8 months old. She had the kid in her last year of uni with a guy she just smoked weed with and f*cked. They weren’t even together. I’m not really for abortion but it seems like a good idea in that situation. Now the dad has f*cked off to another country and has left her behind. Great choices lady. I’m sure your child won’t grow up to resent you.

Obviously I’m not ragging on all women, just women on dating apps in particular. I notice these growing trends where women want it all. They want seven guys at once to be deeply in love with them while also having no commitment to any of them, in fact they have one guy they fawn over on WhatsApp who lives in another country or some sh*t who actually gives zero f*cks about her and just mines her for nudes. But he’s the one she’s holding out for.

It’s exhausting and deeply frustrating. Women are turning into the hedonistic chauvinist pigs they claim to despise and it’s just sickening.

EDIT: someone mentioned fatties in the comments and so I had to sound off on that. I won’t go on too long but I’ll say this; fatties are some of the most frustrating of women as they actually have good personalities a lot of the time. HOWEVER they’re usually in massive denial and are huge catfishes. They preach body positivity yet use every angle in the book to look thinner or use pictures from years ago where they were slightly slimmer (so they look thicc rather than fat) to lure you in. So when you actually go on that date thinking you’re in for some dummy thickness you end up meeting a blob. And you can’t fucking say anything because it’s impolite but inside you’re screaming WHY DID YOU LIE TO ME YOU F*CKING PLANETOID?? AND SHE CAN SEE IT IN YOUR EYES THAT YOU’RE SCREAMING INSIDE BUT SHE SAYS NOTHING AND YOU SAY NOTHING AND YOU HAVE AN AWKWARD DATE THEN GO HOME AND NEVER SPEAK AGAIN. GET ON A TREADMILL YOU FAT LYING F*CK AND STOP THIS MADNESS

Online dating was an amazing idea, I’ve known people in real life that have met their future wife that way and it seems like it makes perfect sense, right? You’re looking for someone, they’re looking for someone and here’s an easy, no-pressure way to see if you’re interested in each other — so how did it turn into such a cesspool?

Online dating has become a reflection of our increasingly feminized, vacant culture that lies to women non-stop. It tells them to sleep around and not get in a serious relationship when they’re the youngest, most beautiful, and most fertile. It tells them how valuable it is to have a career, how wonderful they are at any size, how everything is supposed to be even-steven. For God’s sake, whatever you do, don’t you dare enjoy cooking, cleaning and taking care of your husband and kids instead of putting in 60 hour weeks trying to impress some corporate stooge at work so he can promote you to Chipotle district manager. Meanwhile, they’re being deluged with guys writing them and every picture they put up online gets 150 likes and a thread full of, “Wow, you make that look gorgeous” comments. Every woman online thinks she deserves a prince, but very few of them care about being the sort of princess a prince would be proud to carry back to his palace.