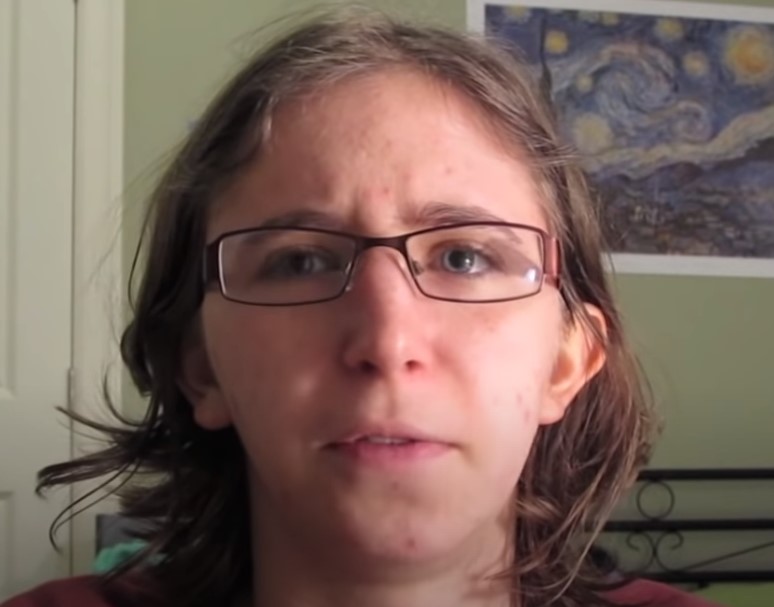 I ran across this video today on a femcel (female incel) forum and thought it was interesting in a weird sort of way. It’s a video called, “On Being Ugly.”

Over 2.5 million people watched this sad rant about a girl who is absolutely, thoroughly convinced that she’s ugly. She even notes that she doesn’t ‘want to be told’ that she’s not ugly. It has quotes in it like this:

When my appearance really gets to me and I’m feeling really gross about it, I try to remember a few things. One is that I am beautiful in some way because I am a living thing and I think living things, to me at least, have some inherent beauty.

Incidentally, in case you’re wondering because you only see her head, she’s not overweight. Here’s a picture of her with a couple of friends from another video. 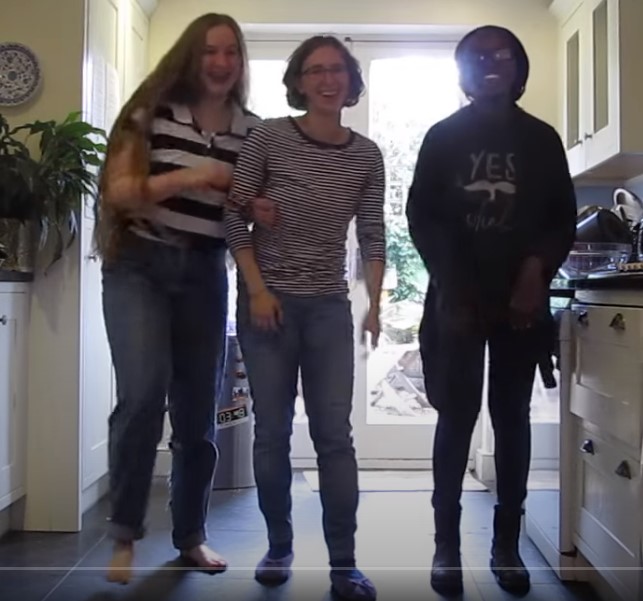 Incidentally, in that video, she laughs a lot, does a goofy little dance, seems to be having fun, and is kind of charming.

Of course, the thing that jumps out at you is that she isn’t ugly. In fact, a new hairstyle, some make-up and a better wardrobe, all things she could do inside of a week, would probably bring her up to a 7. We can quibble about that number and no, a 7 isn’t the same as a 9, but the point is she’s actually not ugly in any meaningful sense.

So, why doesn’t she get her hair “done,” put on some make-up, and add a little style to her wardrobe? Because she believes that she’s ugly. Once she’s decided that she’s ugly, why get her hopes up while wasting time and money on that sort of thing?

I’d also note that one of the biggest difficulties people have in changing their self-image is that they get some type of secondary gain from their beliefs. For example, we could all come up with lots of disadvantages of being ugly, but there are some advantages to it as well. It saves you money, time, and worry because you don’t need to pay a lot of attention to make-up, clothing, and hair care. You can also skip dating and sex, which some people find very scary. It allows you to tell yourself that you’re a victim and it’s not your fault that you’re failing. Didn’t get that job? The boy you like didn’t pay attention to you? You’re not getting good reactions from people around you? It’s probably because you’re ugly. This is one of the reasons change can be so hard for a lot of people. Theoretically, beautiful beats ugly 100 to nothing, but for people who are enjoying the secondary gains, it may really be more like 60-40.

Our minds also care a great deal about preserving our self-image and they have a lot of tricks they can use to do that. Like, for example, telling people you don’t want to be told you’re pretty in the first place. Like getting told you’re pretty and assuming they’re lying, being nice, or just want something. Incidentally, it works just as well the other way. If you believe you’re attractive and people tell you that you’re not, you assume they’re idiots, jealous, or just trying to be mean. Our brains are rationalization machines.

So, have you been rationalizing anything? Is there somewhere in your life where what people are telling you doesn’t necessarily match what you believe? We humans are awfully good at lying to ourselves about our looks, our self-worth, our everything. If you have a negative belief about yourself, like “I’m ugly,” it’s worth questioning whether you’re wrong. Your brain may tell you, “Of course, you’re not wrong,” but if you ask that same brain to think of examples that contradict what you believe, it may come up with several of them. Then, it’s a question of which belief serves you better. In her case, “I’m pretty” would serve her better than, “I’m ugly” and she should be trying to reinforce that belief. You should do the same with negative beliefs that may be kicking around in your brain.