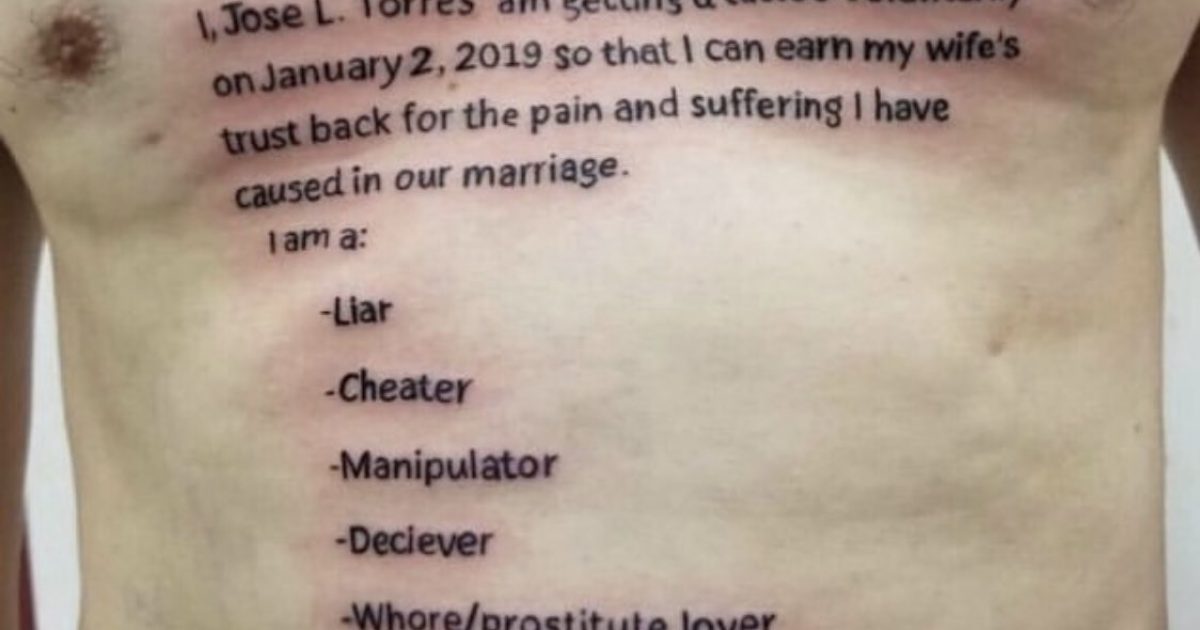 Even if it’s true, there’s no way you get this tat for a myriad of reasons.

First of all, if she really feels this way about you, I question how long you’re going to be married no matter what you do.

Secondly, when you do get divorced, all she has to do to take you to the cleaner is get to raise your shirt and let the judge she what you have tattooed on your chest.

Third, there aren’t a lot of women that want to be with a man who’s her b*tch and any man putting this tattoo on his chest is blue pilled to the max. So, even if she was somehow willing to put up with your bad behavior, the fact that you agreed to get a tat like this would probably be the last straw ending the relationship.

Fourth, even if somehow, someway she doesn’t plan to divorce you, every time you take your shirt off she’s going to be reminded of the things she hates most about you and she’s going to wonder what she’s doing with you.

Fifth and finally, this smacks of raw vengeance. Of, “I hate this relationship, I want out and I want my vengeance on the way out.” Who wants to be left with a tat like this when she inevitably divorces you?

So this guy? He just made one of the biggest mistakes of his life.