Imagine that you get so demoralized from striking out with women that you spend thousands of dollars on a sex doll so you can get laid and then even it doesn’t want to have sex with you. Wow.

Yet that’s exactly what this paper is suggesting. 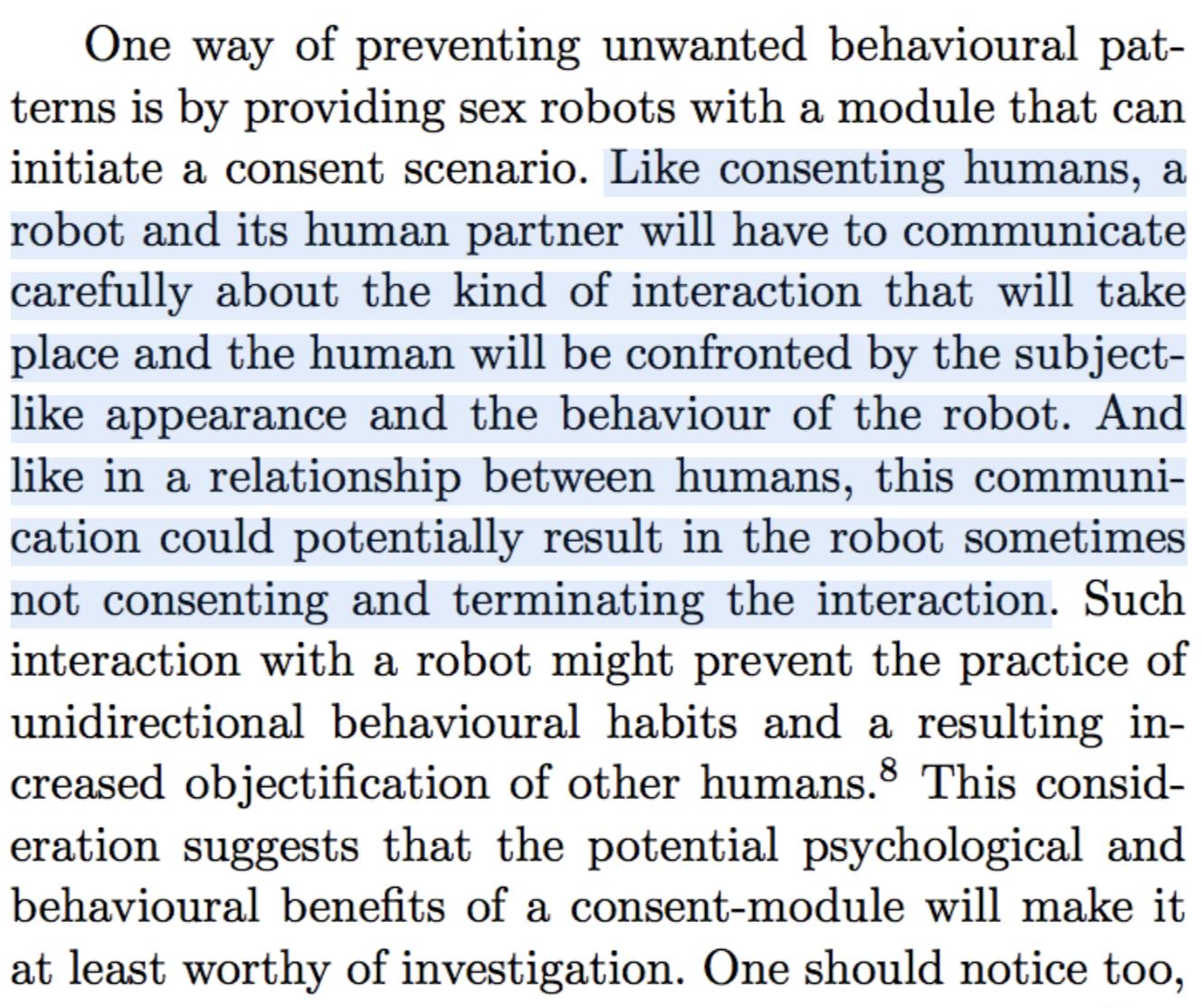 Something else to consider is what happens AFTER the sex robot says “no.” I mean, are the people who paid for a sex robot going to take “no” for an answer from a machine? For example, if your toaster, microwave or car told you it just didn’t feel like working, would you feel like it was immoral to use it anyway? In other words, what would this really end up normalizing? Taking “no” for an answer or overpowering your partner when they don’t want sex?

Let me add that all of this is academic because a sex robot has one job and if it doesn’t do it, why would anyone spend money on it if he has another option? Of course, that’s the idea, isn’t it? You get Congress to pass a law to further humiliate the sort of dorks that are using sex robots — as if they aren’t punished enough every time they remember that they paid a huge chunk of money for a piece of plastic that looks like a girl to have sex with.