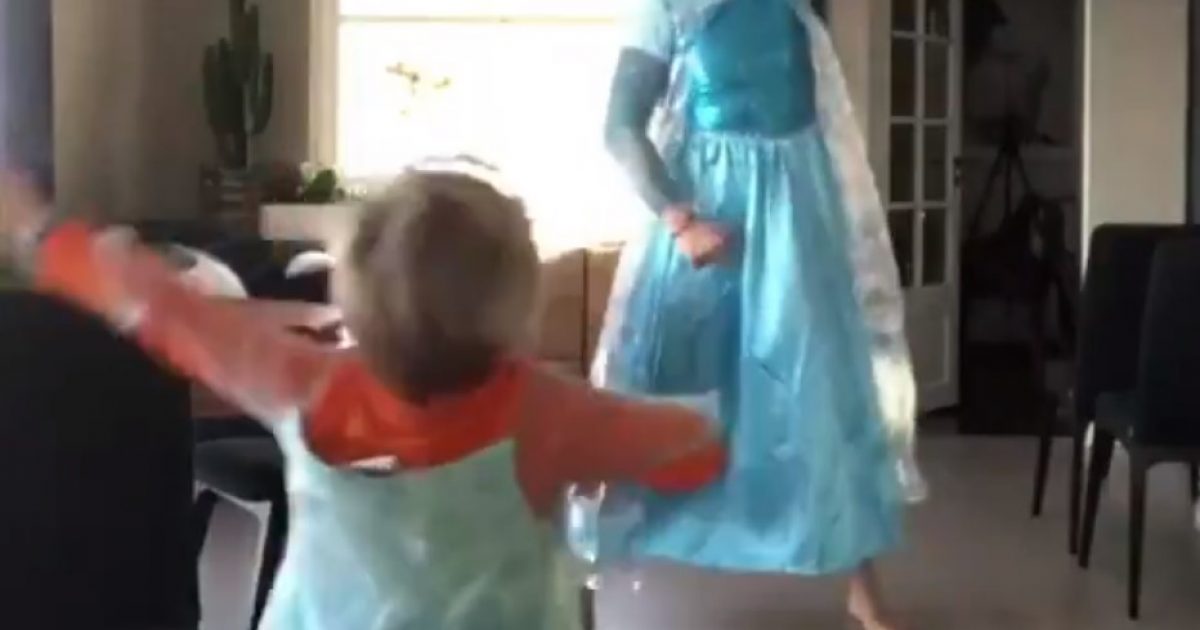 As always, fatherhood is only celebrated by the mainstream when it’s used to subvert masculinity. https://t.co/RsWdF83Rjf

I’m guessing the dad’s wife’s boyfriend bought him that dress as a thank-you for not putting up too much of a fuss when he told him he’d be spending Valentine’s Day with his wife, but it’s impossible to know for sure. What we can know for sure is this guy isn’t setting a good example for his son.

Is dancing around in a dress with his son, who he also allowed to wear a dress going to cause permanent damage?Hopefully not, but I also wouldn’t be shocked if the kid ends up talking about it in a therapist’s office one day. At best, this kid doesn’t have an example of positive masculinity in the house. At worse, especially with how our culture is degenerating, his parents will decide he’s a transsexual at 8 or send him to school carrying a purse and then say they’re *** shocked, shocked I tell you *** that other kids are making fun of him.

This is not a good example of manhood, fatherhood or masculinity which is why it isn’t a shock that you’re seeing it pushed as charming.