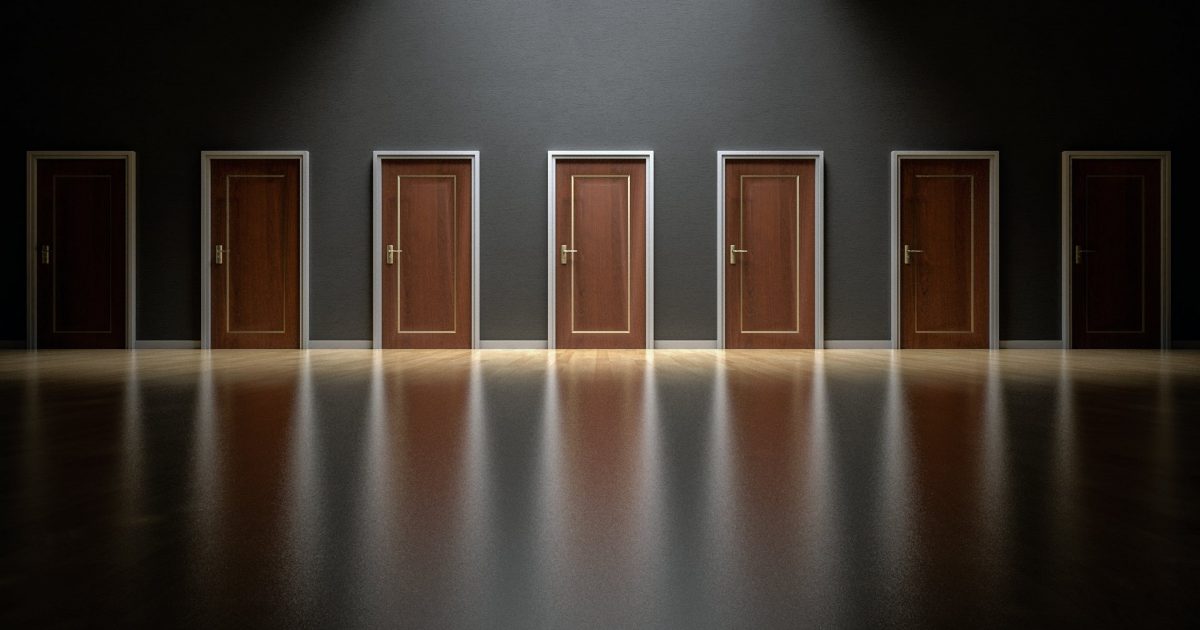 The only two things you have to do in life are die and pay taxes. Everything else is optional.

If you get sick of your kids, you can leave them. People do it every day.

You can take cocaine or meth. People do it every day.

You can have unprotected sex with a prostitute. People do it every day.

Are those good choices?

However, it’s important to ask WHY they’re bad choices.

If you leave your kids, not only will you do a lot of damage to them, you will probably spend the rest of your life thinking less of yourself because you abandoned them. In fact, if you don’t feel that way, there’s probably something wrong with you as a human being that you should work on with a psychologist.

If you take either cocaine or meth one time, you might be fine….or you might die, become addicted or get arrested and go to prison. One mistake. Game over.

Having unprotected sex with a prostitute would mean you’d have a high chance of getting a venereal disease that could potentially be with you for the rest of your life. Many men might even find that PREFERABLE to the possibility of getting her pregnant and having her in their life for the next 18 years.

So, these are all choices that are LIKELY to have a dramatic negative impact on your life, especially if they’re repeated.

In other words, the juice (freedom from responsibility, pleasure of taking a drug or enhanced sexual pleasure from not using a condom) is not worth the squeeze (the possibility of ruining your whole life).

The problem many people have is that they become so risk averse that they treat less consequential decisions as life and death instead of rationally evaluating the situation.

Let’s say you’re getting married in a week and you’ve concluded that, no, you’re not just feeling pre-wedding jitters; this is not the woman you want to spend the rest of your life with. When you’re in that position, you still have a choice about whether you want to go through with the wedding or not. Yes, a lot of money may have been spent already; you may need to have a lot of embarrassing conversations with your friends and family and it will mean breaking off a relationship with someone who may not be right for you, but whom you still care about. Is that better or worse than the inevitable divorce you’re going to have down the road? Will you have less embarrassing conversations then? Will it cost less? Maybe. Maybe not. You may feel like you have no choice, but in actuality, you do. A consequential choice, a choice with huge ramifications, a choice that you are making no matter what happens.

Many people have the false belief that they can avoid making a decision, but even the choice to do nothing is a choice.

If you see your worst enemy drowning 10 feet in front of you, you can toss him a life preserver and save his life or you can watch him drown.

If your sister gets drop dead drunk and some guy either of you barely knows is about to drive her home, you can step in…or you can choose otherwise. Maybe it will be fine. Maybe your sister will pass out drunk on the way home and he’ll take advantage. On the other hand, maybe you’ll make a big deal about him taking her home; the guy will get offended; your sister will accuse you of not trusting her and his friends will dislike you for implying he’s a wannabe rapist.

If you’re sick of your job, but won’t quit because you need the money, you may be making a mistake. Sure, you feel more secure, but it kills your soul and how good of an employee are you when your eyes glaze over five minutes after you arrive at work and your highest priority is playing cellphone games when your boss isn’t around? Looking for a new job might mean risk, change and sending out resumes that might not produce anything, but it could also mean a better work environment, more pay and better vacation days. It’s also entirely possible that poor performance caused by your discontent with your job will get you fired down the road.

It might be a good idea or a bad idea, but you do have options. Sometimes, you have more options than you think because you’re focusing so hard on whether to choose between Option A and B that you forget there are Options C and D that you can also choose.

Should you look for short term hook-ups or focus on finding the love of your life? What if you could do both? Why not just decide that you aren’t going to date any woman exclusively until you’ve been seeing her for a few months and play the field while you evaluate your options?

Do you want to stick to your bodybuilding meal plan or do you want to blow it off and go pig out on ice cream? What if you stuck to your plan and ate an extra protein bar instead? If you need something frozen, maybe you could eat a little frozen yogurt and throw the rest out when you’re done.

You cannot escape these decisions. You can only evaluate the pluses and minuses, go one way or the other and hope the juice is worth the squeeze. Unfortunately, many people get so emotionally overwrought that they short circuit the whole process by ruling certain options out before they start.

Wrong, you CAN. You do have a CHOICE.

This is all worth thinking about because right now, if you feel stale, if you’re in a rut, if you feel sick and tired of being sick and tired, it’s probably because of your choices. You’re sitting there telling yourself that you have no other option than taking 10 more bites out of a shit sandwich that goes on as far as the eye can see and it’s bringing you down. If that’s you, isn’t it time to do something different?

In that case, here’s an alternative to consider, just to have a little piece of mind for yourself.

Examine your life and anything you’re unhappy about. Then, start thinking about the different options you have. Don’t worry — you don’t have to do anything. In fact, you may look at all these potential choices you have and say, “You know what? I’m doing the best I can right now.” There’s some value in that because maybe the problem isn’t so much your situation as the attitude you have about it. Maybe you just need to double down on your relationship, your physique or your job. If you are choosing it, then you should give it your all, right?

Before you make your choice, just remember what the great C.S. Lewis said, “The safest road to hell is the gradual one – the gentle slope, soft underfoot, without sudden turnings, without milestones, without signposts.” Don’t be afraid to make the tougher choice if it’s the right thing to do.