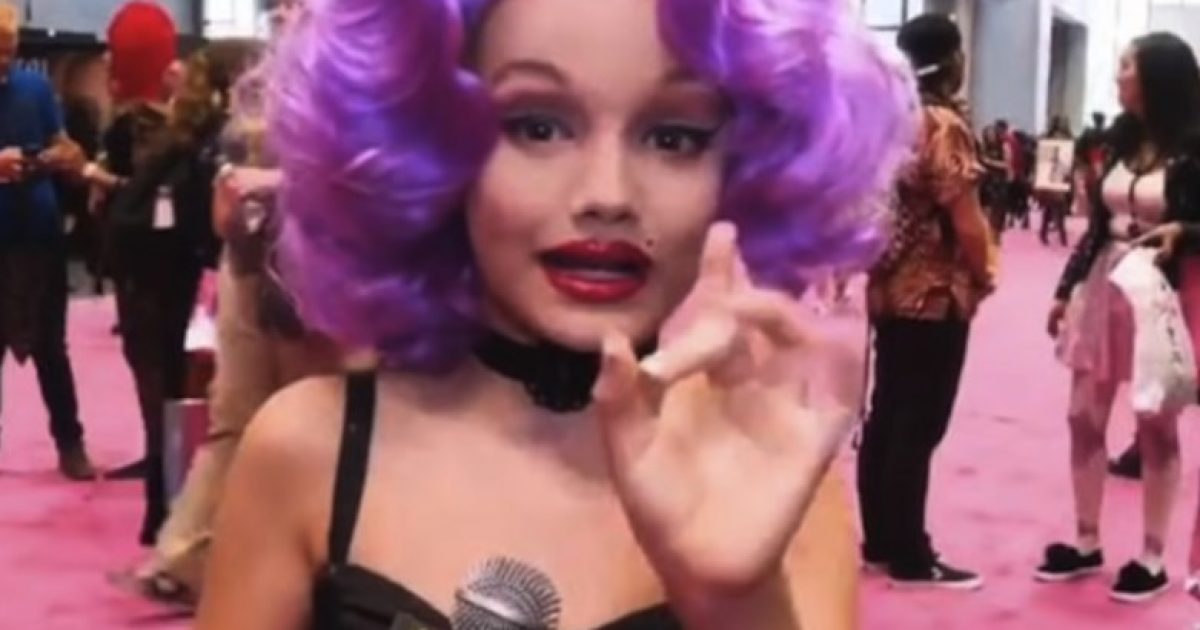 Granted, it’s easy to see how it would be disturbing to have a pedophile lusting over your son, but in this case, it’s a little like putting bait on a hook and then being shocked, SHOCKED I SAY, when a fish bites it.

The mother of a 12-year-old drag queen has denounced an article written by a convicted pedophile about her son.

She noticed a WordPress blog post from convicted pedophile Thomas Victor O’Carroll with the headline: ‘Desmond is truly amazing — and hot!’

The article praises Desmond as a ‘pretty, young boy’ and ‘sexy kid’.

…As a result of this blog post and recent conservative media outcry, Wendylou said she’s gotten over 150 calls from Child Protective Services (CPS) in recent months.

‘All claims have been unfounded and we continue to be cleared,’ she exclusively told Gay Star News. ‘We have been investigated by seven different agencies.’

…Wendylou then continued: ‘The truth is, Desmond is a professional drag performer. No one forces him to perform, performing is what he loves to do and has always loved to do.’

She also said his costumes are always age-appropriate, he collects tips for toys and he’s never allowed into the bar area.

‘Instead of tearing drag kids down, why not mentor them?’ she said. ‘They are the future of drag.’

Desmond was recently part of a Pride collaboration with Converse, as well as walked the runway for label Gypsy Sport in New York Fashion Week

First of all, I can almost guarantee you that the only reason child protective services hasn’t taken this kid out of this horrible situation, which is what it should do, is because of political correctness.

Just listen to what his bad mother is saying. She’s dressing a 12 year old kid up in drag, taking him to gay bars where drinking is going on and sex is probably happening in the back rooms and we now know he’s catching the eyes of pedophiles.  To have your mother encouraging this sort of thing is grotesque and evil.

Let also note something that you are not supposed to say. Gays in America are way too comfortable with sexualizing kids. You are not supposed to say that….except it’s true. Putting this kid in a gay bar is the equivalent of taking one of the little girls from a child beauty pageant to perform in a strip club and the fact that gay Americans are totally comfortable with that, says a lot. I also can’t help but think back to a controversy in the conservative world back in 2010 involving a young gay Libertarian named Alex Knepper.

Knepper was getting writing gigs in a number of places but an outlet called Newsreal canned him because it believed he “seemed to be showing unhealthy sexual interest in children.” This turned into a whole big thing and the long and short of it, he was regularly posting on a place called the Gay Teen Forum where at the time, the whole culture seemed to straddle the line between gay adults discussing their issues and sexual interest in children. For example, here’s one of the questions I asked Alex back then for an article,

….I HAVE TO SAY I’M VERY SURPRISED THAT YOU SAY THAT YOU DIDN’T REALIZE HOW PEOPLE WOULD TAKE (SAYING A WORD LIKE CHILF). JUST THE PHRASE, “CHILD I’D LIKE TO F***” IS GOING TO MAKE THE AVERAGE PERSON IMMEDIATELY THINK NAMBLA AND CHILD PORN. THE FACT THAT SOMETHING LIKE THAT IS ACCEPTABLE IN THAT FORUM ISN’T GOING TO MAKE MOST PEOPLE THINK IT HAS BEEN TORN OUT OF CONTEXT; IT’S GOING TO MAKE PEOPLE THINK THERE’S SOMETHING TERRIBLY WRONG WITH THE PEOPLE GOING TO THAT FORUM. YOU HAVE THREADS WITH PEOPLE LIKE “LESTERMOLESTER” POSTING IN THEM AND THEY’RE TAlKING ABOUT CHILFS. THAT PAINTS A VERY UGLY PICTURE, ALEX.

If you remember the controversy that crippled Milo Yiannopolis, it was the same kind of thing.

In one of the clips, Yiannopoulos seemed to speak sympathetically of certain sexual relationships between adult men and 13-year-old boys.

In another exchange, Yiannopoulos spoke fondly of “the sort of ‘coming of age’ relationship … in which those older men help those young boys discover who they are and give them security and safety and provide them with love and a reliable sort of rock, where they can’t speak to their parents.”

This seems to be pretty standard thinking in the kind of environment this woman is choosing to put her 12 year old kid into and sadly for this child, it’s unlikely to end well.