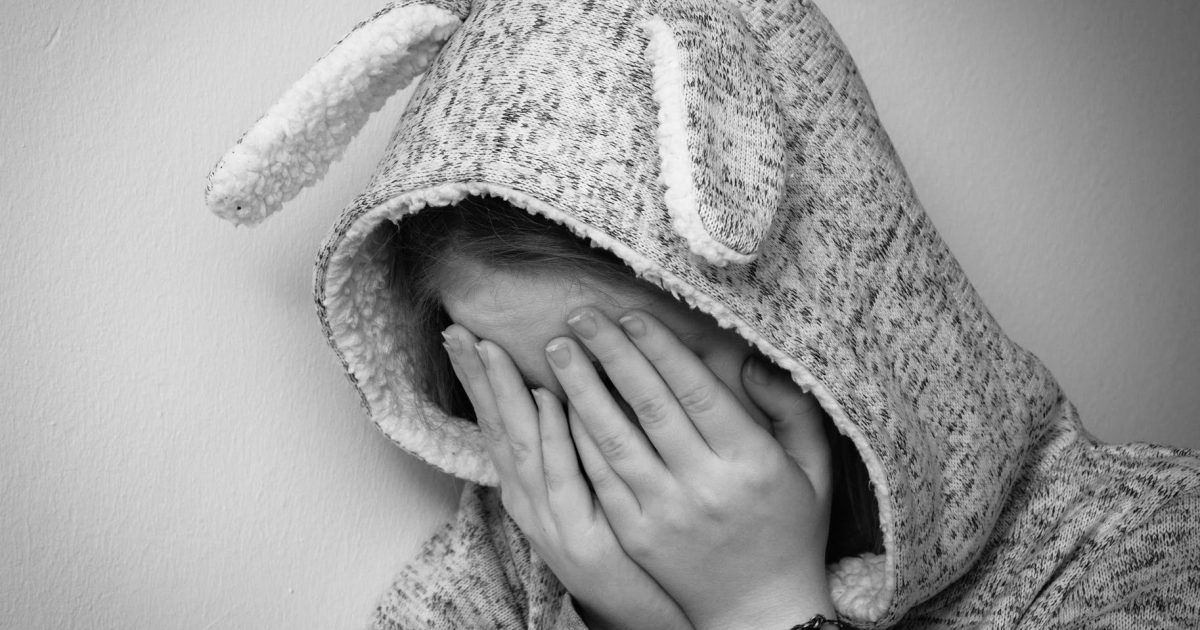 Admittedly, this is an egregious example, but I have heard numerous similar stories about entitled Millenials and Generation Z kids that are hypersensitive to criticism. I suppose that when you’re a snowflake that lives in a bubble for the first 22 years of your life, having to deal with the real world for the first time can be tough. But, this tough? WOW… 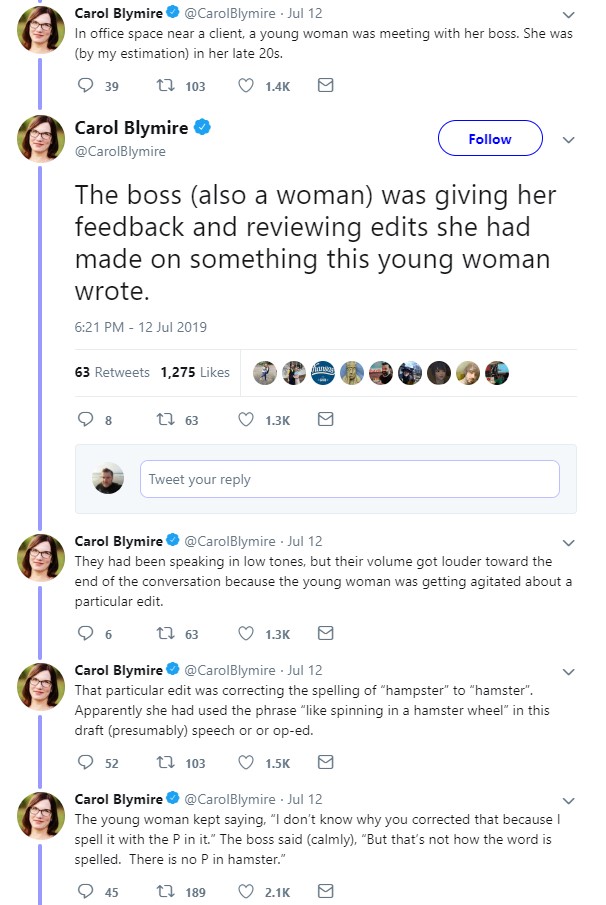 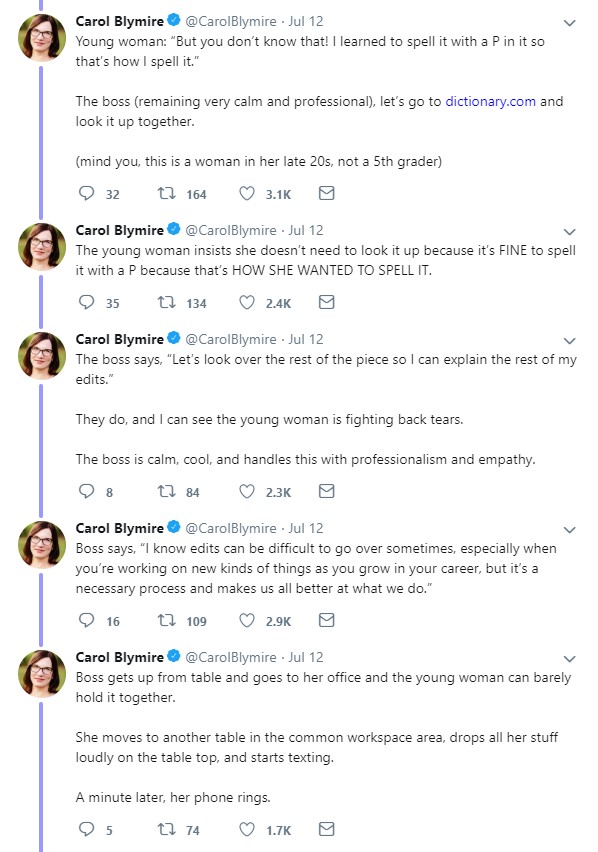 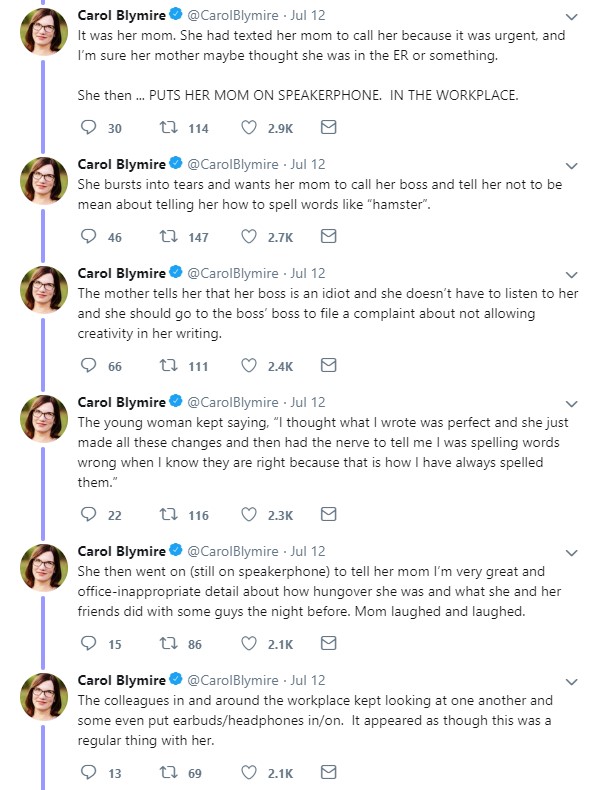 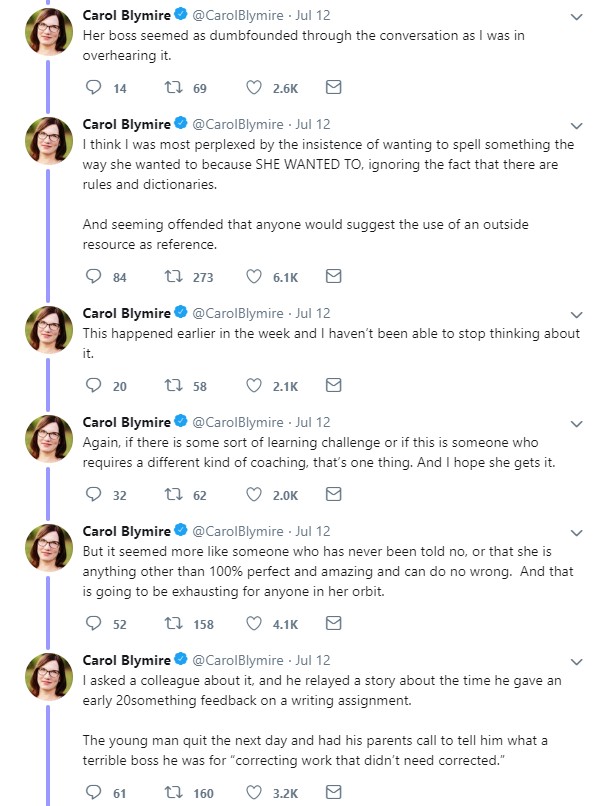 I’ve fired people for considerably less than that and would have unhesitatingly fired her as well because having someone with the emotional maturity of a 7 year old around is going to be nothing but a hassle.

This is one of the reasons that colleges’ coddling kids is so bad for them. In the real world, there are no safe spaces and people don’t care about your feelings, they just want to produce. You may think you can fix everything by running to human resources, but that puts the Mark of Cain on you even if things go your way.

Toughen up, buttercup, or life is going to knock you on your @ss.