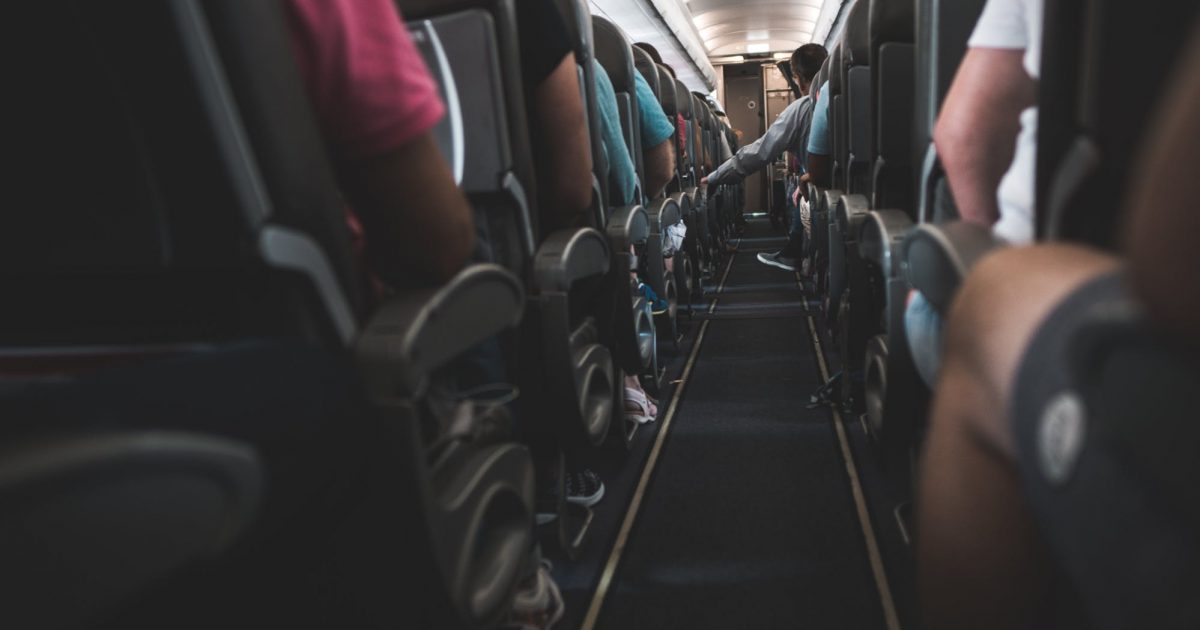 “Nine times out of 10 – based on my extensive experience flying “cattle class” – if a man is seated beside a woman he will claim the armrest. Not only that, but his elbow will protrude slightly into the woman’s seat space. Unless you are prepared to press your arm against the man’s – which will allow you to feel the rise and fall of his breath and is, I feel, too inti­mate a connection with a stranger – then you have lost two inches of your seat.

With the average seat width being 17.2 inches, this means you have effectively lost about 12 per cent. If you are unfortunate enough to be in the middle of a row and have a man on either side, you have lost nearly a quarter of your seat. And yet you are paying the same price as those space-invading men.

….I dream of a future in which there are women-only seating sections on planes. Most women intuitively understand that the armrest is “neutral territory” and leave it as a slim buffer between them and their neighbour. I’d be prepared to campaign vocally for “pink rows”, but I suspect airlines wouldn’t be in favour because that would mean other rows full only of men – and that wouldn’t work. Men – and airlines – depend on encroachment onto women’s seats for comfortable travel.”

As with regular “manspreading,” which apparently seems to involve feminist ignorance of the fact that unlike them, we men have extra equipment down there that demands that we have our legs farther apart than they do, there is a biological explanation for men tending to capture the armrest. As she notes, the average seat is 17.2 inches wide. Meanwhile, my admittedly wider than average shoulders (thank you, good genetics and weight lifting) are according to the tape measure I just used to check them, 23 inches across. In other words, the real problem is that the whole planes are already “pink rows” built for women, but we have men flying on them. I can understand how a woman may not want to be pressed up against a stranger, but men don’t like it either. We are not taking the armrest out of some primitive need to claim space; we’re taking it because the seats are too small. If she got her “pink rows,” what would inevitably happen is that they’d end up being, say 12 inches across, and she’d be fighting with other women for the armrests while the size of seats for men would inevitably go up because with no women, the men would need more space. So….wait a second, maybe this is a good idea. I mean, would I be willing to #metoo the airlines if it meant wider seats? Maybe I should give this a chance….