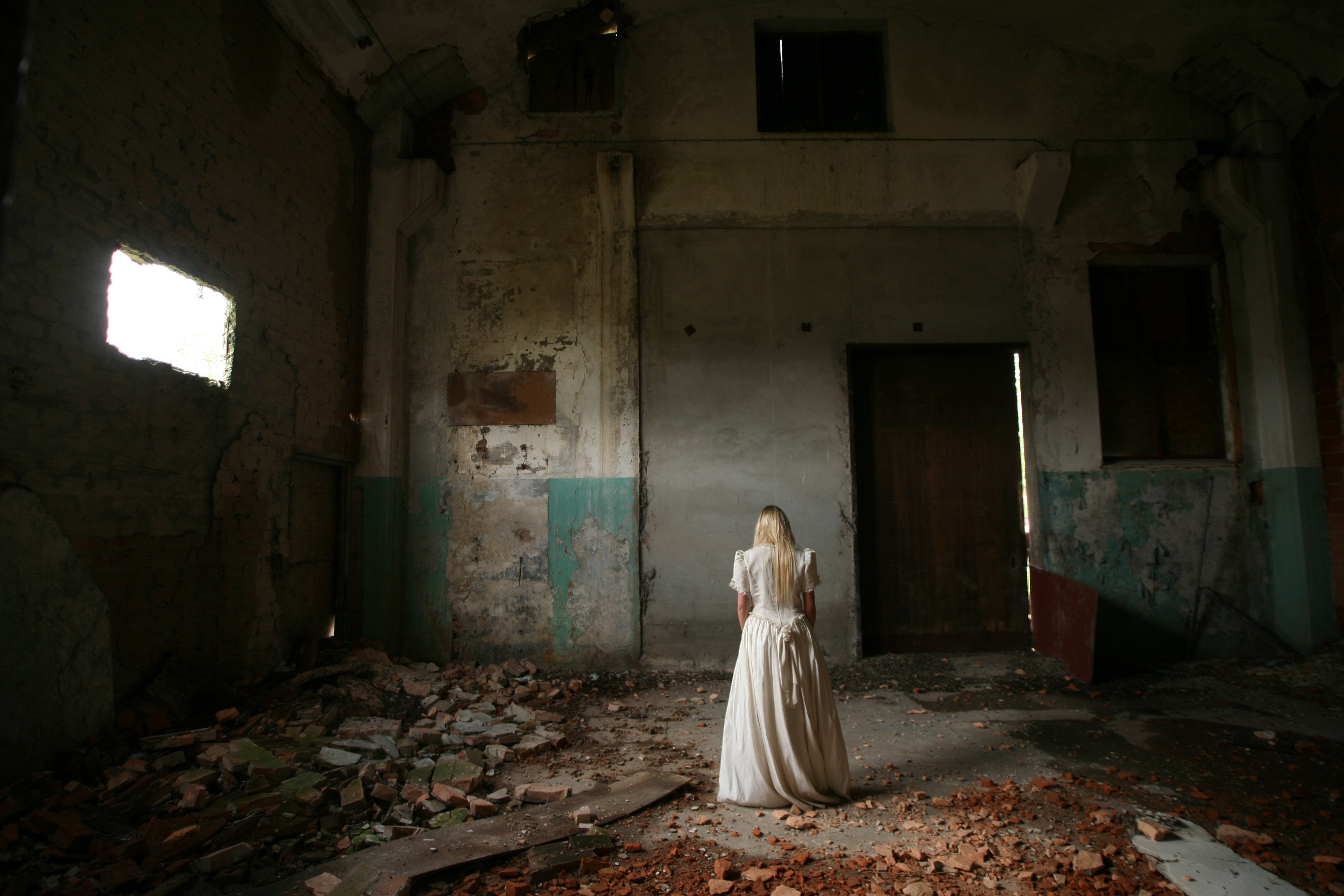 Once at a party, there were several of us gathered around talking. The topic turned to sex, which is generally a good place for it to be if you are meeting women at a party. One attractive woman really stood out though because she said she liked “biting.” More specifically, she said she liked the “sensation of biting through human flesh.” If “nope” could be a facial expression, every guy in earshot would have had it on their face.

A lot of guys have apparently had experiences like this and here are some of the best ones:

But everytime I met her after that something was off. It seemed like she had a different personality each time, a lot of things she said didn’t follow the conversation and her expressions didn’t really do what they should ( for example watching a horror movie she said the death scenes made her horny). One night I’m passing her room at like 3am and see shes just sitting there staring at her tv while it’s off. I knock and I ask her what’s up and she looks at me weird and says she’s watching a show. I hadn’t talk to her in a while and then one day this girls says that she texted her saying I had trapped her in her room. I told my friend about it and apparently she texted multiple people on different days claiming I was kidnapping her or something. Prior to this She told me she wasn’t allowed to own a gun due to a history of depression but the more I spoke to her the more I think something else was going on.

— Watched a smoking hot girl, who I’d had feelings for up until that moment, plan to falsely accuse her current boyfriend of rape. She was going to have a friend come over a rough her up so she’d have bruises and shit.

So that was fucking terrifying.

— A very attractive woman I talked to (pre-cellphone camera era) had several books of Polaroids of men’s butts. Close up, no other distinguishing marks. She could name them all by memory. She would bring it with her to social events and ask for volunteers to be added. I thought maybe it was art, but at one point she mentioned she was trying to become a mortician and invent human body taxidermy. I assume she has a room of preserved butts now.

EDIT: she was serious, she had tried to stab her brother before

— About 6 months ago, I was FWB with a woman and she started to have feelings for someone else and we decided to cut things off. No big deal, it happens all the time. Out of the blue about a month later, she texted me that her mom was looking for a FWB and she thought I would be perfect for her mother. Umm, no. She was in her early 50’s, so I would assume her mother to be 75-80 years old.

— A sperm jacker. Back in my senior year of high school some girl wanted to get pregnant, badly. She slept around a lot in an effort to get pregnant but would tell everyone what she was doing. so, by the end of the first month of school no one would sleep with her that knew of her. Word spread around the guys that she would wrap her legs around you, bite the tip of a condom, bring condoms with holes pocked in them, lie about birth control, etc. She ended up getting an acquaintance of mine who had graduated the year before pregnant by date raping him. She got him blackout drunk at a house party and took him to an upstairs bedroom. He called the cops and everything and the cops basically said stop being a pussy and enjoy the rape sex. She got pregnant. She refused to terminate despite threats of harm and offerings of cash from his friends and family. Dude took her to court with character witnesses, police report, and some texts he had printed out to try to give up his parental rights. He joined the army. Did 4 years. Came back. Drama. Moved about an hour away by car. He hates his life as she slurs him on social media non stop for being a dead beat dad. She lives off of snap, housing, and child support. The kid is her cash cow. She is now a tatted, druggie, who sleeps around to get men to buy her things. She has mentioned she’ll do the same thing in a few years when her kid is about to turn 18… Wish I were making this crap up.

— I’d hooked up with this lady a couple of times before when we’d both been drunk. She was a little quirky, but nothing really stood out until one night I learned the hard way that she was clearly unstable and insane.

Then one night she shows up at my house unannounced and says she wants to get drunk with me. We have a few wines and are talking when suddenly she switches her language to french (not fluent either… like high school level french). I think it’s kind of funny for a minute… but she doesn’t stop. Anything I ask her she responds in french. It quickly gets annoying.

I ask her to stop. She switches back to English and starts calling me a Nazi and anti-semitic… why? No idea. She goes on a rant about the Holocaust and Hitler and occassionally inserts the odd french sentence.

She then begins to insist that I am Jewish. I am not. Then starts calling me a nazi again. i have no idea where this is coming from.

She throws a glass at the wall. So I ask her to leave. She refuses.

I begin packing her stuff up and place it on the doorstep.

She then attacks me. Scratches my neck, slaps me, tries to punch me in face twice. She then apologises, says she’s tired and asks if we can have sex. No.

I literally force her out the door where she spends the next 20 minutes on the street yelling about some guy named “Paul” (not my name).

Eventually she left and was promptly blocked on every app/platform available.

— When I was in my early 20s, I had an FWB type of thing with a woman in her late 30s with two daughters. Nothing serious because of the age gap, but I thought she was attractive.

I blocked her and never contacted her again after that.

— Oh yeah. More than a couple times, the thing is that the more attractive the girl is the more we tend to be able to overlook. Back in my uni days there was this insanely hot red head I met in one of my classes. She was smoking hot, probably the most attractive women I’ve ever been with. She was a solid 9-10/10 and she even showed interest in me. Took me a long time to realize that my closest friends who thought she was batshit crazy weren’t just jealous, they actually might have been on to something. The sex was great, it was on tap, anytime, anywhere, any way and maybe that blinded me. I go in to take an final in one of my classes, after it was over I went outside and turned my phone on again. Something like 40 missed calls, 20 texts. I won’t regurgitate the voice messages or texts, except the last text. It was her hanging her dog from a tree with her belt. Her own dog, keep in mind this was a dog she had cared for since high school.