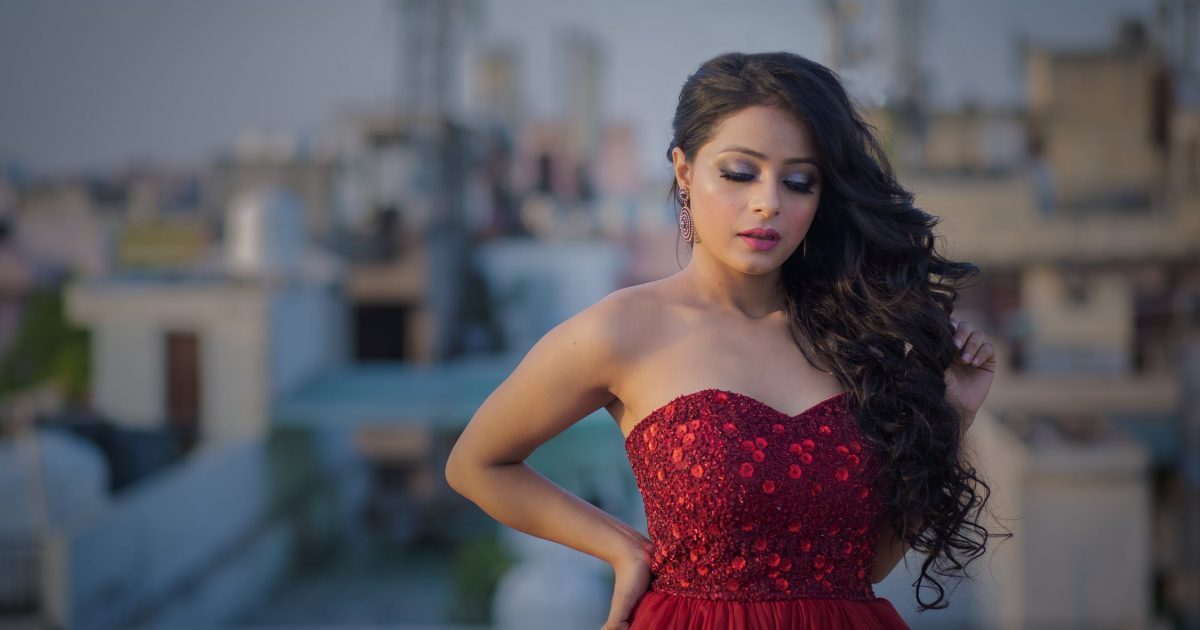 If I were giving a list of dealbreakers, off the top of my head they’d include hard drugs, bipolar personality disorder, lack of a sex drive or working as a prostitute / sugar baby / stripper / Patreon thot / etc. Well, over at Reddit, someone asked, “If you really like a girl, what are some reasons you wouldn’t date her?” There were more than 6700 responses. Here are some of the best.

“If you are in different stages in life. If one of you wants to experience life and party, and the other one wants to settle down and have children.

Or if you know that one of you is bad for the other because of different temperaments.” — DoctorPoooh

“My friend just broke up with his girlfriend because she was 500k in student loan debt for undergrad… I don’t know how that’s even possible but I understood that. He dated her for 7 years and she broke it to him. He knew he couldn’t live that life” — Anonymous_Hazard

“Probably get downvoted but, kids.

At my age (27) it’s rare to find a single woman who doesn’t have kids. If it’s just one young kid and the dad isn’t very involved, I can take that on but in most cases, especially if the dad wants to be involved, its a burden. I feel like I won, getting to this age without any kids. I don’t want yours.

My last ex had a child. I don’t hate kids, in fact I really liked her daughter. Would often buy her gifts and spend a lot of time at her apartment playing with her daughter. You could tell,she wanted a dad and even called me Daddy a couple times (I didn’t correct her, but its heartbreaking to think about).

After things went sour between her mom and I, it’s was almost more heartbreaking not to see her little girl anymore. After 2 years, you start to love the little hell raisers and I can only imagine the toll on her daughter, I know she’s sad and misses me too.

So it sucks, I don’t want to date women with kids because there are too many people who are gonna get hurt if the relationship ends. And in a lot of other cases,the mom just wants you to support her kids, which isn’t my job.” — King__ginger

“About 15 years ago (damn I’m old) there was this girl I had a crush on for a couple years… She was in a relationship, then she broke up with him and it was my chance.

I REALLY liked this girl, she was everything I wanted and and more… Literally my dream girl.

Well I played my cards right and one night I end up at her place after a night out.

When I walked into her apartment, there was this strange smell, I couldn’t quite figure out what it was.

Her roommate was sat on the couch with her BF. It was a 3 seat and I told her she should take a seat on the couch and I’ll sit on the floor. The smell got instantly stronger, it seemed like it was the carpet.

Then she took her shoes off… Her feet smelt like death. I have the unfortunate knowledge of what that smells like (job related).

At first, I couldn’t believe it. I was in a state of shock. I thought that I was going to be sick. Her feet were right next to me as I was sat on the floor. I truly wanted to overlook it, but was so overwhelming that it was all I could think about. It overwhelmed my senses.

I probably would have married that girl, but after that night I couldn’t go back. It was the first breakup I initiated.” — CaliAshy

“Because I was sleeping with her while she was engaged.

Her marriage fell apart afterwards and I probably had the opportunity to but I couldn’t get past the fact that if she did that to him she’d do it to me.

Aside from this slight technicality she was perfect

Happily married to someone else now.” — grumpy_strayan

Last, but not least, if you are a Game of Thrones fan…. 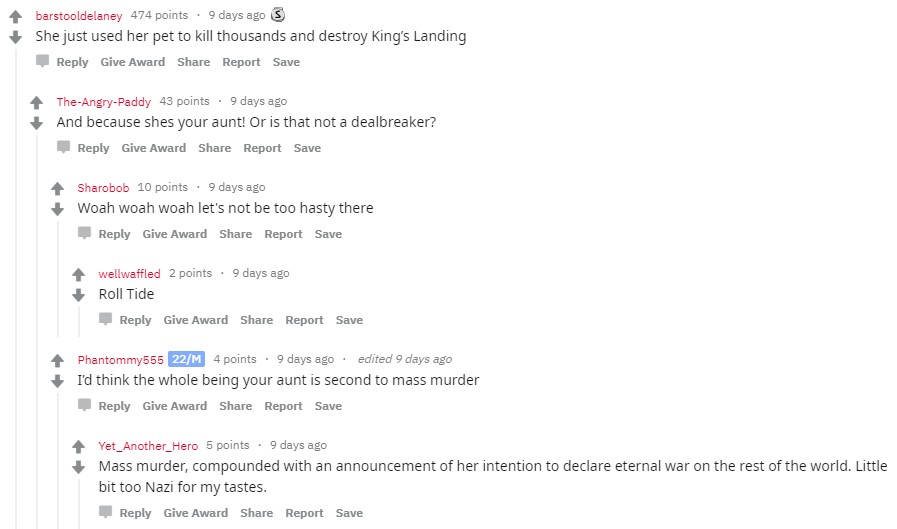