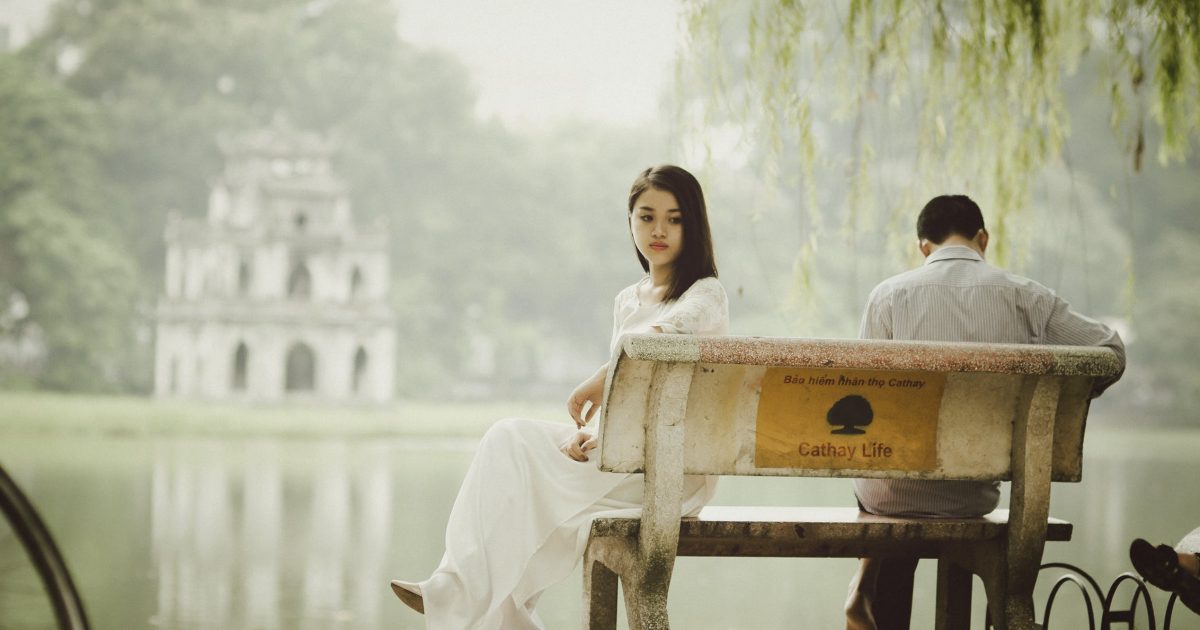 Via Reddit, there were hundreds of responses on this thread and some of them were brutal:

When we were dating, she had a sob story for every ex. All were abusive, rapists, or something along those lines. Eventually, we broke up because I realized she was a compulsive liar, and then I became the next sob story. She had a whole list of false accusations about me, and enough of my peers believed her that I basically had to find a new career.

— F*cking someone else and presenting him to me the next week after our breakup.

— We met up maybe two weeks after breakup to get closure or something. She felt that in that conversation it would be appropriate to tell me she had already hooked up with 3 guys in that time. Two of which she had been friends with before we dated. One of them she would hang out with alone while we were together, which I gave my blessing for.

— She broke up with me after she admitted to cheating on me. That part sucked, but it was right before I was to go on a year-long deployment to Iraq. Her parting words were “I hope you die over there!”

That hit me the hardest.

— Harrassed and insulted my new gf and made fun of her when she had a miscarriage.

— 4 days later she posted an IG story from some dude’s couch. A year later she texts me telling me he cheated on her and she loves and misses me. It felt realllly good to tell her to never text me again.

— I moved to a new city after she broke up with me and we started talking again a month after the breakup. She made it seem like we were on track to get back together. I started letting her borrow money because she was falling behind with bills and whatnot. 15,000 dollars and 5 months later she deletes me off of all social media and stops talking to me.

— We both at the time promised if we started talking to someone new we’d tell each other out of respect. We were friends for 3 yrs and I thought no matter what that’s what we’d do. My first ever relationship breakup was nasty so I wanted this to be better.

She got into a relationship 3 wks later (we dated for 1.5 yrs long distance) and began posting about this guy non-stop. She never posted about anything I did for her, or about me at all, as if she was hiding me from everyone. It cut deeply.

— “I’m just not in the right place for a relationship right now.”

“Hey guys, this is my new boyfriend!”

Helped me get over her quicker but damn did that sting a lot in the moment.

— Tried to take me for child support for a kid she had with another man while we were married.

— She slept with someone I knew last year, we fixed things then she f*cked another guy I knew a year later, a couple weeks back. Stay strong bros.

— F*cked 15 guys in the one weekend for cocaine. Really thought that even though we’d broken up at least she had gotten clean and we’d both walk away as better people.

Which made no sense, since we were in an open relationship. She could have f*cked whoever she wanted, as long as she told me who that was and followed basic safety protocol (condom, telling someone where she will be, etc).

Of the 750,000 men in my city she could have had, she made the petty decision to f*ck one of my friends thus ruining HIS relationship, our relationship, lying to several people to hide it, and finally having a meltdown when confronted about it.

It was like a conga line of petty and childish decisions.

— When we were dating, her sister said something like, “You know, you and guy-who-isn’t-me would make a good couple.” And she answered thoughtfully, “We would, wouldn’t we?”

Anyway, after we broke up she started dating guy-who-isn’t-me and ended up marrying him.

— Ex was seriously injured in a car accident. Turns out she was in an affair with the driver of the vehicle she was in (which I found out about while organizing her things after getting her home from the hospital two weeks later).

Fast forward through 5 years of hard work, couples counseling, individual counseling, as well as physio for her… and I catch her at the same bullshit again with another coworker (who was a guy I knew this time around).

Should have shown her the door the first time. Hindsight is a b*itch…

— Five months later she tried to lure me back into dating her.

Her conditions were that we would talk every day and say we loved each other, but she would drop me again once she found someone else.

Even as spineless and insecure as I was back then I knew I was too good to be someone’s pet boyfriend.

— When she’d randomly call off of her new boyfriend’s phone while she’s having sex just so that I can hear.