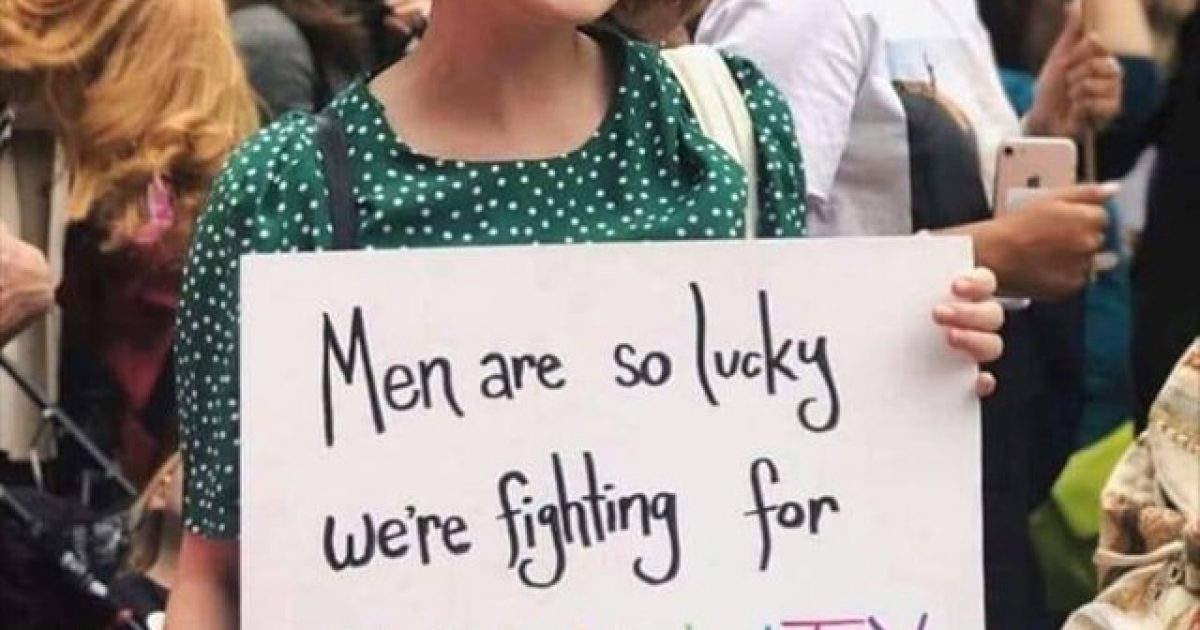 What is the revenge for specifically? Especially here in America? Is it for fighting off Indians, the British, Mexico, Canada, the Spanish and everyone else men had to defeat to settle the country? Is it the Constitution? Is it for winning WWI? WWII? The Cold War? Is it for building the greatest economy in world history? For inventing almost everything that matters? For creating almost all the literature and art that matters? Is the revenge against the father that helped bring her into the world? The whole history of civilization is the history of men making things happen. Even this woman is holding a sign printed on paper (invented by a man, Cai Lung), with writing on it in magic marker (invented by a man, Yukio Horie) — talking about taking revenge on men. Take everything men invented and created out of the equation and women would be living in caves and trying to futilely dodge predators with shoes made out of flowers and tree bark.

Men don’t usually bring this kind of thing up, but if we’re now to the point where we’re going to pretend like men are so horrible and useless that women should take revenge on us for mansplaining, not wanting to pay for their conception or the other equally dumb complaints that modern feminism embraces, it’s worth reminding people of how civilization reached this point.

Today, all of us, male and female are individuals standing on the shoulders of giants that came before us. Anybody who agrees with the woman holding that sign should remember how many of those giants were men.