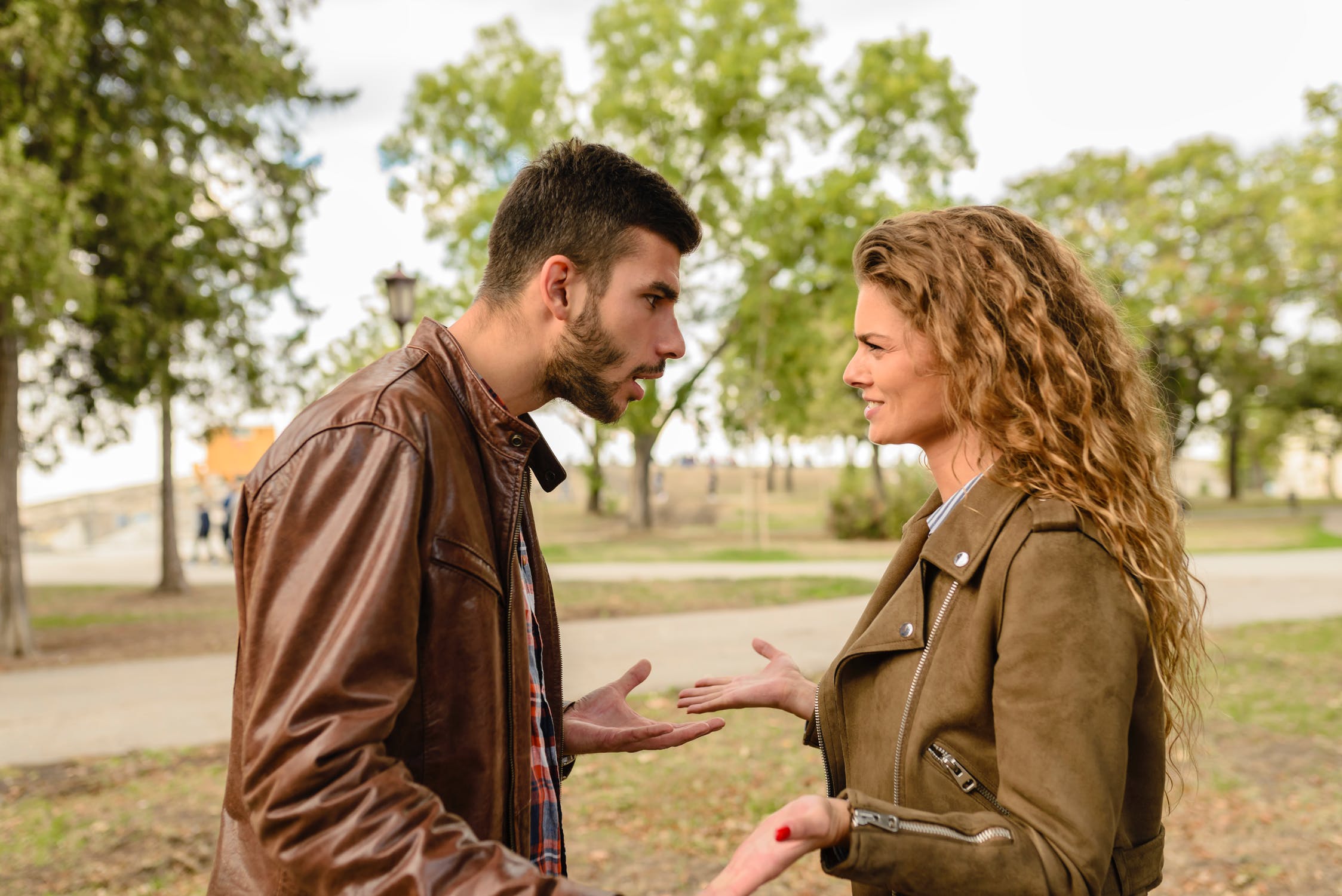 Some of these responses to this Reddit thread called “Men of Reddit, what’s your ‘line in the sand’ that your ex or current SO has crossed?” are just… wow. There are more than 5,000 responses and here are the best of them.

— “After my brother was murdered, I kept all the cards from everyone including my ex at the time. I keep all of it in a drawer.

I both cried and was so angry that I wasn’t even coherent.”

We got a dog

We spent over a year talking about getting a dog

We finally found one we both liked on pet finder

I went and got said dog after work

They then proceeded to lie to all their friends saying I impulse bought a dog.

This dog came from a shelter.

The shelter had to call my dog trainer, vet, friends etc before letting me take the dog home to prove it wasn’t an impulse purchase before I brought him home.

I found out months later when someone claimed my partner was upset with me for randomly getting a dog and that we needed to ‘talk about these things.’”

— “Kicked my cat. She said I was overreacting, to which I threw her out of my home and told her to go find someone who doesn’t have any pets to bother.”

— “My ex told me she was having emergency back surgery and turns out it was an abortion..we hadn’t had sex in months…”

— “Telling me she was thinking about committing suicide after work that day (while I was 200 miles away, we were in an LDR at that point), then becoming unreachable by any means, then getting angry at me for freaking out and calling the police, embarrassing her. Then, some time later, telling me she regretted not having gone ahead and done it. At that stage I concluded that, deliberately or otherwise, her approach to the relationship had become mostly to f*ck with my emotions, so self-defence required me to end it and go no contact for a while. It sucked.”

— “When I came home after being gone for most of the day one time I found my ex gf had gotten stinking drunk. She got pissed at me for yelling at her for drinking after she promised me she’d stop (because she turned into a raging bitch when she drank and I had had enough of her shit. She even tried to stab me one night in one of her alcohol induced rages.) Pissed off, she proceeded to stumble out to the back porch where I had some house plants. Looked me right in the eye through the sliding glass door, pulled down her pants and pissed right in my house plants while looking at me the entire time. I grabbed her and threw her drunk ass out of the apartment right then and there, told her to come back for the rest of her shit when she sobers up. She then decided to get in her car and take off, and proceeded to wreck her car and get her 3rd DUI which caused her to lose her license.”

— “I had an ex gf that would get physical. I was young and she was pretty/great in bed(psychos always are) so for like 8 months I would just kinda block or move out of the way and put up with it. One day she was especially drunk and like tried to Randy Savage my ass. I threw her on to the couch and she started freaking out(first time I’d ever done anything other than block/move) and called the police saying I had beaten her. I’m a pretty big dude… Lol. She was relatively small. When the cops got there I just said, “does it look like a guy my size whipped that little girl’s ass?” I had them hang around while I made her get her shit out of my apartment.”

— “Apart from sleeping with several other men, checking my phone all the time, called the cops on me for having a couple beers and playing wow (she lied about domestic abuse, the cops saw right through it). The line in the sand was definitly crossed when she, without ever talking about it before, started to strangle me during sex, and didn’t stop until I, seconds away from fainting, hit her in the face.”

— “Other than cheating on me, hitting my animal. I have a cat, and she was very young at the time. My girlfriend at the time decided one day that she had enough of my cat looking through her purse and picked her up and slammed her to the floor. Needless to say, that was the first time and last time I struck her, as she broke some of the cats ribs and punctured a lung.

Her words, “Well, she probably deserved what she had coming.”

Me, absolutely blinded by rage, took a full swing, and connected on her clavicle, effectively breaking it.

911 was called, I had to rush the cat to the vet and the police thought I was fleeing. Unfortunately for them, they ended up seeing the cat after I protested at the emergency pet hospital, and arrested her for animal cruelty and me for assault. My charges were dropped, thanks a sweet vet tech (I think her name was Rose) that claimed the cat had life threatening injuries and if I hadn’t come when I did, Luna would’ve died. I also had a good lawyer that found a lot of dirt on her (didn’t realize she had a record) which showed she breached her terms of probation, sending her to jail for 250+ days. Her parents never forgave me, but I couldn’t care less.”

— “My ex came from a pretty messed up family. Lots of drug and alcohol abuse. For the holidays one year she had some of that family in town visiting, so we did the right thing, showed them around, had a lovely Christmas set up and everything.

That being said I still wanted to see my family for our Christmas celebration. It was a rough time for my sister as my nephew had just been diagnosed as congenitally blind (he has a rare genetic condition), so we wanted a real low key, just family sort of event.

My ex was having none of it. Despite the fact we had spent nearly a whole week spending time with her family, she didn’t want to go see my family for Christmas if hers couldn’t come along. And strangely, didn’t want me to spend more than a couple hours at my family celebration either.

The clincher though was when she started intimating that I didn’t really care about her because I wanted to see my family instead of hers on Christmas. It devolved pretty quickly into a “it’s me or your family” sort of argument.

The relationship went downhill after that.’

— “Learned she was cheating by my piss burning.”

— “While searching for a pic, she scrolled past a bank of selfies that included a lot of nudes and I sure as shit wasn’t getting them. Needless to say things didn’t last long after that.

Edit: she was confirmed sending them to guys, so all the defence lawyers can take the day off.”

— “She wanted me to get rid of my dog. She said she was cool with dogs, but didn’t have any experience with them beyond petting them. So when she found out I couldn’t leave my dog alone for a spontaneous weekend trip, or that I wasn’t going to leave my dog alone over night in my apartment, or that dogs take work to have as a pet, she got a little annoyed.

It started off as a joke with little comments here and there. I probably should have seen it as a red flag, but didn’t. Then one day she told me, not asked mind you, flat out told me to get rid of MY dog. I told her no, and that our relationship was over, then I walked out on her. Never spoke to her again and mailed her all her shit that was over at my place.

Coincidentally, all my dog’s mysterious health issues went away around the same time. I can’t prove it, but I think she was feeding my dog things she knew she was not supposed to.”