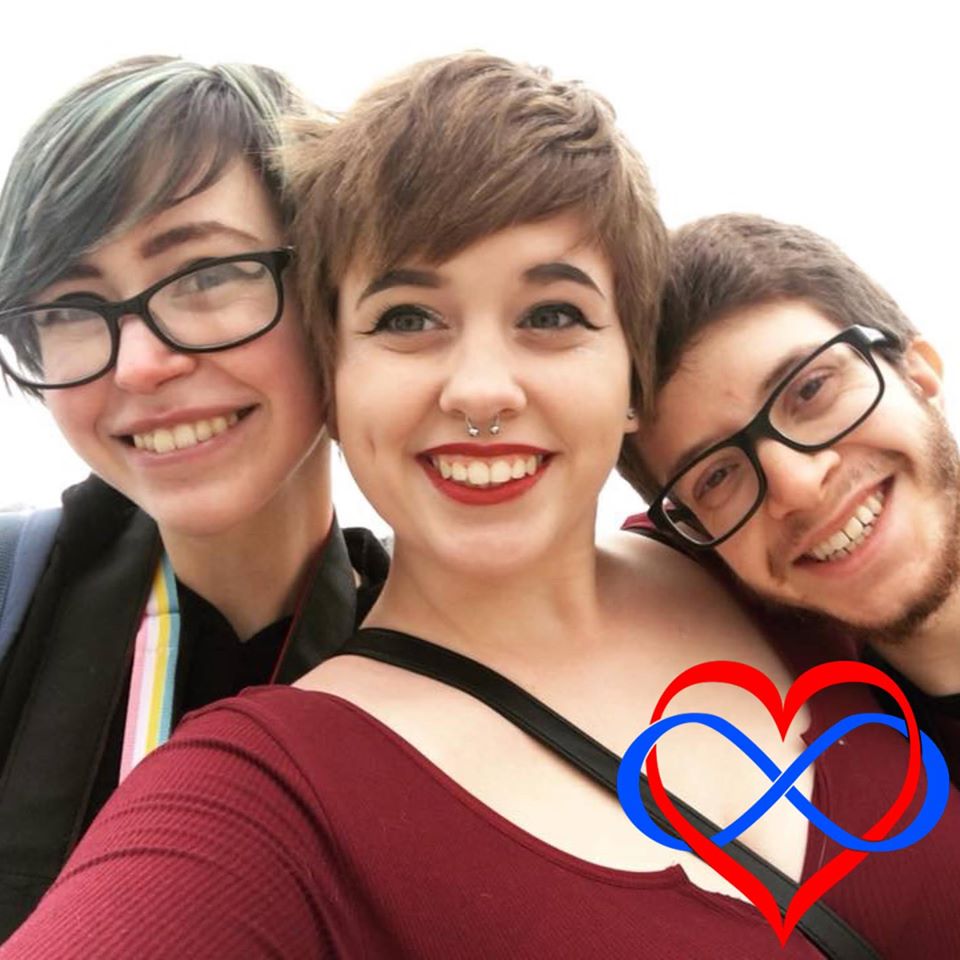 As a general rule, polyamorous relationships are a disaster, but what if it’s man/woman/woman? Hmmmm?

After accepting his girlfriend’s claim to identify as polyamorous, an Ohio man allowed her to start an affair on their wedding day.

In an interview with the UK Daily Star published Sunday, the woman, Karalyn Henry, 22, recounted the story. She said that before she married Justin last year, she revealed to him that she had secretly struggled for years with being polyamorous. To her surprise, she said, he immediately accepted her “orientation,” as The Star put it.

“I brought my worries up with my now husband, and he nonchalant said, ‘Well you can just date a girl on the side,’” Henry recalled. “My mind was blown – I didn’t even think that was a possibility to be honest. We gave it a go, though, and it just worked so perfectly that it stuck to us.”

She added: “I don’t know if I could go back to being monogamous – polyamory just works so well for us.”

Henry went on to start an online relationship with a woman named Lana on the feminist-friendly Tumblr website, which she defended as very serious in a 2018 Facebook post. After a year and a half,  Henry invited Lana, who lives in Northern Ireland, to be a bridesmaid at her wedding.

Justin was apparently cool with it, as photos from the event attest.

“I remember all of us, a little drunk, arms locked, and just going in circles laughing and singing,” Henry told The Star. “I cherished every moment of that day, and while I’m sad it’s over, I will never forget it!”

During and after the wedding, Henry said, her separate relationships merged, and the three became one happy family.

“It started out as a Poly V Triad; which means that Lana and I were dating, but not Justin and her,” she explained. “When Lana flew over for our wedding, though, they both developed crushes on each other, and started dating as well. That turned us into a regular Poly Triad.”

It seems like there’s a honeymoon phase with people in polyamorous relationships where they talk about how amazing the experience is and recommend it to everyone. See, they’re on the cutting edge of human evolution and they get multiple sexual partners and, and, and… oh nevermind, the whole thing burned to the ground.

The reason that happens is human nature. People are naturally jealous. They don’t like sharing their mates or the feeling that a rival for their partner’s affections may be getting more time, attention or love. People are also greedy and love variety. So once you introduce the idea that you can have more variety and partners, people in the relationship are going to want more variety and partners. Then, see the point before about jealousy. Paradoxically, people also have a need for security. Maybe the wife feels secure because she has two partners fighting for her attention, but somebody, probably the husband, is losing out on that front.

Of course, you would at least think that the sexual variety part of it would be great, right? It probably would… at first. But, what happens if say the hubby starts enjoying sex with girl #2 in the relationship more than his wife? Do you think that’s going to fly? What if the girls start regularly getting together without the husband in the room? How’s that going to go over? I’ve never done a threesome, but I’ve known multiple people that have and guess what they tell me? They almost always end with someone mad and not talking to one or both of the people involved.

All that being said, you can understand why a guy might try on a relationship like this for size. But, there’s a difference between having fun, wanting to experience something new and marrying into that relationship. It’s just too volatile and besides, do you want to risk bringing a child into a relationship like this? Since it’s done though, all you can really do is wish him “good luck.”