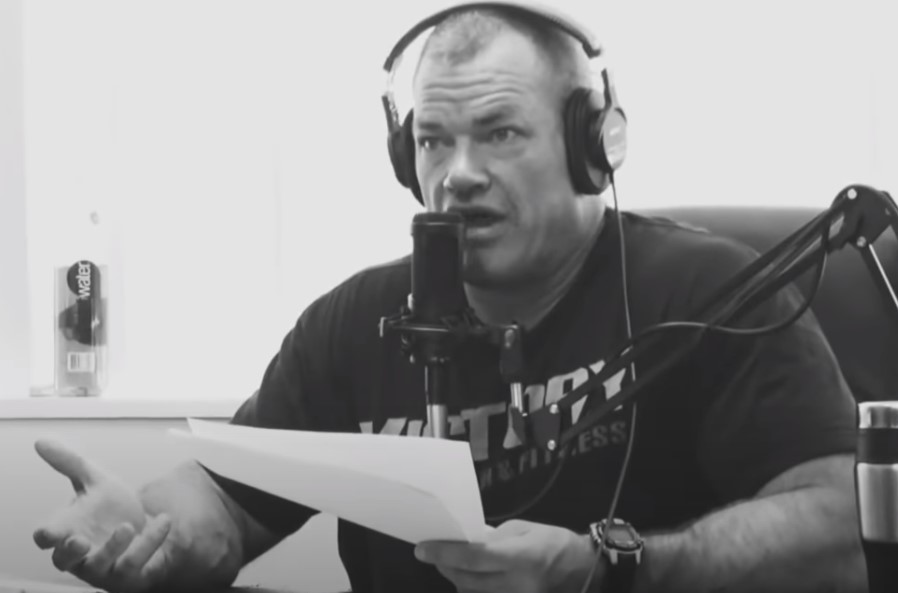 Jocko Willink is a former Navy Seal who saw action, wrote a couple of books about leadership, and does a podcast. He’s level headed, sharp, a Jiu-Jitsu Black Belt, and knows what he’s talking about. Well, Jocko was asked how to deal with threatening people in public and he had a detailed answer to the question.

Here’s what he had to say,

1) Learn how to fight: If you can’t handle yourself in a fight, there’s not much you can do if it turns violent. Also, it’s hard to give off the right vibes if you don’t know how to take care of yourself.

2) Learn how to use a weapon: Even if you are a professional fighter, you are still at a severe disadvantage fighting someone with a weapon or multiple attackers. In a situation like that, you need to have and know how to use a weapon to equalize the odds. If you are in a dangerous area on a regular basis, you probably should have a weapon on your for that reason.

3) Learn the ramifications of using a weapon: Any time a weapon is involved in a fight, the police, lawsuits, the media may become involved and even if you did everything right, it can make your life miserable. You need to have a good understanding of how that works and most people don’t.

4) Situational awareness: Pay attention to your surroundings and go out of your way to avoid people that look like trouble. This will keep you out of trouble 99% of the time.

…If you do your best, but still can’t keep yourself away from a person or group of people looking to start trouble:

5) Detach: Don’t look intimidated or cower, but also don’t look at them. Just act like you normally would. Don’t be part of their thing. If you do make eye contact, give them a respectful head nod and then go back out of their world.

“What are you doing?”

Matter of factly, “Just got done with work.”

Point being, try to make simple, non-confrontational statements that don’t give them an excuse to escalate further.

…If they escalate despite that, this is where your training will benefit you. When you train and you know what you’re doing, it shows through without you having to say it in your attitude, physique, and body language, and they will often pick up on it and decide to move on to an easier target.

7) If they seem determined to fight: Try to keep space in between them and you. Watch their hands. If you need to put your hands up to protect your face, hold them out flat in an, “I don’t want any trouble gesture” and continue trying to deescalate, “Hey man, don’t want any problems.”

8) If you are forced to fight: Hit them hard, fast, don’t stop until the threat is neutralized, and then vacate the area.

As you read these, intellectually you may think that they make sense, but your ego may get in the way. The thing to keep in mind is that if you train enough where you KNOW who’s going to win the fight, you are going to feel less compelled to prove it by getting into it with a stranger somewhere. It still may happen, it takes some of the mental pressure off of you and the reality is, you’re better off avoiding trouble if you can 9 times out of 10.