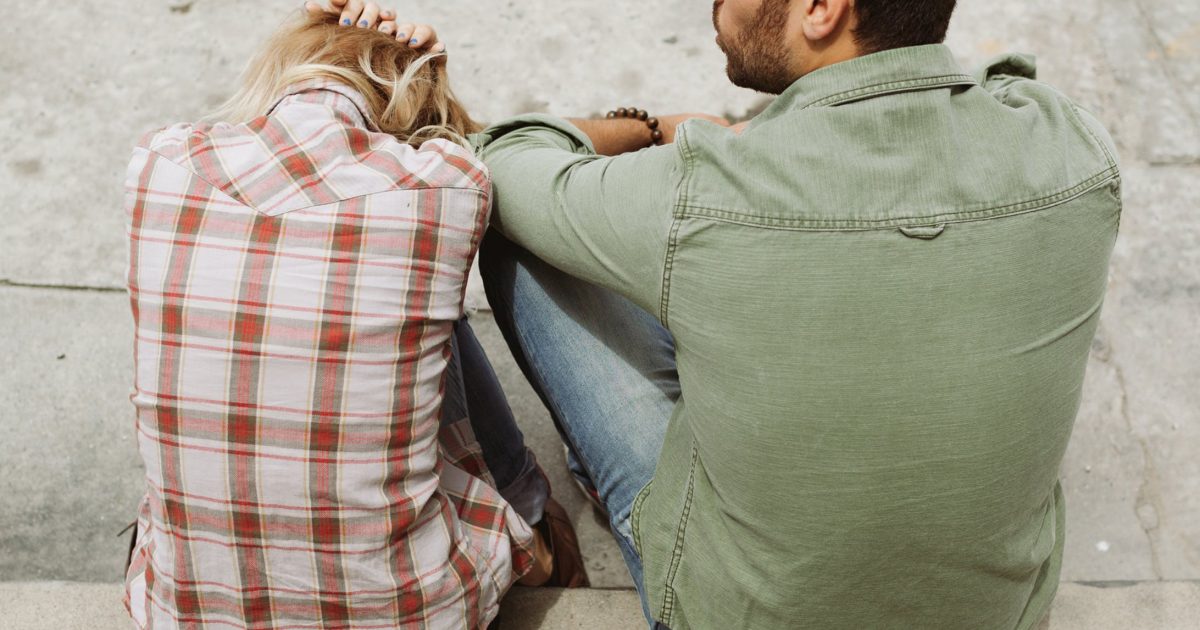 Via Reddit comes this boyfriend wondering if his girlfriend is cheating on him:

Hey everyone, bit of a complicated one here.

So my gf and I have been dating since we were 15,were now 30. Mostly very good, no major problems, just the odd spat.

For the last year and a half, roughly, we haven’t had any kind of sexual contact. We have had a few discussions about it and even seen a sex therapist, but we can’t figure the problem out. (In case it’s relevant, the adversion is all her. I have been very careful to be supportive, to not pressure her for sex etc)

Other than that, we’ve been enjoying each other’s company, and not else has changed.

Now it gets a bit weird. Yesterday, Wednesday, I was on my way to see some friends after work, which I do every Wednesday. But my friend, who’s in the car with me, gets a text to say that another friend is unwell, so not to come over. I’m still driving, so I just turn around and go home.

I let myself into my house and announce my arrival as soon as the doors open, trying not to startle my gf. When I get to the living room, she’s there on the sofa completely freaking out that I’m home early. She says it’s just a surprise, but she’s having heart palpitations, and physically shaking.

I apologise for having surprised her, and i go upstairs to take my shoes off etc.

She’s still in a state when I get back down, and when I sit on the sofa, she faces me so that I can’t see her phone, which she’s frantically texting on. Like her fingers are a blur.

So I try to start a casual conversation about our days etc, but she keeps having to stop for a deep breath, and even now, about 20 minutes later she’s still shaking.

Things settle down a bit later and our evening is pretty usual from then.

If anyone has any thoughts I’d be interested to hear them!

They’ve been DATING for 15 years and per comments he made on the thread, they’re not married because he doesn’t want to be married. He also notes that he’s bisexual, identifies as “queer” and paints his toes despite the heterosexual relationship. Ugh, f***ing Millenials. Now, take all of that and add the fact that they’ve had no sexual contact in the last year and a half and her extremely suspicious behavior.

Is she cheating? Yeah, probably and rarely do I say this, but it’s hard to harshly criticize her for it. She has hit the big 3-0, started to take stock of her life and has realized she’s in a 15-year, go-nowhere relationship with a dude who might rather be having sex with other dudes. There’s no prospect of marriage, no prospect of a kid and they don’t even have a sex life, probably because she has no interest in sleeping with a guy who sounds effeminate. (…and do you think she is going to tell him that in front of the sex therapist? Doubtful.) In fact, if she’s been dating this guy since she’s 15, cheating is probably her way to explore what else is out there.

Should she have just dumped him and moved on instead? Absolutely. Of course, if they’re not married and haven’t had sexual contact in a year and a half, he should have probably moved on as well. At this point, they sound like great friends who would both probably be better off pursuing other people, but they may be choking on the “sunken cost fallacy.” In other words, “We’ve put in 15 years of our lives already, so how can we go our separate ways?” Of course, maybe she’s not cheating. Maybe she was planning a birthday surprise and was upset that he almost caught her at it. Maybe…lol.