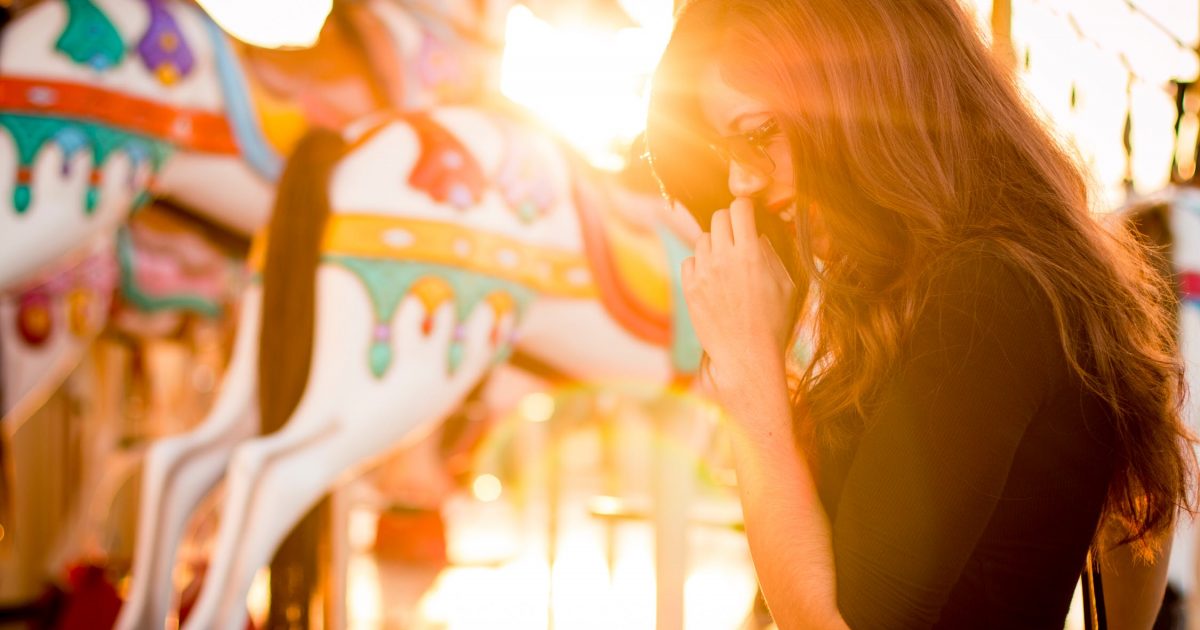 The “cock carousel” is a “red pill” phrase and here’s an Urban Dictionary definition if you don’t know what it means,

An idea perpetuated on manosphere blogs that women casually sleep around in their 20’s with hot, non-commital player types.

Then, supposedly, when they hit their 30’s and lose their looks, they realize they wasted their prime man-snagging years and become desperate to settle down, often with a boring, dependable flavor of guy they previously had no interest in.

Over on Reddit, a 22-year-old who was just introduced to the concept asked whether it was real or not,

Is the Cock Carousel real?

I’m (22 year old male) sort of new to Red-Pill and I’ve been ingesting a lot of the material. It’s interesting stuff, a lot of it makes sense, some more than others.

The idea of the Cock Carousel scares me though…

That women essentially just ride from dick to dick in their 20’s then hit the wall and settle down with a schmuck. Is this really true? Is this true for most women? I don’t want to end up married to some post-wall woman who will refuse to do sexual things with me that she would have done to some rando in a night club toilet 10 years prior.

What is the BP counter to this CC theory?

Is the “cock carousel” real?

For a lot of women, absolutely. Some of the stories I could tell you about women I’ve known who had sex like they were trying for an Olympic medal in it at one time and then settled down into, “Wow, women are such sluts today” mommyhood would blow your mind.

But, where people can go wrong is talking about this like it’s some kind of evil plot.

In an era where sex before marriage is the norm, not the exception, it’s really nothing all that different than what a lot of guys in their twenties do. They date around, have sex with whom they’re dating because that’s sort of what’s expected these days, MAYBE experiment for a while to see what casual sex is like and refine what they want. In a world where a lot of couples are having sex by the third date, yeah, your future wife will probably have had some other partners before you. She also might have had that phase where she tried “having sex like a man” and slept with a half dozen guys in a month. Nothing is easier for a woman than to pull that off and if they can do it without getting pregnant, an STI or their friends finding out, some of them figure, “No harm, no foul.”

Point being, some guys talk about this like a woman is consciously choosing to get pregnant by an outlaw biker at 23 while planning to marry a dork with money at 30. It’s more like she picks out what she thinks is the best guy at the time, it doesn’t work and she learns from it, she gets scarred by a divorce, she has a kid she’s struggling to take care of, realizes she’s getting older and won’t be beautiful forever, etc., and then concludes she’s better off going after a Mr. Stable she can hook instead of a Mr. Exciting who is drowning in women and isn’t inclined to commit.

That being said, is there a real danger that you could “end up married to some post-wall woman who will refuse to do sexual things with me that she would have done to some rando in a night club toilet 10 years prior?”

Do I know of guys that ended up in exactly that situation? Yep. Just to give you an example of how it can go, I knew a woman (we never dated) who was obviously still hung up on her old boyfriend that she had been with a year ago. As she described him, the guy was extremely good looking, athletic, driven, successful, had lots of money and she said sex with him was “like two Olympian gods f***ing.” So, long story short, that relationship wasn’t repairable; she had a kid from a previous relationship and a guy she seemed to get along with who made decent money started chasing her around. The two of them started dating and last I heard, they had been together long term. I don’t keep up with her anymore; so I don’t know if it all played out, but is that guy going to be living in the sexual shadow of Mr. “like two Olympian gods f***ing?” You bet.

When I was younger, I really tried to live up to my Christian ideals in dating and I wasn’t bothered at all by a woman who said she wanted to save sex until marriage or who seemed to be reluctant about sex. I hate that the world is this way, but I think you’re taking a huge risk if you marry before you’re sure that the strong sexual attraction for you is there in a woman. I don’t care what the excuse is, if you’re not seeing it before marriage, you could end up being one of those sad guys that’s lucky if they have sex twice a year.