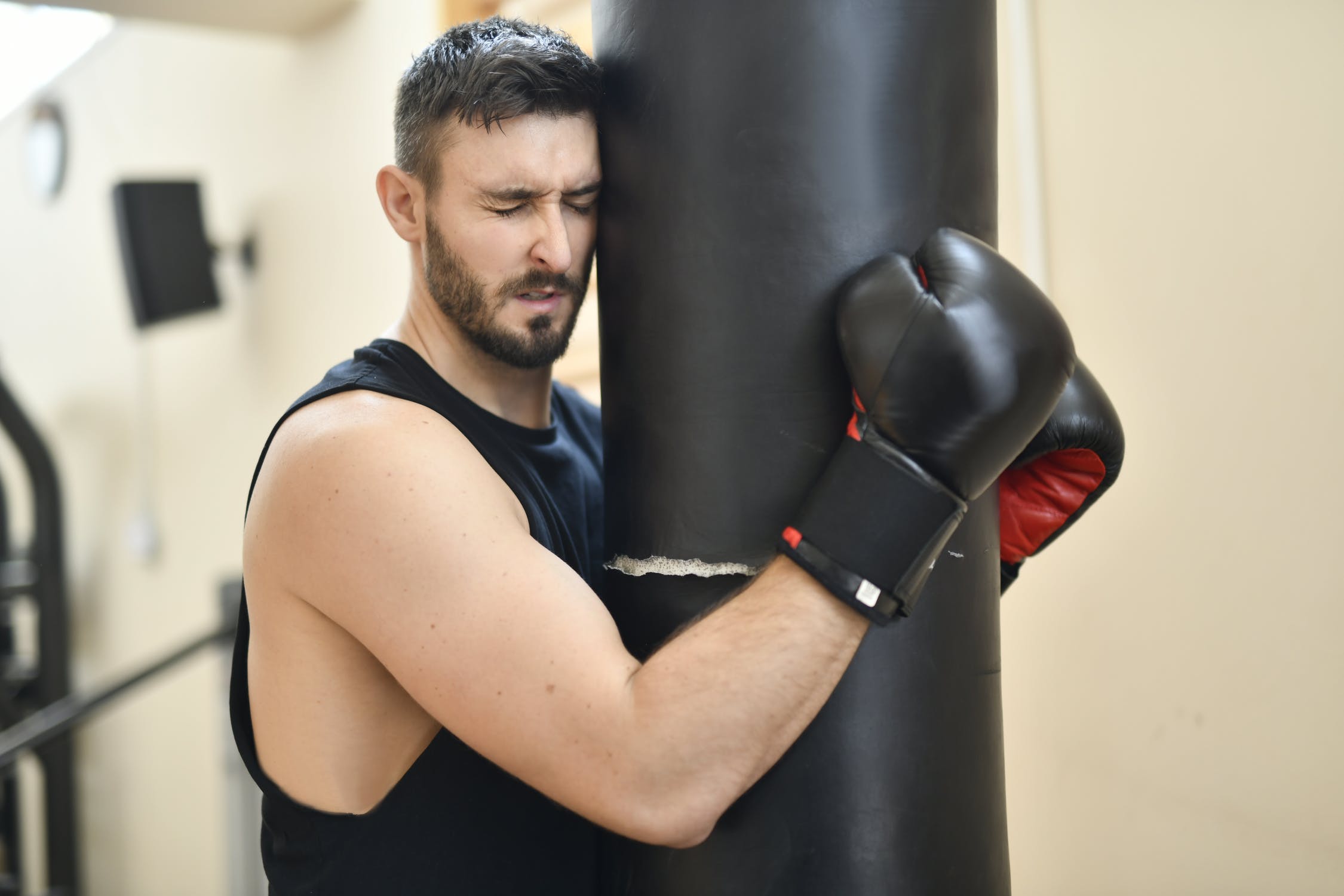 Men have it rougher in America than most people realize. In part, that’s because they’re one of the few groups (along with white people, conservatives and Christians) it’s cool to crap on at every opportunity. In case you haven’t noticed, there’s a non-stop assault on masculinity in America. Just to give you an idea of what I mean by that, here are articles written that show up on the first three pages of Google when you do a search for “masculinity.”

Can Masculinity Be Redeemed? | The New Yorker

Men Will Be Men: The Troubling Origin of Toxic Masculinity

How ‘traditional masculinity’ hurts the men who believe in it most

The Trap of Masculinity: How Sexism Impacts Boys and Men

5 Ways Every Man Can Challenge the Toxic Culture of Masculinity

Shifting the Conversation: From Toxic Masculinity to Male Fragility

Masculinity isn’t toxic, doesn’t cause mass killings and it doesn’t need to be reimagined or rethought. Furthermore, this “masculinity is bad” mentality is driven by failed “men” and more importantly, liberal feminists. These women want men to be easily-controlled, neutered lapdogs and then they wonder why they keep getting bored with beta eunuchs who are supposedly everything they want.

Meanwhile, good women who haven’t turned into bitter, hyper-sensitive, man-hating witches end up wondering where all the “real” men have gone and why they’re stuck trying to sort through guys who have no ambition, play videogames eight hours a day or don’t seem to care about anything other than getting in their pants.

The sad truth is that men, like all people, tend to do what they’re rewarded for doing and avoid situations that punish them. The cultural changes over the last fifty years have hit “real” men particularly hard.

There was a time when a man without a college education could work hard and make enough money to take care of himself, a wife and a couple of kids. He might not have had much, but his wife treated him like a king and he could take pride in the fact that he was taking care of his family.

Fast forward to 2015 and because of computers, automation, shipping containers and the lowered cost of world transport, those men can barely take care of themselves, much less a wife and kids. Furthermore, because we dole out so much money in welfare, in many cases a woman and her kids may be better off without a man in the house.

Then what happens to those young men who are struggling to grow up without a male role model in the house? How many punks are there in street gangs today who will spend their whole life in and out of jail? Now, how many of them would have grown up to be good and decent men if they had a “dad” who cared in the house? It’s hard to say, but you have to think more than half of them would have turned out to be productive citizens if they had a strong male role model watching over them.

Getting beyond that, what women want out of a man has changed. It used to be that they wanted a “good” man who’d take care of them financially and treat them well.

Now, more women are going to college. More women have careers. More women don’t need a man to take care of them. Those are all good things, but they also undercut a woman’s need to get married and more importantly, stay married.

Suddenly, a man may find that a woman he once would have married, won’t talk to him because she’s more educated. She also doesn’t need him to take care of her. She’s making her own money and even if she loses her job, the government will take care of her. Even if they do make it past that and get in a relationship, he finds he’s not the king of the castle; he’s in a partnership. That’s certainly not a bad thing, but even as someone who loves strong, successful, intelligent women, I have to admit it’s a step down from what most men used to have. Not every man will admit it, but with all other things being equal, the overwhelming majority of men would vastly prefer to be with a humble waitress who thinks he’s the best thing walking than an accomplished female CEO who just sees him as an acceptable man to have as a partner in marriage.

Additionally, there’s no longer a big stigma against divorce and the courts are slanted against men.

So imagine dating a woman who’s making as much money as you, who just decides she doesn’t want to be married anymore, takes your kids away from you and then to add insult to injury, you have to pay this woman who broke your heart and took your kids, your hard-earned money every month while she sleeps with some other guy in a house that the two of you used to share. Almost every man reading this knows other men in this situation and because it’s so common, it makes the potential cost of entering into a marriage considerably higher for a man than it used to be.

Even if you navigate that minefield, which a lot of men do, we now live in an overly feminized society. At any time, some pathetic losers who spend their time obsessing over “microaggressions” and “trigger” words can ruin you if they hear a joke they don’t like. Imagine that: a whole lifetime of blood, sweat, and tears ruined by one joke, one comment, one Facebook share that a bunch of miserable failures don’t like.

Meanwhile, you and a woman both do a little drinking and have consensual sex; then, Uh-oh, you “raped her” because both of you were drunk, but you’re the “rapist” because you’re male and she changed her mind about whether having sex with you was a good idea.

If you buy a gun legally and learn how to use it because you want to be ready to protect yourself and your family, then you’re a dangerous bad guy responsible for the actions of criminals and mental cases because liberal w*ssies wet their pants every time they look at a gun.

Want to hunt? Then you’ll be chastised for killing an animal by a bunch of idiots who’ll probably go eat a hamburger right after they’re done.

Are you a poor man? Then politicians treat you like an idiot who needs to be led around by the hand because you’re too stupid to take care of yourself. Are you a successful man? Then you’re one of those greedy, evil people who are supposedly ruining America.

Turn on the TV? Then you’ll find most dads presented as hapless bumblers who are led around by their wives or saved by their kids.

Are you a man who thinks you should get paid more than a woman who doesn’t work as hard as you, doesn’t work as long as you, or doesn’t produce as much as you? Well, then, you’re a sexist pig who’s trying to keep women down.

Do you think real courage that deserves to be admired is watered down by lauding every chubby model, every man who wants to pretend he’s a woman and every celebrity who kicks an addiction as courageous? Then not only are you sexist; you’re insensitive!

Do you think a woman should have to meet the same standards as a man to do the same dangerous job? Again, sexist pig! What if you think that even if women meet the same standards as a male policeman or soldier, they shouldn’t be put in the line of fire because there are going to be very few of them who can do it, they’re more likely to be injured and other men will take suicidal risks to rescue them because it’s a man job to protect and shield women? Well, that’s even worse! You’re really sexist if you go there.

Meanwhile, as all of this is going on, we live in a country where the government is spending so much that it’s practically a given that we’re going to have a debt-driven depression in the future, Medicare and Social Security will cease to exist in their current form and it seems like we’re taking in any and every uneducated, illegal third-worlder who wants to come here, have a kid and get on welfare so people like you can pay more in taxes to carry them along on your back for the next 18 years.

That’s the world a 20-year-old millennial man is growing up in and there’s no point in complaining about it. After all, what are you going to say? “Life’s not fair.” That’s the ultimate loser’s complaint. “Life isn’t fair” for anybody; so forget about complaining, but it is worth taking the time to understand what you’re going to have to deal with to achieve the successful, productive life you’re going to want as a man.

Some “men” will just give up, play video games for 40 hours a week and live in their parents’ basement for their whole lives. Others will spend their lives mired in mediocrity waiting futilely for someone else to lift them up to a better life. More guys will give up on being real men and will be the pathetic neutered “men” liberal feminists want them to be.

That’s their choice, but as the great Abraham Maslow once said,

“If I were dropped out of a plane into the ocean and told the nearest land was a thousand miles away, I’d still swim. And I’d despise the one who gave up.”

People’s desires and potential are different. You don’t have to be Chuck Norris, John Wayne or Steve Jobs to be a real man. Everybody can’t be rich, a CEO or famous. Most of the best men you’ll ever meet will never be heroes to anyone except a handful of people. They also won’t be perfect. Life knocks all of us on our ass at times, but the guys who persevere in the face of adversity, have a moral code and set an example by acting like real men will be remembered after they’re gone. It may only be in the hearts and minds of their families and friends, but in the end, aren’t they the ones that matter most? So keep fighting; keep working; love your country, your family; stand for what’s right even when it’s hard. Be that man of honor, that man who raises his kids right, that man whom people call for advice on something. Do your duty, be a real man and do what you can, with what you have, where you’re at. If you’re reading this, no matter what your failings, no matter how hard it gets, you can do it.