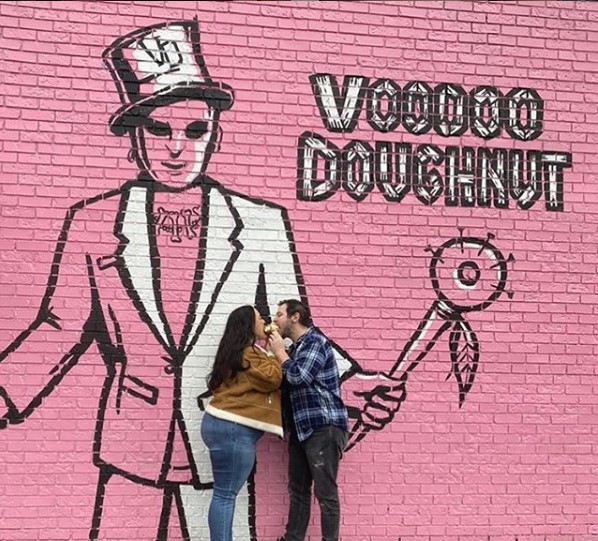 In practice, these days, 90% of polygamous couples you hear about seem to consist of a below-average to slightly above average looking woman doing just enough to keep some beta schlub (or multiple beta schlubs) on the hook at home while she regularly goes out and looks for higher value men that want to put her legs on her shoulders for the night. This brings us to Billy Procida, who, for reasons I don’t entirely understand, has no problem telling the world about the humiliation he’s suffering during a Coronavirus quarantine:

A man who is in his first polyamorous relationship has opened up about what it’s like to be quarantined with his girlfriend and her other boyfriend — a man he isn’t even close to.

Billy Procida, 30, host of The Manwhore Podcast, has been riding out the coronavirus pandemic with his girlfriend Megan and her live-in boyfriend of two and a half years, Kyle (a pseudonym), at her home in Jersey City, New Jersey.

‘I still get a little cautious about how handsy to be with Megan in front of Kyle, how kissy to be in front of him. I’m trying to figure out when he would want to have a conversation and when he doesn’t,’ the New York-based comedian told The Cut.

…Billy, who has been with Megan for nine months, only planned on staying with his girlfriend and metamour for a few days, but he is worried that if he returns to his Brooklyn apartment, he will be stuck there in the event of a shutdown.

…He is currently sleeping in the guest room, and Megan has slept with him for the past couple of nights. He said she fell asleep with him the other night, but he woke up alone. He assumed that she went to Kyle’s room to sleep with him.

…While speaking to The Cut, he clarified what he meant when he said that he and Kyle are not ‘best buds.’

‘When I said that I didn’t mean that we fight. It just means that we are not close,’ he explained. ‘This is probably the most he and I will have exchanged words.’

Billy said that he is getting to interact with Megan’s boyfriend more, but he is also cautious to be as ‘polite as possible’ and respectful of Kyle, who is more ‘somber’ and ‘quiet’ than he is.

He explained that Megan and Kyle have ‘been going through some relationship difficulties themselves’ and he doesn’t want to make it worse, though he and his girlfriend are still intimate.

Just for the record, the Daily Mail story notes that his girlfriend is a “fat activist,” which I assume means that she has an Instagram page where she lies to everyone about how healthy and wonderful it is to be fat because that’s easier than trying to cut the weight.

Now, your first thought may be that “Kyle” is some kind of hardcore alpha railing Billy’s girlfriend on the side, but what are the chances that a healthy, non-damaged guy is going to be cool with his hook-up’s boyfriend staying in his apartment?

Actually, it’s more likely that this is some other beta and if Billy’s not careful, all three of them will end up living in the same apartment and whoever does more household chores and pays more of her bills will get to sleep with her that night.

You can understand why this might be appealing to her. After all, she gets lots of attention, gets to feel powerful & has multiple guys fighting to please her. On the other hand, he gets to know that he’s not enough for her, that other guys are having sex with “his girl” on the regular and that she’s looking for a boyfriend with enough value to make it worth kicking all the betas in her life to the curb. It’s a humiliating way to live and any man who’s friends with a guy in a relationship like this should encourage them to have enough self-respect to move on.