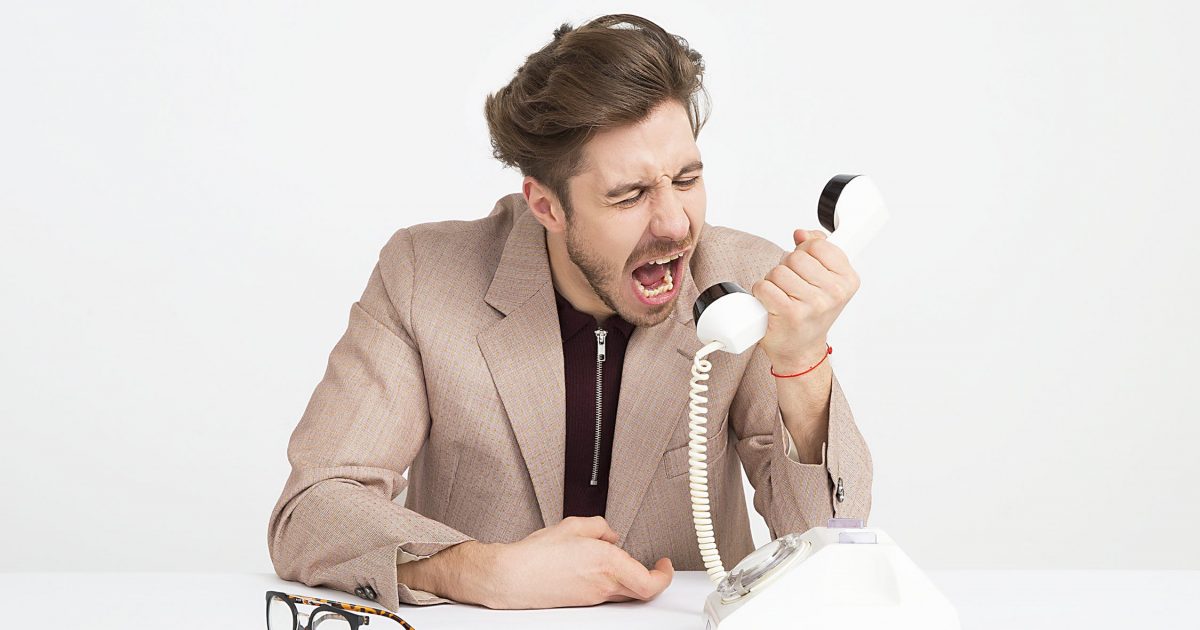 Sabotaging your life isn’t quite as difficult as being a huge success, but it’s tougher than you’d think. After all, failure doesn’t just happen. For most people, it takes years of consistent hard work to make themselves into losers. But never fear: with the right attitude, you, too, can sabotage your life in 5 easy steps!

1. Think of yourself as a victim.

These days, it’s extremely easy to come up with some way that you’re supposedly being victimized. You can claim that the deck is stacked against you because you’re black, white, Hispanic, Indian (how dare you say “Redskins!”), female, male, gay, straight, short, fat (that’s “fat-shaming!”), rich, poor – pretty much anything works. Ideally, you should get so into your victim-identity that you start saying words like “mansplaining” and “trigger warning” without even a trace of irony so that you visibly annoy everyone around you with your hypersensitivity.

2. Wait for everyone else to fix your problems.

If you’re a victim, then naturally it makes sense for you to wait for some white knight to show up and fix all your problems. Maybe that “white knight” is your parents, the government or (God help the poor fellow) your husband, but someone should see to it that your life is running smoothly. Happily, since nobody cares about your problems as much as you, you won’t get much help and the aid you do get will seldom be to your liking. This leads to a deep sense of dissatisfaction with EVERYONE ELSE for not fixing YOUR problems.

3. Instead of doing, start complaining.

So what do you do if you’re unhappy? Do something about it? Come on, that might actually lead to a problem getting fixed. How are you going to sabotage your life like that? Instead of doing, start complaining! If your boyfriend treats you like garbage and cheats on you, just tell all your girlfriends about it. Endlessly. For months on end. In monotonous detail. Then when they ask why you won’t dump him – say, “but I love him,” and go back to complaining about how miserable he makes you.

Are you stuck in a job that pays the minimum wage? Don’t build up your skills so you can get paid more or look for another job; complain that it’s unfair and demand that the government change the law so that your boss has to pay you more than you’re worth. Have you been depressed for months or even years because something bad happened to you? Then get high, eat, drink yourself to sleep in the dark, do anything other than going to a psychologist or psychiatrist to get help.

You can apply this philosophy to just about anything, but the key to it is to spend hundreds of man-hours over the course of a year moping and kvetching over something you could fix by making one tough decision.

4. Bend over backwards to blow any great opportunities that you do have.

If you somehow, someway do have some great opportunity fall in your lap, make sure to find a way to blow it. If you unexpectedly get that great new job, be sure to show up late, leave early and ask for days off two weeks after you start. If you land that beautiful woman who treats you like a prince, start asking yourself why she’d be interested in someone like you who’s obviously not in her league. Wave off that ride home and drive drunk, turn down the part-time job your relative found you, start sentences with, “It’s nice that you’re offering to do that for me, but….” Remember, if you’re trying to sabotage yourself, you can’t afford success. You need to actively undercut yourself, sigh, and say, “Of course this happened to me because I always screw everything up!”

5. Make sure to top it all off with lots of negative self-talk

Be sure to habitually talk to yourself so harshly that a friend of yours would punch someone in the face for saying that to you in the street. “You’re ugly!” “You’re a piece of crap!” “Everyone hates you!” Lay it on thick and then to top it all off, insist that saying the cruelest things imaginable to yourself is “motivational.” Of course, it is! That’s how speakers always start off motivational seminars — by telling people how worthless they are and telling them they’ll never succeed! Wait, no, it isn’t… on second thought, let’s not even mention self-help seminars. You start watching those on a regular basis and next thing you know, you’ll be focused on how to get your life back on track and who needs that, right?