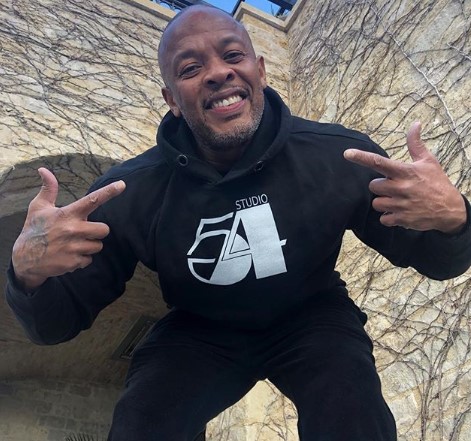 I’ve been listening to Dr. Dre’s music for 30 years and whatever you think of the guy, he’s incredibly talented. He’s a gifted musician, a gifted producer and his Beats headphones were a huge success. This is a man who has compiled an 800 million dollar fortune.

He’s also a man who married Nicole Young without a pre-nup and now, she wants a divorce. That brings up an interesting question — how much of that 800 million dollar fortune does Young deserve? The standard answer our society likes to give in these situations is “half.”

“Half” in this case is 400 million dollars and it’s worth asking what Young has done to earn that kind of money. She worked as an attorney for a while before she married Dre, so theoretically, if she was pretty good at it, never married and never had kids, she might have some money today. However, there are a lot of “ifs” there and it’s also entirely possible she wouldn’t be worth much of anything today either.

Dr. Dre was already a success before he started dating Young, so she doesn’t deserve any credit for his career. You can also be sure that if she wanted a maid, gardeners, nannies, or anyone else to help around the house, she had it. In other words, she didn’t have to do anything she didn’t want to do. That included working. If she had wanted to work, she could have, but she got to enjoy more than 20 years of not working while she had infinite money that her husband earned to play with.

How many millions of dollars of his money do you think she spent over the years? How many fancy vacations did she go on? How many mansions did Dre buy to keep her happy? This is a woman who lived a life of luxury like few other women on the planet ever have because her husband made so much money.

Given all that, if they’re splitting, why does she deserve anything? Especially given that she’s the one who decided to check out of the marriage? We live in a world where 69% of Americans have less than $1000 in savings, so odds are, that’s where she would be if she hadn’t caught Dr. Dre’s eye. He’s the one who made all the money and if she doesn’t want to be married to him anymore, then doesn’t it seem fair that she should lose access to the money he earned when she leaves? You hear a lot of people talking about how we don’t want to incentivize women not to be stay-at-home moms by not giving them anything if there’s a divorce, but few people are talking about how women are being incentivized to divorce their husbands by potentially getting access to half of a fortune that they earned.