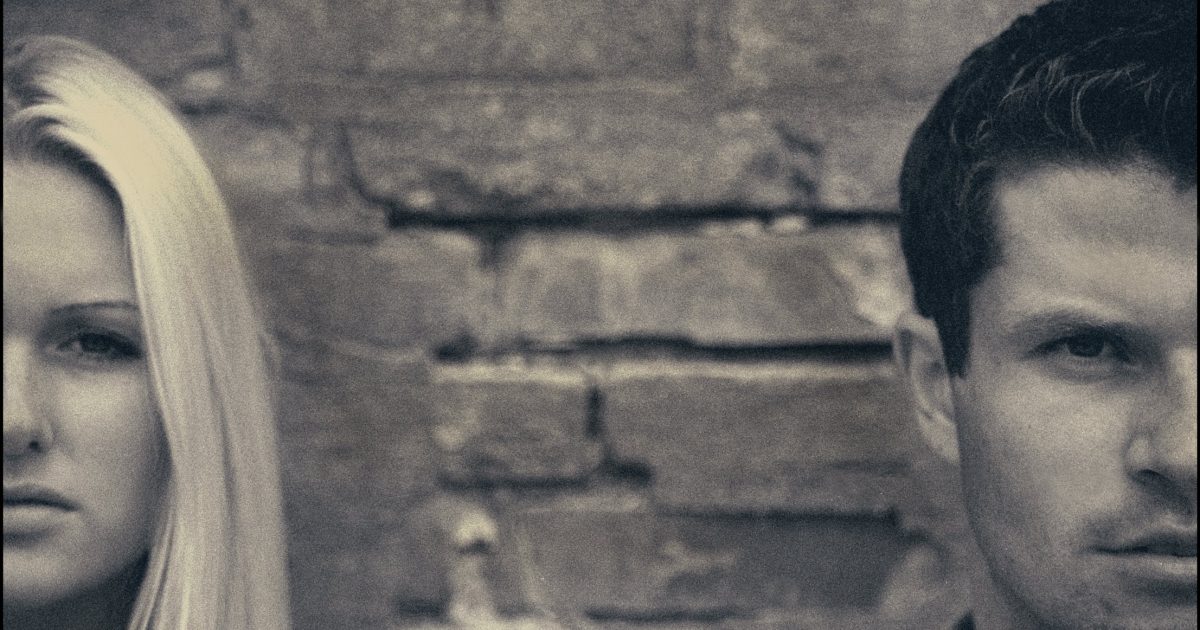 If you haven’t had sex in five years, you’re no longer in a marriage in any meaningful sense. Yes, that’s not how the law sees it or even how most people seem to look at it, but sex is a fundamental part of marriage. If you refuse to have sex, then you are sabotaging your own marriage. Case in point…

We’ve been married for 22 years… but wife has refused sex for the last 5 and a half years. I really love my wife, we are great together in every way, except that she lost interest in sex. I feel abandoned and so alone. I need more… I found a NSA relationship that took care of the intimacy…

My wife and I have been married for 22 years… we are the best of friends and have a lot invested in each other. We are really close… have the same interests, and are just great together.

On the surface, most would say… heck, even I would say that we’re perfect together. Perfect best friends.

However, there is a glaring problem…. She has now refused sex for over 5 and a half years now.

I’m pretty confident that she is not cheating on me… And I think that she has a medical issue that causes sex to be painful. But, she doesn’t like doctors, and will do nothing about it.

During our marriage, there have been multiple periods where she refused sex for a 12-15 months at a time. And, she refuses to do anything sexually for me during that time as well.

This most recent stint of refusing sex has been ongoing for five and a half years now.

I have endlessly agonized over this, spent countless hours reading everything I could find. I’ve done any suggestion to get things going on my end, and tried everything that made sense, but it has changed nothing on her end.

She refused to see doctors, or go to any kind of counseling.

Ultimately, I got to the point of begging… only for her to begin sleeping on the couch for the last couple years.

There was a period of over a year where she wouldn’t let me kiss her… Finally, after complaining enough, I am now sometimes allowed to kiss her… (basically just a peck, like you’d give your grandmother) and she stands there stiff as a board, not reciprocating.

Afterwards, I feel awful. I want to show her love, but instead feel like I’m forcing something that isn’t there. She says it’s ok… but because of her reaction, I feel terrible; like I’m assaulting her or something.

I feel like we have half of a marriage… We are terrific at everything non-intimate, we have a great relationship worked out, but the other half (the intimate half) of our marriage is literally zero.

So here is the part where I turn into a POS.

After four and a half years of zero-intimacy, I gave up. I figured that intimacy in our relationship is gone from here on out, and not by my choice.

I found a NSA relationship where I periodically got my needs met, and went home still enjoyed the good parts of my marriage.

Note: I would prefer my wife… I do not want to be a cheater…. but I feel so abandoned by her.

As part of our relationship, we had agreed to be loyal to each other and I broke that agreement.

Well, my wife is an intelligent woman, figured things out, and confronted me. I admitted what I had done.

She claims that I never told her that I was unhappy about no-sex… (Which is blatantly not true. I did regularly. Nothing in my life has been more painful than her constant rejection) She never knew that I felt bad when she moved to the couch… (I’ll give her that… I had begged so much, I felt like so low… I didn’t want to wine about that too.)

So she immediately demanded a divorce.

I knew that would probably be the case, and she deserves it if she wants it. I knew that was a strong possibility when I seemed out the NSA relationship.

I know that if the shoe was on the other foot and she had cheated on me; that I would be hurt; and I absolutely would leave her…

After the initial reaction, we have talked about it. She admitted that she is responsible for refusing all sex, but thinks that is not important.

She has toned down the divorce talk… and we are getting along great as friends. She says that she is undecided about if she is going to divorce me.

She is very attractive, and won’t have a problem attracting a new guy… but, I think that she realizes that a new guy is going to want sex as well and then she’ll still have to work on her sexual issues for him.

She saw a Doctor, who gave her some suggestions to deal with painful sex. But hasn’t followed up on them.

She went to a group therapy for new divorcees… they convinced her to try counseling… So she changed her mind and agrees that she will go, but again hasn’t followed through (I know that I need to push that more on my part.)

I love my wife. I want to be with her.

But, I want a full relationship, including intimacy.

So I want to preserve our marriage if at all possible. But realize that I may not be able to… I know that I can only control myself, and my part of the relationship… that she will have to reciprocate, and I can’t control that…

Any advice from anyone of what I should do from here?

This is literally the first I have ever posted on reddit. (I’ve only ever listened to the stories read on YouTube by R/.)

I posted this for advice, and also curious to see what people’s reaction to the whole story would be. My wife seems to think that everyone will just think I’m a dirtbag, and the no-sex part is irrelevant and not important…

I think it’s fascinating that the wife simultaneously doesn’t want to have sex with her husband AND feels betrayed that he eventually cheated on her. It takes a certain level of selfishness and delusion to refuse to have sex with a partner that has a normal sex drive AND to expect that he isn’t going to get laid elsewhere if he has the opportunity.

So, what should happen from here? That’s up to both of them, but the only thing I would say is that it probably is what it is. His wife seems extremely resistant to having sex. Is that because of a medical problem? A mental health problem? A drug issue (some anti-anxiety drugs kills libido, for example)? I don’t know, but it has been this way for a very long time and she seems weirdly okay with that, which means it’s unlikely to change. Of course, unlikely doesn’t mean impossible, but chances are things aren’t ever going to get better. Now, me? I’d leave in that situation, but everyone has to make his own decision. Whatever he does, I would strongly recommend that he doesn’t hold out false hope that after all of these years, the problem is going to magically resolve itself. Either he leaves or he accepts that he’s going to be in a sexless marriage long term. All of us only get one life; so he should choose wisely.