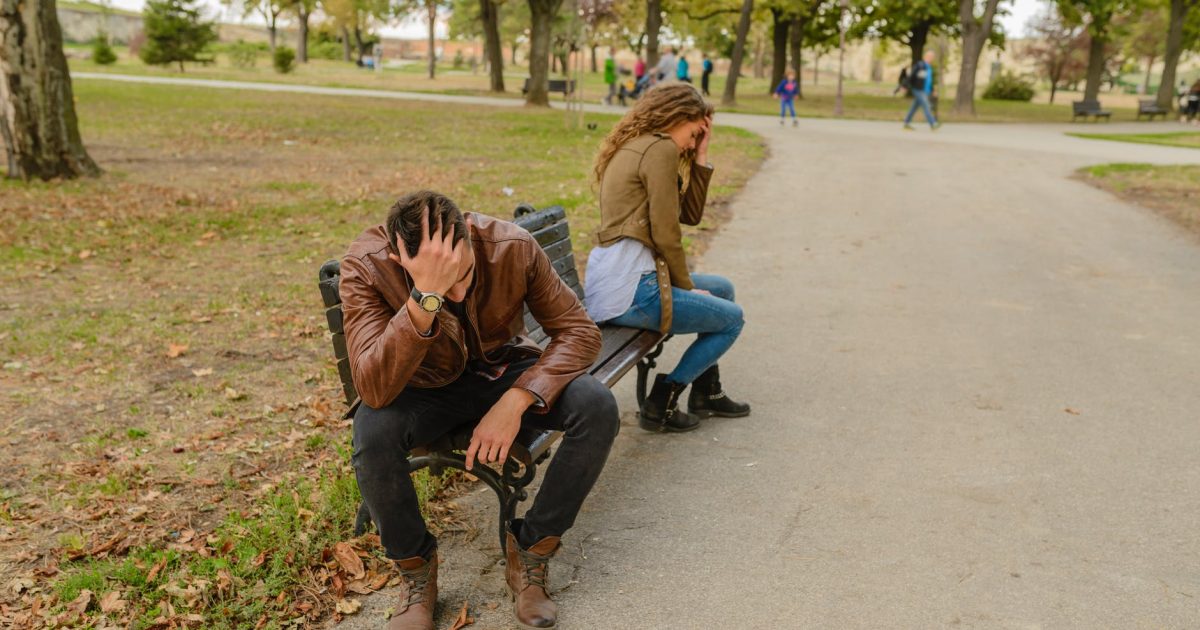 This was just such a good story, I could’t resist writing about it,

2 years ago I broke my neck in 3 places. Quite a lot of pain and a long recovery. 3 months in a halo brace. 1 year of physio.

We discussed it for hours. I told her I couldn’t agree to it. I said I hoped she would wait. If she couldn’t wait we would need to split up.

She said we should split. I hoped for an amicable end so I gave her the choice of who should stay in the house and buy the other out. She stayed. I moved in with my brother.

I found out she started sleeping with a guy from work. I was wrecked by it. It was like grief at first. I was having a shitty time. But, I set my mind to dealing with it and I got back on my feet physically and mentally.

So I am now in a good place. I found a house I liked and could just about afford to buy. I’m seeing a gorgeous, funny, bright physio (not my physio) Charlotte aka Charlie aka Chas who i met at a 10k fundraising run. We have a great time together. I still have pain but it’s managed and doesn’t stop me. I’m more or less back to my old self.

2 months ago Charlie and Megan ended up at the same event. They got talking. When Charlie came home (pretty drunk) she gave me the impression that they got on well. She said Megan was with the 3rd guy since our split and didn’t see it lasting.

Charlie admitted that as they drank more they started talking and joking about sex. Megan was asking “does he still do xxxx”, “do you like it when he does yyyy”. I’m sure you don’t want details. If I’m honest I was very flattered by the idea of my current girlfriend and my soon-to-be ex wife discussing the things they like about my sexual performance. Apart from the boost to my ego I didn’t think any more about it.

A week later Megan phoned and asked to meet to discuss a couple of things to wind up the divorce. This was odd because until now the divorce has been dealt with by the lawyers.

When we met (lunchtime coffee) she started with a few inane questions but she soon opened up. She said the split had been a terrible mistake. We had been “silly” to split when we were so perfect for each other. We should break up with Charlie and Mark (her current guy), cancel the divorce and get back together.

She said Charlie was a “nice girl” but not right for me. Mark was ok and rich but boring and not funny and “as dull as ditch water” in bed. She then started to go on about the things she missed about sex. Despite the massaging that my self-esteem was getting I interrupted her there.

I said “Firstly, It wasn’t we it was you that wanted to split up. You weren’t prepared to stand by me while I recovered.

Secondly, I have no intention of breaking up with Charlie. We are great together.

Thirdly, there is no reason to cancel the divorce because there is no chance of getting back together.”

That probably isn’t word for word but it’s close. There were tears, followed by “you don’t mean any of that. You were just hurt because I left you.”

I said “of course I was hurt. I loved you. Past tense. Now I don’t. I hope you’re happy with whoever you settle down with but it won’t be me.

It sounds petty but i walked out of there feeling good. Who wouldn’t want to hear that the person who dumped you now regrets it. If I knew what was coming I wouldn’t have been so smug.

She has been a total pain since then. She has told her lawyer that she doesn’t want a divorce. That is going to be so complicated now. We were so close to finishing.

She is constantly harassing Charlie. She keeps telling her that she (Megan) is the only one that I’ll be happy with. Tells her if she loved me she would leave me so I could be “where I belong”. That wasn’t working so she switched to “you’re a homewrecker. You’ve stolen my husband. Give him back and get your own man” Rewrite history much?

She is phoning me and texting me incessantly. When I blocked her number she got another phone. And another. And another. She also uses friends phones. I’ve had dozens of emails and I’ve had 6 letters via snail mail. One of them was 9 pages long. She has been to the door at least 4 times (maybe more when we were out)

I’ve explained that I’m happy with Charlie and i’m not changing anything. I’ve also said she will probably be fine if she finds someone better than Mark. Nothing works. All I get is you’re my husband and I just want you.

The obvious answer is leave Chas and go back to Megan… nope, only kidding.

The obvious answer is a restraining order but I think she would lose her job. Is there anything with less legal impact? If I’m forced to resort to a RO I’m worried that if she loses too much she will get even worse.

Can anyone explain any of the following.

Why after all this time does the mad bitch want me back?

What is the best thing to say to her to persuade her?

If I can’t persuade her to give up on this insane idea what’s the best thing to do?

One silver lining. Chas has handled all this like a star. We are the closest we’ve been. To lighten the mood we agreed that every time Megan does something insane we have breathtakingly filthy sex. It really takes the pressure out of the problem. Turns nightmares into fun.

So first of all, he’s seriously injured and isn’t going to be the same for a year. I hate to say this, but I wonder what percentage of marriages would survive that? Certainly, many of them would, but women particularly hate when a man loses his “shine.” He’s big, strong, sexy and then overnight, he’s an injured weakling who can’t take care of her sexually. If you were looking for the male equivalent, it would be like coming home one day and your beautiful wife has gained 50 pounds overnight. A certain percentage of people are heading for the exits in those situations.

She feels like he’s weak and pushes for the open marriage and he wisely says “no.” Because let’s face it, having your wife out sleeping around because you don’t satisfy her is emasculating no matter what the reason for it may be.

Then she plunges into other relationships and is shocked to find out that picking guys based on who she thinks will service her the best isn’t producing an ideal relationship. Well yeah, no sh*t.

At that point, she starts rewriting the situation in her head. She didn’t dump him; they decided to split up and ANYBODY would have done the same thing in her situation, right? I mean, she didn’t just bail on a great husband because he was injured. What kind of person would do that, right? That’s not the type of person she is! Besides, now that her ex-husband is healed, he’s CLEARLY better than these guys she was dating, right?

After he busted her bubble, the crazy came out — and that’s harder to explain. I will say that the romance novels that women live on commonly feature a man who has been spurned at every opportunity pursuing a woman endlessly until she is impressed by his persistence, relents and gives him a shot. Maybe she thinks that will happen or maybe she’s just terrified of dating one loser after another while she spends the rest of her days “pining” over her “one true love” who she foolishly let get away.

Whatever the case may be, this guy has handled it pretty well, but since she is being entirely non-cooperative (and stalkerish), I think he’s going to have to step it up. That means letting her know what’s coming next (Filing a restraining order with all the documentation he later said he has). Since he wants her to sign the divorce papers, it was wise to hold off on that, but if he’s at a dead end, it’s time to move. What happens from there will be hard to say. It COULD be enough to wake her up or alternately, it could make her so angry that she hates him forever and refuses to sign the papers just to stick it to him. That’s the problem with getting hooked up with crazy. It usually ends badly and it’s unpredictable in all the wrong ways.