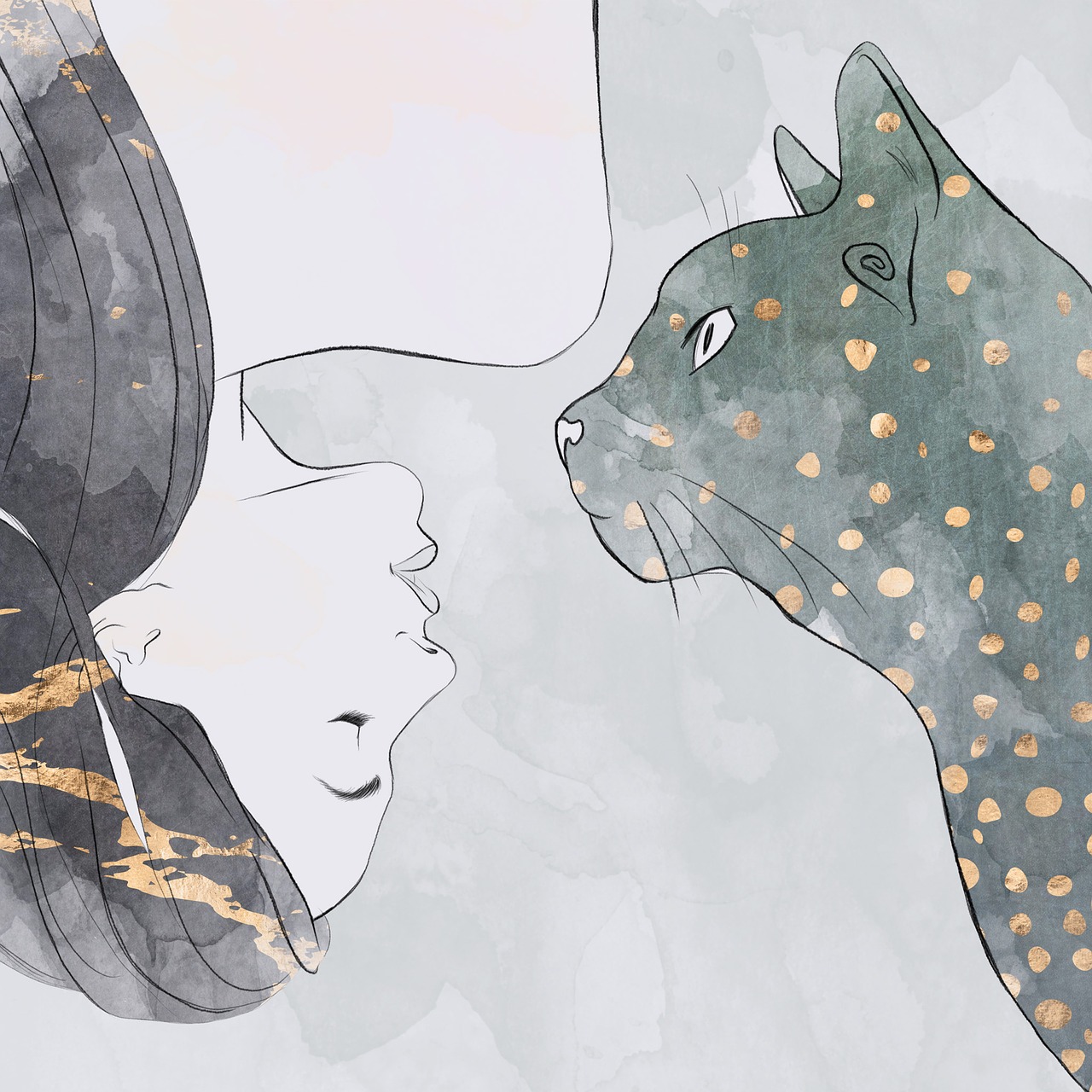 People like this have always been around, but in the past, people just classified them as crazy and left it at that. Now, the crazy people all get together on the Internet and convince each other that they’re the ones that are sane and it’s all the normies that are crazy:

So Gf and I have been together for nearly 8 months, and she’s always been a very quirky and nerdy person: does cosplays, very into anime and roleplaying, etc… Nothing too weird. We’ve been kinda distant lately with everything going on and me being an essential worker so haven’t seen each other and only talk for half an hour a day. Well, last tuesday we got to hang out at her place and she wore cat ears a and a belt with a tail the entire time. At first I thought it was either going to be a sex surprise or her testing a new cosplay, but nope, she sat me down, asked me if I really do love her, then hit me with a very long monologue that essentially summed up to “I’m a cat in a human body”. Wish I was joking.

I thought I misunderstood and then believed that maybe it was a weird joke but she kept being serious about it, and doubling down. I left shortly after because I had a shift at work, and I still believed it was an oddly drawn out joke nothing more. She ended up texting me with resources to help me understand, which is when I realized that she really is serious. Apparently she believes she is an otherkin: a person who holds the belief that they are not human. She says she was introduced to this by one of her friends months ago and has since joined discords and communities of others like her. Her friend believes he is a demon trapped in a human body, and she sent me a testimonial that was supposed to be touching but its basically just about a dude thinking he is naruto. I’m not joking. She explained her otherkin type as being a cat, and now she 100% thinks she is a cat. How did she know she was a cat you ask? According to her: sleeping a lot, liking the sun, hating water, feeling more comfortable crawling on all fours, and claiming to understand what cats are saying and being able to talk to them through meowing. She has also apparently been distant with nearly everybody we know IRL as I got multiple messages asking me to let her know to be in touch with them.

My head has been spiraling this past week, I keep thinking its a joke but nope she is deathly serious about this and has handed in her two weeks resignation at her job because cats don’t work. Again, I wish I was joking. I’ve been limiting my interactions with her ever since, because this is hurting my head a whole lot and I just can’t cope. She has also surrounded herself with a large amount of yes men and women who support her 100% and are enabling this, some even encouraging her to make a patreon and make otherkin content that they would contribute to, which she brought up when I asked her about quitting her job. To make things worse, I can’t discuss this with anyone in real life because I know how crazy it sounds and I know that leaving her is a valid option but I’m in love with this woman and now I don’t recognize her and I know that there is something very very wrong and I can’t reach out to her and she refuses to hear anything from me unless it is unconditional support. What the f*ck do i do ?

EDIT: Just got off work and was very surprised with the amount of comments, I honestly just expected a bunch calling me crazy. I’m reading through them now and I want to say thank you to everybody who took the time out of their day to give me advice, I truly appreciate it. To address some things:

– Her and I have been friends for 2+ years prior to dating, so that is why I am reluctant to just up and leave.

– I’ve read a comment asking if she has a history of mental illness, and not to my knowledge? Aside from her being diagnosed with mild social anxiety in high school. I am going to try and reach out to her mom to get her to check up on her, and maybe even visit. They have a good relationship, so maybe that will help.

– Yesterday was the first time I truly confronted what was going on, as I have been kind of shelving it and just praying and hoping it was some kind of drawn out joke. But now that I’ve had time to truly ponder it, I think it has been a long time coming. She’s been buying a lot of cat memorabilia and a lot of her cosplays are cat related, and when I brought up the possibility of me getting a cat in the near future she made a joke about being too territorial for a cat, and now that I think about it…well, yeah.

-I don’t know who demon man really is, all I know is that he has been part of her virtual Dnd group since last year. Also so far no litterbox in the picture, sorry to disappoint/relieve some of you. When I asked her about her plans as a “cat” other than quitting her job, she had sent me her to do list which I didn’t bother opening or reading until yesterday because I was too busy wishing all of this was a fever dream. The To do list includes purchasing a scratch post for her nails, switching to an carnivore diet, and dying her hair red because she is a ginger cat. Yup.

-As much as it hurts, I have no intention to continue to be in a romantic relationship with her because she will absolutely not hear anything if it’s not 100% support. I love her, but I love myself and I don’t want to be dragged down to something like this especially when it feels like I’m talking to a brick wall. I will however try to remain in contact with her just to make sure she’s not spiraling towards a mental break. I will visit her today to have a talk and officially break it off even though she’s been refusing to see me unless I am completely on board, I will update if anything interesting happens. Then I will buy a couple of bottles of alcohol and down them in my flat, no judgement.

This reminds me of NLP guru Richard Bandler talking about how he treated a delusional patient who believed he was Jesus Christ way back in the day when psychologists were allowed to be more savage (and yes, he really did this). Trust me, the video is well worth 5 minutes of your time.

In any case, it goes without saying that his girlfriend is not a cat. Moreover, the fact that she believes she’s a cat is a very bad thing, not just for the obvious reason.

A lot of people with mental illnesses aren’t really disabled by them. I know a number of people with depression, anxiety, paranoia, or manic depression, and most of the time, you wouldn’t even know they had an issue unless they told you. If anything, a lot of these people OVERESTIMATE the impact their issues have on other people. On the other hand, some people are so deep in their mental illness that it can be crippling for them.

When you’re talking about someone that is delusional enough to believe that they’re a cat, that’s pretty much by definition something at the far end of the spectrum. Maybe she’s schizophrenic, delusional, has multiple personality disorder/dissociative identity disorder — it’s hard to say for sure, but you don’t believe you’re a cat without being extremely damaged. Just the fact that some friend of hers thinks he’s Naruto (an anime ninja) and she doesn’t think he’s out of his mind tells you an awful lot. When she starts telling you that she’s quitting her job because cats don’t work, my first thought is that this is someone who may need medication, therapy, and maybe even a tour in a mental hospital to pull herself together.

Ejecting out of that situation is wise because what else are you supposed to do? Financially support her while she spends all day playing with yarn and crapping in a little box in your apartment? Are you going to wife her up and then have her tell your future kids that they may actually be dragons or Leprechauns in human bodies? Given that she’s saying that she doesn’t want to hear anything other than “100% support,” he can’t even nudge her towards therapy. It’s a sad situation, but the depth of her mental illness makes what he needs to do a no-brainer.