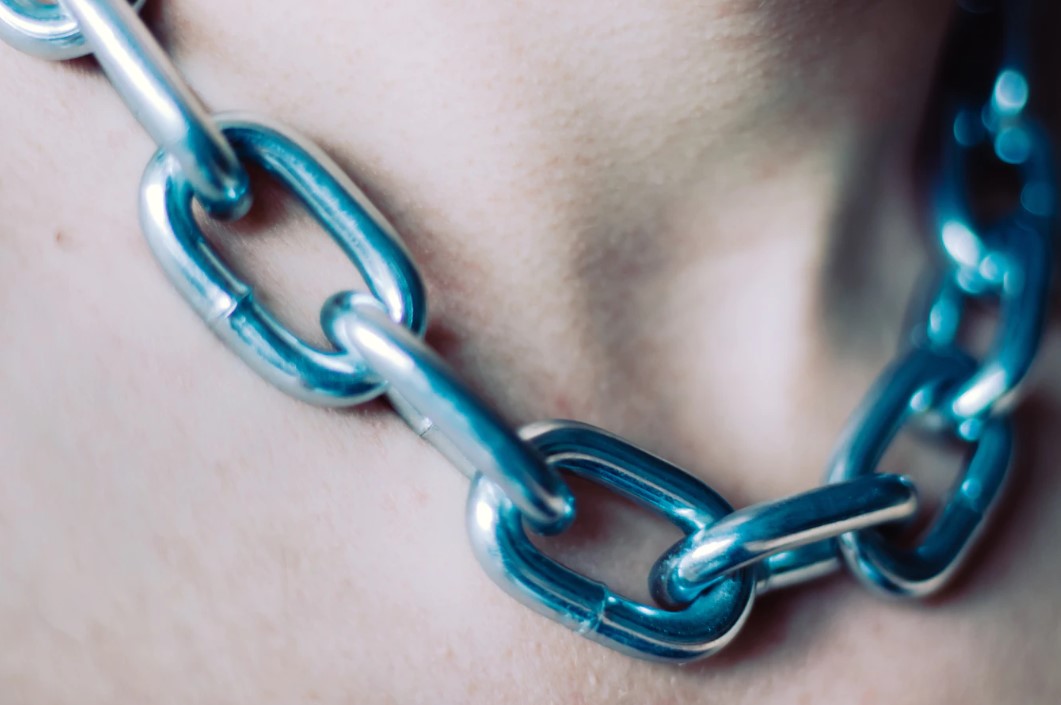 Most people get the whole idea of being dominant or submissive in the bedroom, but as you are about to see, there are some people for whom this a LIFESTYLE.

Okay. So this is going to sound bad but bare with me here. I’ve been dating this girl for 8 months. Been official 3 months. We care for eachother deeply and really enjoy each others company. From the outset she told me she was a people pleaser and naturally really submissive.

She enjoys it when I am commanding and stuff but also enjoys being made to do things she doesn’t want to do. She has a bit of a force fantasy that she enjoys and I currently have her send me a nude every night before bed barring she is on her period when she will just show her breasts.

She sees herself as being put in her place below me and really loves it. It’s now at the stage she told me (because of one of my own sexual fantasies) if I wanted to get her pregnant I could and she’d obey.

The thing is… I just don’t see this as particularly healthy. It’s fun and sexy but the relationship on the whole is largely physical. I find myself being more controlling than I would normally be or would really want to be because I’m now filling a role. It’s wrong to do things when your partner says no but afterwards she will thank me.

I also find myself expecting more of her and demanding she do things I shouldn’t really but it’s part of the role.

I am worried I’m changing as a person and not for the better because of this dynamic.

I also don’t feel challenged or pushed to grow with this girl because… Well she worships me as I am and lets me do as I want.

So, a couple of stories.

Many years ago, I met a woman through an online game and happened to find out that she was a submissive who had a “master.” Even years ago when the world was less weird, there were communities of these people and she agreed to allow this guy to dominate her. That might entail making her write a letter of apology to him for forgetting to pick up his dry cleaning, but it also involved some fairly twisted sexual adventures. Just to give you a hint about how twisted, in my pre-Right Wing News days, I wanted to interview her for an article and she insisted that her master had to approve it. He said it was okay and offered her to me sexually. I asked if he meant virtually or in-person and he said either was fine. I passed because that was way too weird for me, especially given some of the other crazy things I knew they were doing, but it was on the table.

Another time, I met up with a friend of mine and his new girlfriend for dinner. I was totally impressed with this girl. She was hot, a lot of fun to talk with and used to be a ballerina. Later, I was telling him I thought he did good hooking this girl and he told me it wasn’t as great as it seemed. She wanted him to dominate her all the time. That meant he got whatever he wanted in the bedroom, which was pretty fantastic, but it also meant she wanted to be hit with a riding crop and had him do things like force her to eat out of a dogfood dish when she did something wrong. Like the guy asking the question above, this was not something that appealed to him. Within a few weeks, it was too much for him and the relationship ended.

How did these women end up being submissives? Well, the first one essentially grew up around people that bought into that lifestyle and told her everyone was submissive or dominant and she needed to pick whichever one suited her and roll with it. No idea on my friend’s girlfriend. However, it’s worth noting that neither of them was meek, dumb or seemed to have obvious self-esteem problems and both of them were the ones seeking out that kind of lifestyle.

All that being said, it’s not a normal or healthy type of relationship. Additionally, this is very on the money:

I am worried I’m changing as a person and not for the better because of this dynamic.

I also don’t feel challenged or pushed to grow with this girl because… Well she worships me as I am and lets me do as I want.

Let me note that the fantasy of having a slavish woman who obeys your word like it was law is very appealing, but the reality of it? Not so much. If you are a normal guy, after a couple of weeks of exploiting every dirty sexual fantasy you have, you’re going to start getting bored because there’s no growth or challenge. Additionally, men care about making a woman they’re with happy and if she needs a demanding, borderline abusive man to make her happy, eventually that’s what he’d end up becoming if he stays with her. He can try explaining that to her, but chances are, it’s not going to be something they can work out because, at a very fundamental level, she wants something it’s not going to ultimately be healthy for him to provide.