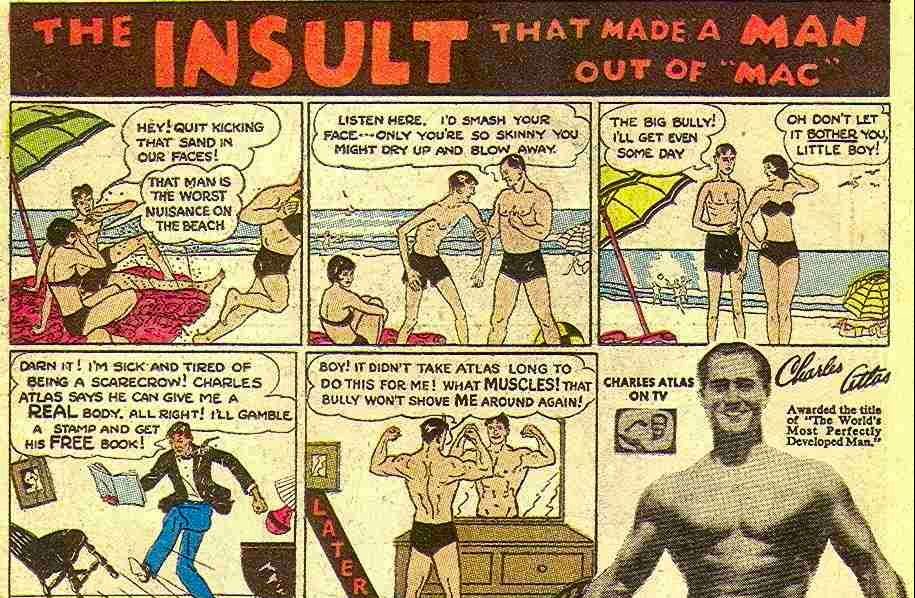 From the time you’re a young man in Western society, you have the idea that you’re supposed to “protect” women socialized into you. This is not a bad thing per se, but it can be unhealthy if you take it too far. It can lead you to “white knight” for women online or worse yet, do something like this:

Mandatory: I have been with my gf Sarah for 3 years and been living together for 1.5. She is honestly everything I have ever wanted and I planning on proposing somewhere next year.

So 3 weeks ago I was out with Sarah at a local bar drinking and having a great time with her as it was just after quarantine had ended where I live. At around 3 am we decided to head home. As we headed to the parking lot where we had parked we noticed a group of 2 girls and a guy who was clearly drunk trying to hit on them and get them to go to his house. The girls were clearly very uncomfortable and trying to find a way out. Sarah told me that we had to do something and I told her go call the cops and get someone as well because the very leat I wanted was her to get hurt during this.

So I approached the group and try to pretend I was the boyfriend of the one of the two girls and long story short I got my ass kicked. The guy was at least 6ft4 and 220 lbs where as I’m 5ft11 167lbs . I’m fairly mascular myself but there was no way I could have taken someone that big, I knew it from the start. At least from all the noise we had made a lot of people rushed the scene and the girls got away safe. I was rushed to the ER because the motherfucker had broken my ribs which had punctured my right lung. Yay.

After that incident Sarah has grown a distant from me. Even though she visited and stayed with me at the hospital she hasn’t been the same since. And I thought she just needed time to move past this. However 5 days ago she told me that she is not the same person after what happened and she doesn’t know if she feels safe with me after I got beat up like that. Honestly hearing that hurt me more than when I got my ribs broke. She has moved to her parents for the time being and she told me she needs time. Meanwhile I had no one here to help me so my brother left his 2 boys and wife to move in with me. I know I’m just venting at this point but I don’t want this to be over like that. IS there anything I can do to salvage the situation?

So, let’s start with the fact that a guy was rudely hitting on some women and they were uncomfortable. Was he threatening them? Putting his hands on them? Attempting to drag one of them off into a back alley? Apparently not. Apparently, he was just being an ass. Were these girls his sisters? Friends? Even his girlfriend’s friends? Nope. They were just two randoms, both of whom have probably blown off obnoxious guys at the bar 50 times each. In other words, did they REALLY need his help? Not at all.

But, he inserted himself into that situation, which was a huge mistake because there was ALWAYS a non-trivial chance it could lead to a fistfight and he obviously wasn’t prepared for it. He even said from the start, “there was no way I could have taken someone that big, I knew it from the start.” If you feel that way, then you definitely shouldn’t be willing to put yourself into a situation that could turn violent.

Now me? At one time or another, I have taken Southern Longfist Kung-Fu, Kenpo, Taekwondo, Boxing, Jiu-Jitsu, Escrima, and Muay Thai. My left calf is sore right now because on Monday, my teacher had me spend a full hour trying to perfect the mechanics of my left hook and I spent the entire session turning on it. I can throw leg kicks, elbows, I hit like a mule, can take a shot, choke you out standing or on the ground and have much better cardio than you would guess by looking at me. If I were looking at that same “6ft4 and 220 lbs” guy, I would ASSUME that I could kick his ass. However, because I have taken a lot of martial arts, I also know that I could be wrong. That he could have a weapon. That his 3 friends could jump in from behind. That I could win, seriously injure the guy and end up in jail or get sued. So, would I have gotten involved? Nope. On the other hand, this guy who got his rib broken and may lose his girl because she feels like he can’t protect her anymore says:

Finally for the people telling me to mind my own business, well let me you that what exactly what I was doing. It is mine and everyone else’s responsibility to look after the ones who can’t protect themselves is this shitty world. No, I do not consider myself a hero, nor did I do it for the show. I did it because in some other instance one of those girls could have been my girlfriend, sister, mother needing help. And these girls were somebody else’s girlfriend, sister or mother . If I was put in that situation a hundred more times I would act the same.

I’m glad that he doesn’t “consider himself a hero” because he’s not. He’s a moron. He’s a moron because they weren’t his “girlfriend, sister, (or) mother”, and from his description, it doesn’t really sound like they needed help. Basically, this guy got his ass kicked, his rib broken and may lose a woman he planned to marry so that two women he didn’t know were saved the unpleasantness of telling some irritating drunk to f*** off on their way out the door. It’s that old school ad, but worse and without the deeply satisfying conclusion: 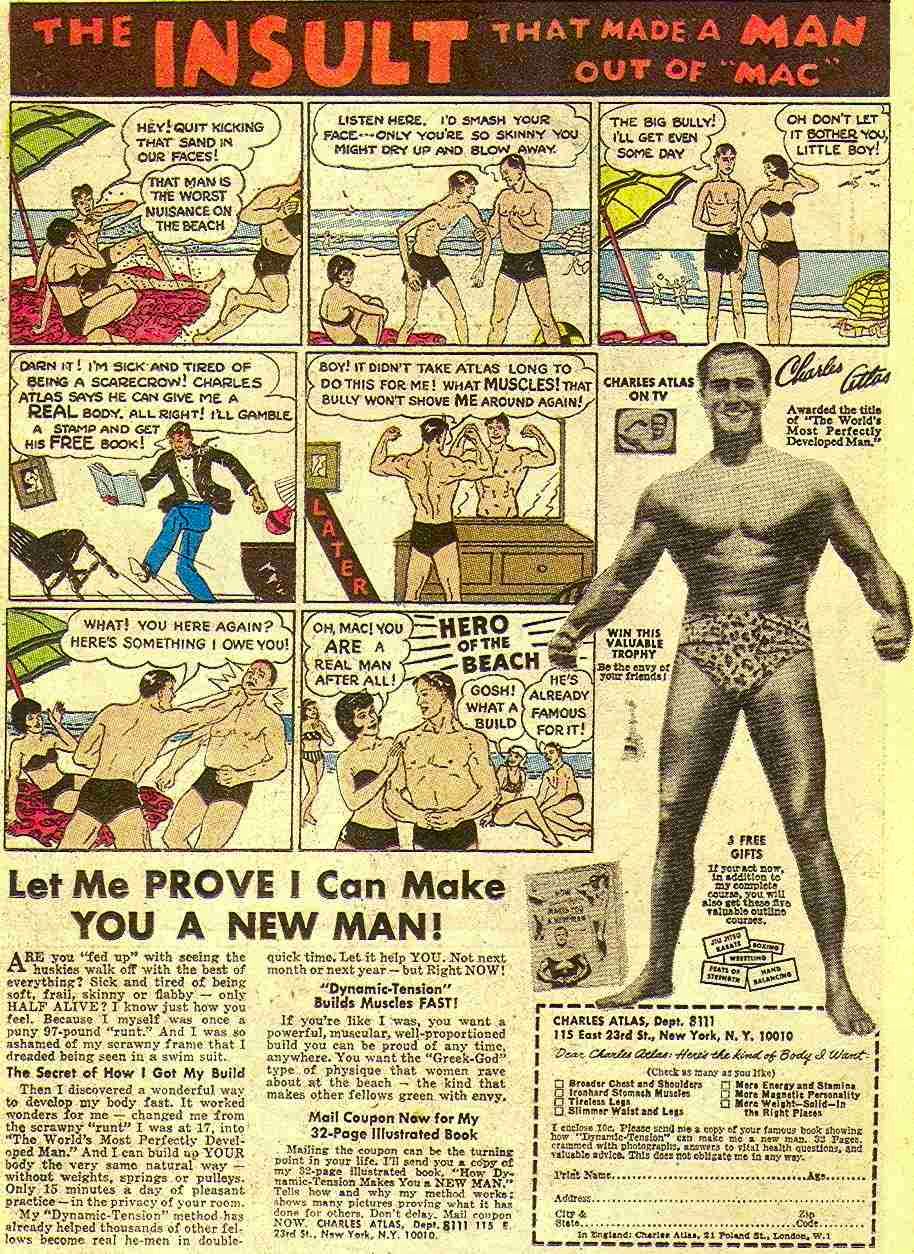 PS: On a side note,  I don’t blame the woman for feeling the way she does either because it’s an instinctive reaction. Men are so much more powerful than women are that they feel protected when they’re with a man. When that man turns out to be weak compared to other men, they feel vulnerable. It’s not a logical reaction, it’s at the gut level. It’s a, “He can’t protect me so I’m not safe with him” reaction. You can say it’s not fair, she shouldn’t feel that way, whatever you like, but it’s going to be there in a situation like that all the way down to her marrow even if she doesn’t say anything about it.