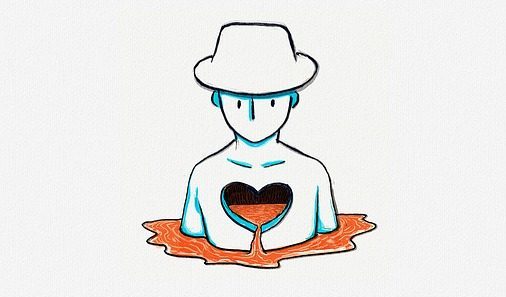 I feel for this guy. I really do.

I PLANNED to propose to my girlfriend but then she dumped me.

Now I’ve heard she has slept with three other guys since.

I so love her and thought things were great between us when out of the blue she said she just wanted to be friends.

I was gutted but she wouldn’t explain what had gone wrong and kept saying: “I don’t want to talk about it.”

We are both 22. I talked to a mutual friend, saying how much I was hoping to get back with my ex.

She messaged me the next day saying she thought I should know my ex had slept with three guys since we broke up.

I feel so jealous and upset.

The really brutal thing about this is that he will probably never get any closure. He thought things were going well, he was ready to propose, then she dumped him and won’t say why.

Moreover, especially given her age, it’s entirely possible that he didn’t do anything wrong. Our culture now pushes women to play around during their twenties and even if things were great, her girlfriends may have been whispering non-stop in her ear that she needed to enjoy her twenties and not get locked down with one guy. Of course, it could also be his fault, but we’ll never know.

So, the real question is what does he do now? Because his sweet little girl he wanted to lock down is out there racking up a body count. Does he try to get her back? The sad answer is, “no,” because of two things:

#2) Men have a reputation for being ruthless a few dates in when they take-off after sleeping with a woman that they barely know. However, a woman can have been in a relationship with you for years, know that you love her and then one day, maybe for a good reason or maybe not, all her affection for you can just switch off like a light switch. It happens all the time as many a man who has gotten divorced has learned the hard way. That’s why, in actuality, women are orders of magnitude more ruthless than men.

If she’s not feeling it anymore, chances are, she’s never feeling it again. Chasing her is just a recipe for frustration and heartbreak because if she doesn’t tell him to get lost, she’ll either string him along as alternate #3 or give him just enough affection to keep him hoping, while she plays him for ego enhancement and prizes.

The hard truth is that the smart thing for him to do is let her go and find someone new.