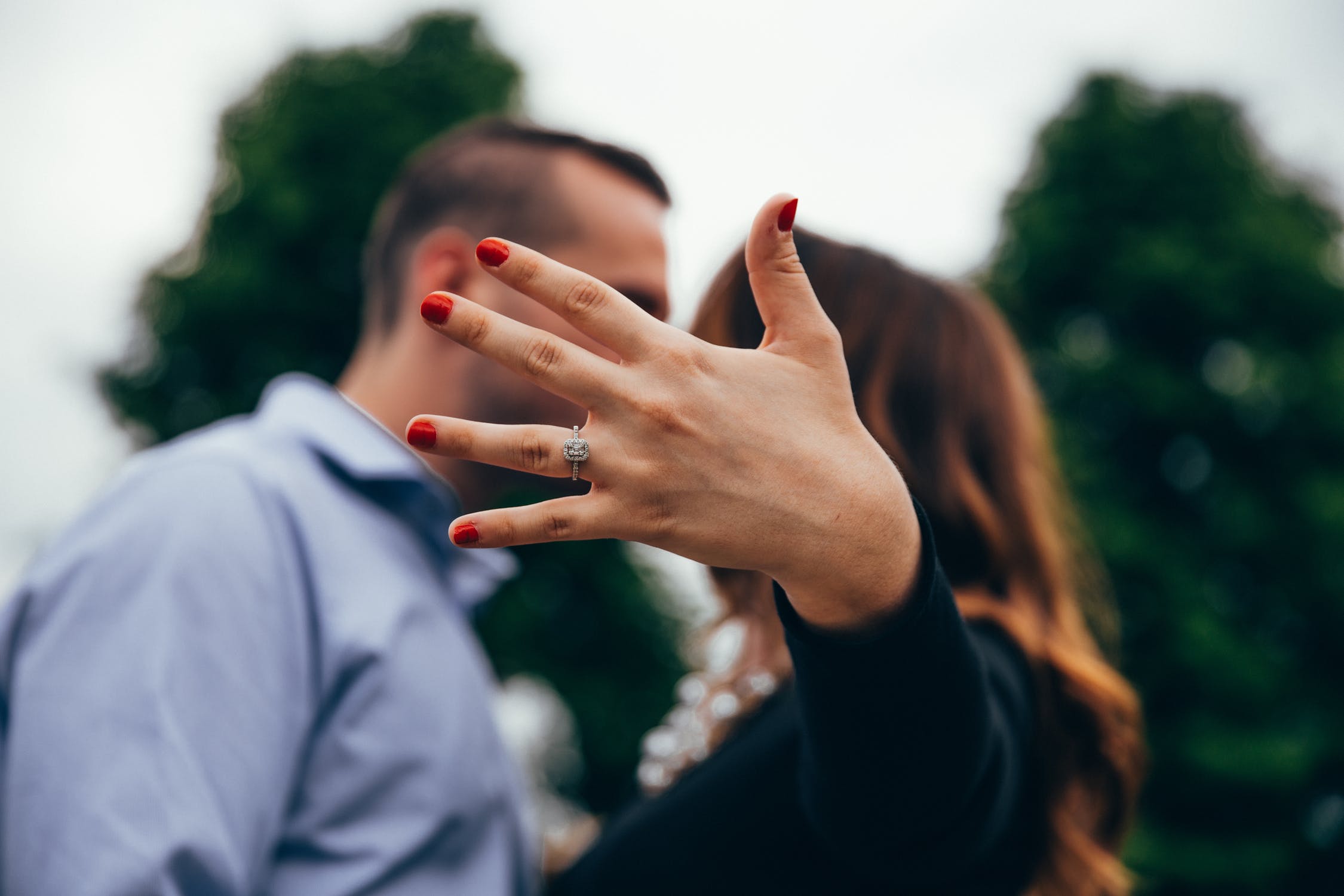 Can you imagine being in this guy’s place when this happened to him? Oof.

My (38/F) ex-fiance ghosted me (39/M) before our wedding. It’s been 16 years and now she wants to talk it over again. Should we reopen closed wounds?

I was never given an explanation. She just left and told nobody. It was literally right before our big wedding ceremony. She didn’t leave a note, nothing, just left. Even her family were left baffled. She just up and left. We had dated all through HS and all through College.

She eventually returned but, not too me. I had to learn via third party (her Parents) she had no intention of coming home. She wanted nothing to do with me and told her parents to avoid having me around. I never got a choice in the matter. I respected her wishes. I never understood why she did it. My only guess was she had a mental breakdown because she cut off all contact with everyone. We were both young and still growing. I don’t know but, I’ve struggled with it since.

Out of the blue she DM’s me on Facebook after all these years and wants to meet up. I’m an influx of emotions right now. Angry, nervous, hopeful, sad. I…I still have feelings for her. I don’t know if I could take her back. But, looking at her Facebook makes me miss her. She’s even better looking then she was before and SINGLE.

I’m conflicted. She won’t talk about anything as to why she left. She said it’s best to do so in person. The only thing I can tell is from her Facebook is a bunch of stuff about her being weak and living a life full of shame and regret and being lonely. This is dumb. She ghosted me and I should want nothing to do with her but, damnit, I still have feelings for her.. I never stopped thinking about her.

What should I do? Ghost her in return? Call her out? See where this “date” takes us?

At one point in time, this was a very important woman in his life. He was going to marry her. Even after all this time, he still has feelings for her & he said in a comment that he never stopped thinking of her. So, should he go meet with her? Absolutely, if only to get some closure.

Unfortunately, that closure may not turn out to be all that satisfying. He says they dated all through high school and college. He adds that when he was creeping on her Facebook page, she was talking about being weak and filled with shame. The obvious guess would be a pretty standard case of “cold feet” from a woman who had been dating the same guy all of her life and was wondering if she was getting married without really knowing if there was something better out there. Now, she’s 38, didn’t find anything better and is reaching out to her old boyfriend. Alternatively, I guess she could have been a closet alcoholic, just got clean and is trying to make amends. Maybe she’s even a secret agent who abandoned him to protect him from Chinese nationals trying to kill her. Granted, the cold feet explanation makes a lot more sense but finding out that you were dating the real-life version of a Black Widow would make for a better story.

In any case, meeting with her seems like the right thing to do, but beyond that, it’s hard to say. She has probably been the most traumatic experience in this guy’s life. That’s not something he should forget. It’s also possible that after 16 years, they may have both changed a lot. He can’t assume everything would be the same as it was before she ghosted him. On top of all that, they were in a serious relationship. If they got into one again, could he trust her not to run again before a wedding or worse yet, AFTER a wedding?

So, meet with her? Sure, but don’t idealize her and try to shoehorn this into some kind of epic romantic story, “After 16 years, she couldn’t stop thinking of me. I guess we were meant to be.” Maybe. Maybe she’s also been blowing up relationships for the last 16 years and she’s going back to the one guy that was willing to commit way back, when. Don’t get your hopes up. Listen to what she has to say. Play it slow if there’s anything to play and talk it over with some trusted advisors afterward. This is a moment he probably never thought would happen. All you can really do is wish him well and wonder how it plays out.

Update: This guy updated his post. If you want to know what happened, here you go.

Update: My (38/F) ex-fiance ghosted me (39/M) before our wedding. It’s been 16 years and now she wants to talk it over again. Should we reopen closed wounds?
Quality
previous

Well, that was something. I got closure at least.

We met at a cafe and sat and talked outside. The first thing I noticed was how badly scarred her arms were and how much pain was in her face. Long story short she wanted to break up long before the wedding, she was too weak and cowardly to speak up for herself. She had a complete nervous breakdown over everything. She had been tired of being forced into doing things she never wanted to do and never having the guts to stand up for herself. She was mad at her family pressuring her to get married and pump out kids, she was mad at them forcing her into a degree that she didn’t want, she was mad herself for not being able to speak up. Nothing she did was justified which we agreed on.

When I first proposed to her I did it in a public area. I had put her on the spot and she wanted to say no but, she couldn’t bare to see me hurt. She was right. I made all the choices for her. I was a very different person back then and she was very “meek” as in she just went with the flow and had no backbone. I drowned her voice out often and often never gave her the chance to grow to be a person. Back then I was often focused only on myself.

Well, everything came to a climax and she had a complete mental breakdown. She ran way from her problems at the beheast of her best Friend and only person in the world she ever trusted. As she said it’s the only thing she knows how to do: run. She never had the spine to speak up.

Her life just spiraled downwards. She did a few years homeless after her bestfriends husband kicked her to the curb. The rest of that time was spent in Prison, which she didn’t specify what she did. She was released about a year ago and has been turning her life around. She has a job, she’s reconnected with her parents and she’s finally reconnecting with me. She never stopped trying to get in touch with me.

As for our future. We have none. We both agreed to end things and go our separate ways. We both are changed, two different people. We have nothing in common and don’t live near each other. She doesn’t justify what she did nor does she want to be forgiven. She thinks its repulsive and is ashamed of her actions. I wanted to be angry but, i couldn’t. I just forgave her. With that we shook hands said our goodbyes and that will likely be the last time we ever see one another.

It’s bittersweet. I got the closure I wanted. We both did. It feels like a burden was released. I know now we never had a future together and never will. But, on the other I’m sad because it’s over. All these years maybe hoping something would happen were for naught. But, in the end this is an ending and I finally have closure. Not many get to say that.

Do I believe her story? Yes, I do and even if she’s full of shit at this point does it even matter? I’ve always known her to be very weak willed, meek. She often just does what everyone tells her to do and often runs when things get too difficult. She avoids her problems because was too weak to stand up to them. I mean it makes sense why her family would not talk to me about her. They were the typical tiger parents that disowned their problem child.