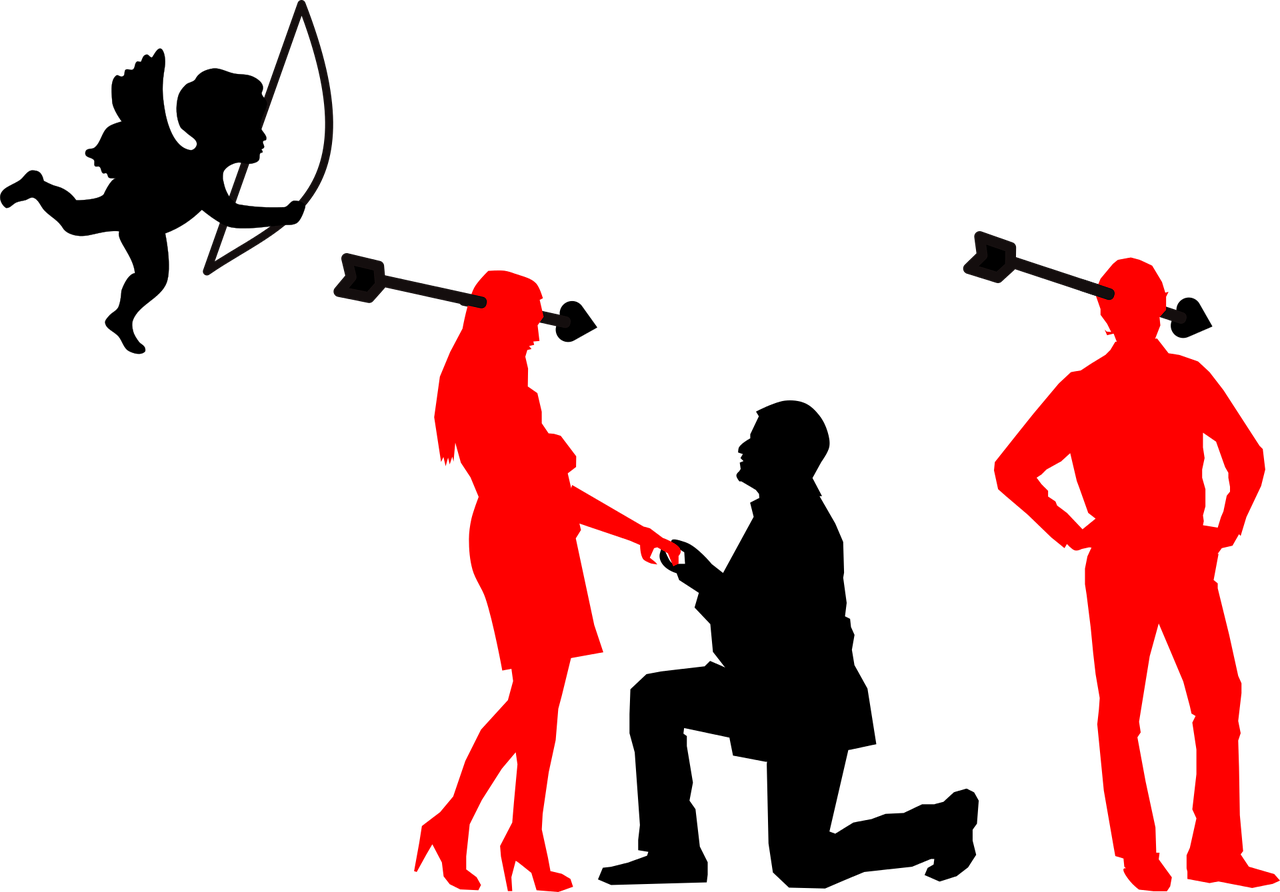 Imagine being in a relationship for 3 years, think it’s all going fantastic and then having this happen…

this is way longer than I expected, please just read the first 3 paragraphs and then decide if you wanna read the rest.

Really long story that I’m unsure people want to hear. I just don’t have any friends to support me and this is by far the hardest thing I’ve had to do yet (I’m 22, M).

It’s not a toxic relationship I think. It’s not sudden, too. I have talked to 2 psychologists and both agree and advised me to do it, also a friend that I’m not close to but I know she’s pretty wise.

I’m feeling devasted. Worst feeling I’ve ever felt. I feel like tomorrow I’m gonna die (I know, I know. Teenager behavior). I’m just looking for some kind words to be honest, I could use the support, God knows. If you read this just leave anything in this comments, I will be deeply grateful.

For those interested in why, here’s the entire story:

I found this girl on tinder by the end of 2016, she was incredible, I was really happy and made a ton of effort to be with her. I’m extremely good at demonstrating affection which helped a lot. I would take 2 busses across the city to see her for 5 min, we would talk the entire day, etc. On our 3rd date I decided to ask her to be my girlfriend, to which she said it was too soon. A few weeks later she gave me a not so subtle nod to ask again, and we started dating.

We were a model relationship, always have been. Excellent communication, fought problems not each other, clear intent to be together and build a life together, trust always, I just love (yes, in the present) this woman. She’s everything to me. Gifts, surprise parties, crying together, traveling to incredible places, the whole deal. I cannot stress enough how amazing of a relationship this was. Never flawless, always perfect because of these flaws.

In March of this year, before lockdown, I was at her house and we had a wonderful day, we had our intimacy, talked, etc. While we were in bed talking she told me she had something very important to say: she proposed we tried to have an open relationship. The reason she gave me is that she really misses feeling passion, that animalistic desire and feeling like there is nothing more in the world, the thing that makes you stupid. Not gonna lie, that hit so hard I was in shock, and I tried to make it work, I tried to accept it, think about it, we even made a list of rules or something. Of course, that’s not me. It would never work and I told her so after 2 days, days in which she was extremely happy and excited.

That’s when things went downhill. We had a ton of fights, a ton of serious discussions, a ton of guilt, a ton of pain going around. We tried to discover why she was feeling like that. During this time I heard a lot, you know. I heard that I’m not manly, that I’m not sexually attractive, that I’m boring, that I don’t try to make her feel like that, all my many actions are for love, not passion, that she has to avoid watching romance movies now, that she has to actively fight against feeling passion towards other men, etc.

We went to a psychologist and she helped us clarify some things. Mostly that this has nothing to do with me and everything to do with her changing and being unsure. She holds this very idealised vision of passion, that it is just like in a movie, and refuses to accept that it is idealised, she says it is like that and she has had several experiences like that. She wanted to have both her idealised passion and her relationship with me.

She also says that she feels like a mother and not a partner to me a lot of times. Which my psychologist agrees and I also do. I have put her in a central position in my life. She is indeed everything to me, and this is unhealthy and a lot of pressure on her. You see, I have a rough time with social interaction and she helped me out, introduced common friends, such. My life almost revolved around her.

This culminated last week. I parked my car in front of her apartment and we talked inside the car. I basically said this indecision was really painful to me and I did not feel loved, desired, respected, nothing. After some talk she said that she was either to give up this amazing relationship with an incredible guy she loves or she would have to give upa very essential part of herself. She told me that, since I was incapable of making her feel passion because it was not who I was or because it was uncomfortable to me, she would have to pay this price.

Next day she told me she talked to her family, mother and older cousing, and both agreed that love was very rare and she should stay with me. She told me that this was her decision. Although… I didn’t feel like that. She didn’t act like that. She acted very indifferent, uninterested.

After some convincing she told me she was mourning the part of herself she would have to give up. She was feeling awful, between the cross and the sword, unsupported, dead, anxious, you get the gist. Now, as she said, everything that matters is making me feel happy. That would be what she would focus on. Me. And hopefully she would not lose the shine in her eyes as I’m not the center of her life, she has family, friends, a career, etc.

I told all this to my psychologist and she told me the best option would be to break up. It would be the best option to actually restore our relationship (she would feel like I’m not something guaranteed, feel this impact that she may really lose this and also this would give her a chance to have this experiences she desire so much and then see if they are more worth it to her) while also giving me time and space to grow up alone, if anything. It’s either that or stay in the relationship that’s hurting me a ton until I can’t handle it anymore.

That’s mostly it I think. I could never share how amazing these years were, but they were the best in my life.

Tomorrow I will do it. Tomorrow I will break up with her. I hope she sees what, well, most people are seeing and does something about it. It has to be short and clean.

Thank you if you have read until here, I really appreciate you.

So, it sounds like there are two things going on here. First of all, it sounds like he made the mistake of putting her up on a pedestal and centering his life around her:

I have put her in a central position in my life. She is indeed everything to me, and this is unhealthy and a lot of pressure on her.

This is an idealized thing that our culture pushes, but as a practical matter, nobody likes this long-term. If someone is putting you at the center of their life, what does it say about them? It says that they have nothing going on. It’s like a fan crushing on Justin Bieber or Taylor Swift. For the fan, it may be the greatest moment of their life, but for the celeb, they’re going to be thinking, “I could be doing so much better.”

On the other hand, she sounds like she has her own issues:

We went to a psychologist and she helped us clarify some things. Mostly that this has nothing to do with me and everything to do with her changing and being unsure. She holds this very idealised vision of passion, that it is just like in a movie, and refuses to accept that it is idealised, she says it is like that and she has had several experiences like that. She wanted to have both her idealised passion and her relationship with me.

You know when relationships can have that, “idealised vision of passion, that it is just like in a movie?” When they start and the person sitting across from you is brand new and you experience the excitement of connecting with them, getting to know them, and imagining what they look like naked. Then if things go well, your brain gives you “the good chemicals” and it’s passion city. That can go on for a while, but generally not forever. When that stage ends, it doesn’t mean there’s no passion or love anymore, it’s just different. It HAS TO BE. When you’re on year 5 and you’ve both seen each other naked hundreds of times, heard each other’s cool stories on multiple occasions and you pick up each other’s dirty clothes and sit down to talk about who’s paying the bills and who’s taking out the trash this week, it can still be good, but it’s not going to be that same kind of lightning strike that it was right at the beginning. If that’s something you “need” to feel like a relationship is worthwhile, you’re going to blow out a lot of good relationships and it wouldn’t be a shocker if end up divorced 4-5 times while you chase that new high.

Is he right to break up with her? It’s sad for him, but absolutely, because he’s in a no-win situation. Either he lets her disrespect him by chasing other guys around or she stays in the relationship and pouts because he isn’t giving her the tingles until she inevitably cheats on him. The good news is that he’s 22 years old and he has plenty of time to create a new, healthier relationship dynamic with another woman.