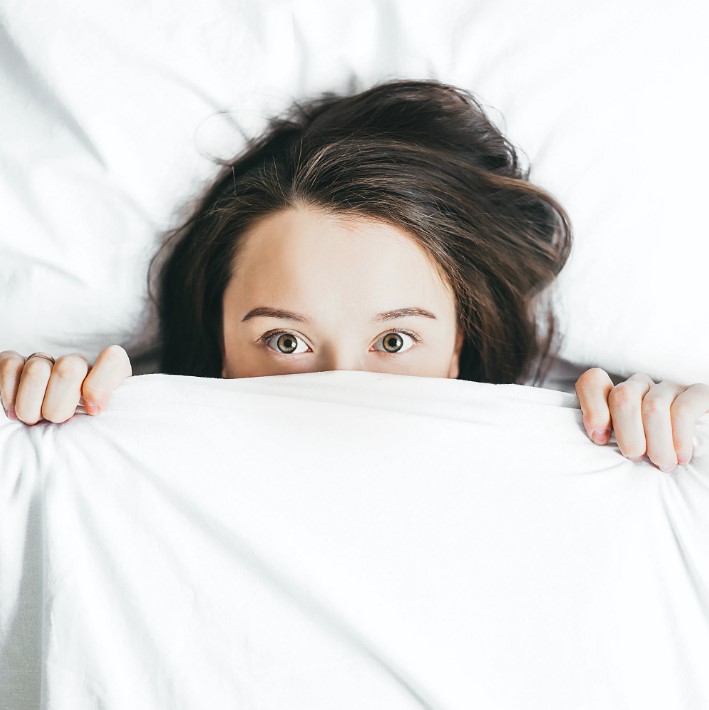 When your relationship is so bad it makes you depressed, that’s an important clue about whether you should move on.

I’ve (28 m) been with my girlfriend (27 f) for almost 2 years. We’ve fought A LOT. 99% of the fights are because she has something to complain about, about me. Our fights always end with me apologizing for things I feel I don’t need to apologise for but I love her. She constantly fishes for an opportunity to give me sh*t. She got mad that I would make typos in my texts to her. Her reasoning was that I’m always on my phone and don’t respect her enough to pay attention to what I’m typing. I use Swype and I’m prone to typos, especially when I’m trying to type fast. She’s gotten mad at me for the most ridiculous things, I offered to buy her a new car windshield and she got mad saying that she doesn’t want to rely on my money. Dragged me through the dirt about it saying that I don’t respect her enough that she can take care of herself. I’ve made an entire list of all the things she’s gotten mad at me for that I don’t think are worth getting mad at. Maybe I’m the asshole for not caring about her feelings but there’s just so much really insignificant things she’s blown a gasket for. It stresses me out to “try” to fix it. There have been times where SHE made me really upset, to the point of tears. She somehow turned it on me and made ME the bad guy… She made me cry and I ended up apologizing to her. She swears she loves me like crazy! We’ve broken up and gotten back together twice. She’s the one who ends up begging to stay and that she doesn’t want to lose me. We have awesome moments when we’re ok but we also have times where SHE wants to fight all the time. I tend to avoid conflict and not take little things to heart. She on the other hand takes every little thing I do to heart. So I’m constantly walking on eggshells with her; can’t say the wrong thing, make sure I do everything her way and so on. But she treats me well too, always thinking about what I want to eat, planning trips, is always down for a beer with me, and supports my extra curricular activities. We get along equally as much as we fight. I just wanted to vent to a bunch of strangers online.

We really don’t have enough to go on to make a definitive judgment here, but the three words that immediately pop into my mind after reading this are, “Borderline Personality Disorder.”

Relationships with a woman with BPD often start off with a burst of love bombing. If you’ve ever experienced “love bombing” — when a woman praises you constantly and thinks you’re amazing, heroic and can do no wrong — it’s a hell of an experience. In fact, it can be very addictive because even after things get bad with a woman that has BPD, you still end up thinking of how mind-bogglingly awesome it was during the honeymoon period in the beginning.

Furthermore, many people assume women with Borderline Personality Disorder are just standard-issue crazy, but that’s not necessarily true. Women with BDP can be intelligent, charming, caring, moral and generally terrific people in many ways.

However, women with BPD tend to also have a very black and white view of the world. Either you’re her perfect man that can do no wrong OR you’re a jerk who’s deliberately doing things to disrespect her and get on her nerves. Incidentally, women with Borderline Personality Disorder can shift between these two extremes. So, things seem to be going really well and she’s reminding you of why you thought she was so amazing, to begin with, then she gets upset over something so trivial you couldn’t have even predicted it. Next thing you know, both of you have been fighting for days over basically nothing. Yet, even though you are doing everything you can to avoid a fight, it doesn’t work because she’s so sensitive that she can take nearly anything you say as an insult.

This creates a horrible situation for the guy. He remembers how incredible this woman was and he still gets glimpses of it, but she’s so difficult that he inevitably ends up walking on eggshells to try to avoid a fight. Sadly, even that doesn’t work and it becomes like gaslighting on steroids because a woman with BPD really believes you are trying to disrespect her cooking when you ask if she wants to go out to eat or that you’re saying she’s incompetent if you offer to help her with a computer problem. Next thing you know, you’re wondering if some statement you made that 999 out of 1000 people wouldn’t have thought twice about was actually some kind of backhanded insult that you didn’t realize you were making. Yet ironically, these women are also terrified of abandonment, so if you start pulling away because of all the fighting, they will chase you and you’ll start to believe things can be like they used to be and the whole cycle will start all over again.

It’s a cruel, cruel mental illness for BOTH people. People with BPD can be absolutely miserable to be around and at the same time, the (usually) woman suffering with BPD is destined to constantly feel like she’s met the perfect man, only to be inevitably disappointed by him before he abandons her, just like everyone else.

This is also a difficult condition to treat via therapy, although it’s not impossible. If a woman is genuinely motivated to work through her issues in therapy, she can make progress, BUT does she even think she has a problem or does her disorder trick her into believing the problem is the people she’s been around?

If you think you’re with a woman that has BPD, the first step is learning more about it. If you want a book, I’d recommend, “Stop Walking on Eggshells: Taking Your Life Back When Someone You Care About Has Borderline Personality Disorder.” Once you get a handle on what’s happening, it probably won’t save your relationship, but it will at least help keep you sane while you are figuring out what to do.

In this guy’s case, she’s literally driving him to depression and he’s walking on eggshells to try to keep the peace. Living like that long-term is a recipe for misery and he should think long and hard about whether he wants to continue down that road.